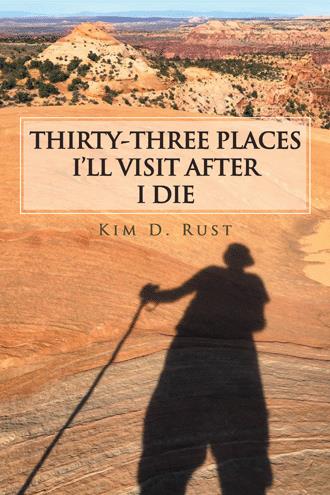 EIGHT MONTHS OF ENDURANCE -1988 In the spring of 1987, after fifteen years of total commitment and involvement in the equities markets, my stock brokerage career came to a somewhat abrupt halt. Starting with no brokers, in nine months I had built a dominant marketing team of stockbrokers in Chicago. In place, on phones, marketing securities, were sixty licensed brokers and another twenty-five in school preparing for their securities test. To facilitate this, I had signed a several years' lease covering the entire top floor of the Traders Building on South Lasalle Street, with future payments of around $900,000. A business associate/financier I had known for a long time had pledged a $100,000 letter of credit to guarantee this lease. Yes, I knew the end of my licensed days was coming, but still, it happened quickly. In rapid succession, the State of Illinois declared my license was no longer valid in the state. The National Association of Securities Dealers, NASD, the all-powerful self-regulatory body, had revoked my license due to my 1985 securities conviction in Colorado and the Securities and Exchange Commission, SEC, now felt it was time, after five years, to take me to court to impose sanctions. I was between a rock and a bigger rock. To protect my investor, keep a “home” for my brokers and reap a small amount of cash, I sold the branch office for ten cents on the dollar to another firm. Since the selling of my share of equity in my large firm in 1982 to my partners for over a million dollars and its subsequent demise, I had created two more stock brokerage firms in Denver, J.W. Gant and Dunhill Investments. Also, I started a branch office of Dunhill, that became larger than the home office, in Chicago. All this, “sub rosa,” so to speak. It wasn’t illegal to do so, but I knew the day of reckoning was coming, I just didn’t know when, and when it did, I didn’t want it to affect the firm with which I was involved. Frankly, I was tired. Tired of either indirectly or directly fighting to “stay alive” in a field in which I knew my time was limited. I was forty-five years old, without a career and a bit mid-life-crazy. It was over. Now on to a new life, but what? As I’ve stated earlier, I have done some of my most creative thinking while running. While running along Lake Michigan one morning it came to me, I formulated my next chapter. Flawed tho it may have been, it gave me direction and hope, both of which I desperately needed. For some reason, the book, “The Adventurer’s Guide” by Jack Wheeler flashed in my mind. I had read it in 1976, the year of its publication. Jack wrote about his adventures as a teenager, such as living with headhunters, swimming the Bosporus, climbing the Matterhorn and more. Why couldn’t I construct a similar theme of adventures, participating as a middle-aged man? Although I felt I was no better than average relative to my athletic ability, I had run over a dozen marathons and climbed a few peaks. Thus, I had the confidence to tackle any endurance event. I knew that if I decided to attempt something, I had the mental and physical stamina to train for and complete it. I certainly had the time, and far from being financially secure, I had the financial where-with-all to spend a few months making the formulated endeavor a reality. Unlike most books about world-class athletes accomplishing unheard of feats, this book would feature an average forty-six-year-old man who would set out to complete several endurance events in eight months, any one of which would be a significant accomplishment for most people. The message of the book would be that by setting a goal and challenging oneself to do something difficult, once accomplished, it sheds confidence and a sense of well-being that transcends to all aspects of one’s life: your relationships, your business, your parenting, everything. The end result; a much more quality, happy life. The challenge could be anything that appealed: learning to wire a house, learning a foreign language, starting a recycling program in a school, becoming a Scoutmaster, anything that required time and effort and wasn’t easily obtained. I chose the endurance arena. Partly because I thought it would be healthy, partly because I thought it would be good content for a book and partly because it would be challenging, but fun. My mind whirled with thoughts of different events, but the one I really wanted was the World Championship Ironman Triathlon in Kona, Hawaii. I had been hearing of it for years, even watched it on TV a couple of time. What could be tougher than a swim in the Pacific Ocean for 2.4 miles, followed by a bicycle ride of 112 miles, then run a marathon, 26.2 miles, all in less than seventeen hours? I decided that the Ironman would be the culmination of other outings that were designed to prepare me for the event, namely: swimming, biking, running and general conditioning, mountain climbing. As usual with my life, I did no research on the Ironman, I presumed anyone could participate and blindly proceeded forward. Only later did I find out I had to qualify to be admitted. The Events The endurance challenges I chose to complete in eight months, beginning in March of 1988, in order of participation were: 1. Run Los Angles Marathon (26.2 miles) 2. Run Boston Marathon (26.2 miles) 3. Ride Coast to Coast Bicycle (2,400 miles) 4. Climb Devils Tower, WY (5,112 feet - 1,300 feet technical) 5. Climb the Grand Teton, WY (13,911 feet) 6. Run Rim to Rim Grand Canyon (20.6 miles) 7. Swim Alcatraz to San Francisco, CA (1.5 miles) 8. Ironman Triathlon (swim 2.4 mi., bike 112 mi., run 26.2 mi.)

During his life, the author has subscribed to and lived the adage “what can be conceived and believed can be achieved.” This book outlines the writer’s life, his achievements, his failures and his adventures. Have you ever thought of wanting to or wondering what would be required to: 1. Become an officer in the U. S. Army and survive a war 2. Form, own and build a multimillion-dollar stock brokerage firm, with a salary, once prosperous, of $100,000 per month, then lose it all 3. At the age of forty-six, run two marathons, ride a bicycle coast to coast in thirty days, climb the Grand Teton and Devils Tower, run rim to rim of the Grand Canyon, swim Alcatraz to San Francisco then complete the Ironman Triathlon in Kona, Hawaii, doing it all in eight months 4. Be a partner in an investment banking firm 5. Climb high mountains on three continents 6. Live in a village in Italy of fewer than one hundred people, where no one speaks a word of English, for two to three months a year 7. Live for months in a home on a beach in Mexico Live vicariously through the narrative or use the descriptive tales as a primer to do it yourself. Henry David Thoreau is credited with the quote, “Most men lead lives of quiet desperation and die with their song still inside them.” Quite the opposite, the author’s philosophy of life is “just do it.”

After having been raised on a farm outside of a town of two hundred and fifty people in Iowa, over the years, he has become a “world citizen” by traveling to over fifty countries on five continents. Following four unproductive years at a university, the next four years were spent in the U. S. Army, rising in the ranks from private to captain, including serving one year in the war in Vietnam. Next, after obtaining his college degree and spending several years as a stockbroker, he, along with two partners, formed what quickly became the largest “penny stock” brokerage firm in the United States, with revenues in the tens of millions of dollars. As happens in many endeavors, quick gains and success turned into rapid losses. Such was the case, and the damage was more than just money; friends, prestige, power and, for a short time, freedom vanished. To supplant the anguish of the ensuing void, Kim turned to endurance sports, to include mountain climbing on three continents, distance running, bicycling and swimming, culminating in the Ironman Triathlon in Kona, Hawaii at the age of 46. After a hiatus from business for almost ten years, he returned as a partner in a successful Denver, Colorado-based investment banking firm for nine years. Retirement, for the last decade, has led to visiting over thirty-five countries and living for extended periods several times in tiny villages in both Mexico and Italy, while learning to become part of those communities where little or no English was spoken. Throughout these endeavors, he was instrumental in helping raise three delightful, loving children. Relative to most, Kim has led several lives, each of which is an adventure. While experiencing both extreme highs and crippling lows, he has achieved what should be the dream of everyone, happiness. Reading this book could prove to be a “roadmap” for others searching to make their lives more complete. It’s been a “hell of a ride.”