How Dogs and Humans Domesticated One Another 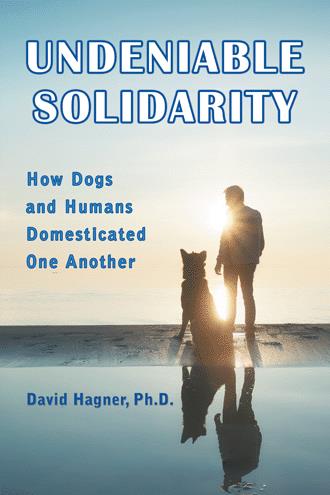 Dogs observe us closely and resonate with the flow of our actions and feelings. The 19th century composer Richard Wagner had a dog named Peps – an English toy or Cavalier King Charles spaniel – who rested on a cushion next to the piano while Wagner composed music. At some point Wagner became aware that Peps responded to the emotional tone his compositions produced. The responses were not random, they seemed to vary with differences in the key of the music. The key of Eb minor was accompanied by a calm tail wag. When the key changed to E major, Peps raised his head in an excited manner. In his opera Lohengrin Wagner used hints supplied in this way by Peps to give each main character his or her own key. For example, passages featuring Lohengrin, the hero, were in A major. Those featuring Ortrud, the villain, were in F# minor. Wagner informally referred to Peps as the coauthor of Lohengrin. In this and his subsequent works, frequent key changes became a signature feature of Wagner’s compositions, and this innovation had a lasting influence on the history of music. A relationship with a dog can even help us respond better to the emotions of other people. A study by Brigit Stetina and her colleagues at the University of Vienna showed that both children and adults were able to identify emotions in people faster and more accurately after observing those emotions in dogs. We apparently use human-dog interactions, at least some of the time, to help us understand our human-human interactions. An important part of a dog’s responsiveness is that they like to be physically close and feel the touch of their bodies against ours. Touch has a calming effect, and we never question motives or look for complex interpretations when a dog snuggles up to us. In 1961, in the midst of the Cuban missile crisis, President Kennedy’s national security team was gathered in the Oval Office. Messages were being sent back and forth between the U.S. and the Soviet Union, and options were being considered. As the crisis intensified, the room became extraordinarily tense. The world was on the brink of nuclear war. At that point President Kennedy asked for his terrier Charlie to be brought to him. Charlie lept into Kennedy’s lap as he continued to listen to the discussion while petting his dog. After a while, Kennedy seemed to visibly relax. He handed Charlie back to the White House kennel keeper and announced, “OK, now its time to make some decisions” (quoted in Coren, 2002, p. 266). Kennedy’s calm responses are often credited with resolving the crisis. It is unreasonable to suggest that this sort of calming effect can be explained simply by saying that Charlie was nonjudgmental and accepting. Clearly, President Kennedy and Charlie had a deep bond with one another. Charlie knew what his friend needed from him in that moment, and no doubt the physical contact between the two of them was an important part of their relationship. The calming effect of dogs on humans is both profound and mysterious. Sigmund Freud speculated in his letters about what it was about dogs that had the impact he observed with Jofi during psychoanalysis sessions. His correspondence about dogs was primarily with Marie Bonaparte, with whom he shared a love of dogs. It was Marie Bonaparte, granddaughter of Napoleon’s brother, who paid ransom to Nazi officials to allow the Freud family to emigrate from Austria to England in 1938 rather than being sent to a concentration camp. In his letters to her, Freud speculated that the dog gave his patients a sense of safety and a feeling of reassurance. In one letter (#228), he wrote that dogs offer “affection without ambivalence, the simplicity of life free from the almost unbearable conflicts of civilization, the beauty of an existence complete in itself. And yet there is the feeling of an intimate affinity, of an undeniable solidarity.” The simplicity of our relationship with dogs seems to provide a welcome contrast to the complexity of the rest of our lives. Olga Solomon found that children having difficulty with social relationships could feel successful with a service dog because a dog’s behavior is not difficult to understand. This appreciation of simplicity, as a welcome respite from the bewildering confusion of human relationships, is by no means confined to children or to people with disabilities. Frederick the Great of Prussia is said to have remarked, “The more I deal with people, the more I like my dog” (quoted in Coren, 2002, p. 65). But why would a patient of Freud’s talking with him in his office feel safer and more peaceful with Jofi around? Why would the children Barry Levinson was treating for emotional disturbance make more progress when Jingles was present? We have still not fully answered these questions. The way the presence of a dog can make us feel more relaxed and secure must have something to do with a uniquely deep and enduring bond that our two species have formed with one another. British biologist Peter Smith, interviewed for BBC News, reminds us that a “deep, deep connection has existed between man and wolves – now dogs – for many tens of thousands of years, and that is why we love dogs so much. They are part of our own evolution into a modern society.” What happened over tens of thousands of years that made dogs who they are, us who we are, and the bond between us so powerful?

Undeniable Solidarity tells the story of our long partnership with dogs from the first friendly wolves who guarded our sleep during the Stone Age to their roles today as our best friends, trusted and joyful pets, and their service as therapy, detection, and rescue dogs. Dogs and humans have lived together for thirty thousand years, and they have changed us as much as we have changed them. Based on author David Hagner’s work as a rehabilitation counselor with therapy and service dogs, drawing on information from archaeology, world mythology, sleep science, dog behavior, and philosophy and enlivened with stories of the role dogs have played in the lives of famous historical figures, Undeniable Solidarity revolutionizes our understanding of the bond between dogs and humans and gives us a deeper appreciation of our partner species.

David Hagner has worked with therapy dogs as a rehabilitation counselor and university professor. He has authored five previous books and numerous book chapters and articles and has lectured nationally and internationally. Dr. Hagner lives with his wife Susan in Concord NH. He has 2 children and 4 grandchildren. When not writing he raises chickens, composes music, and hikes in the woods with his dog Poco.