A Twisted Shade of Green

Portrayal of Lust and Revenge 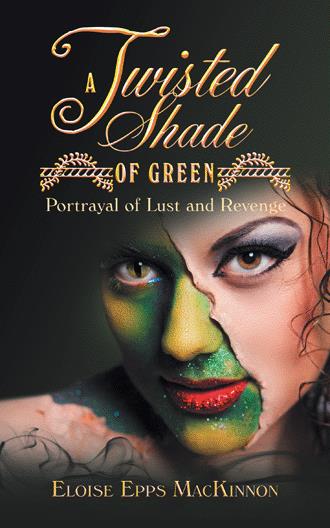 June 15, 2012, Move-in day! A date Kali Mathias will remember for life. This was no ordinary day for Kali, as she packs up the last of her belongings while waiting on the movers to arrive. Kali was nearing forty years of life and has been dumped by more men than the law allows for one woman. But, today Kali’s ecstatic to leave those men worries behind as she invites her sidekicks along; a few extra love handles and self-doubt uptown to mingle with the upper crest of society. She’s going to rub noses with the Springfield, Virginia ballers; and her long-time, gossipy friend, Martha Hayward. Not only was Kali entering into a strange world. She is moving her low self-esteem along with feelings of not being enough; pretty enough, skinny enough, or worthy enough. But oddly enough, she casts her lustful eyes on a man’s soul that’s held by another, and the desired one of every woman’s palate in Springfield. A fit man, who’s 5’ 11” tall, dark, strapping physique shrieks sex appeal from the top of his head to the tip of his toes. A man, Kali didn’t have the prettiness to allure but desired with every inch of her being. So many ladies desire to take a ride on Glen Monroe’s arm. But did not understand what the going rate was for a Seasonal Man, nor his style of love, lust, deceit, and money it requires; other than his current seasonal; Jo-Ann Parks. Nonetheless, it was the seasonal love sought-after by all of Springfield’s finest; even Kali Mathias. But, unlike Jo-Ann Parks and all the rest, Kali has what most of the other women didn’t. Kali has lots of money and a quick calculating mind to know beauty wasn’t her undisclosed weapon. Kali uses what she has the most of to entice all men to take a second eyeful; money. The more cash she tempts a man’s ego with, the more he thirsts Kali’s love and affection. Some were able to flee Kali’s web of cash bribes such as Joseph Carlson; however, she was certain it would be a welcoming invitation for Glen Monroe. After what seems like a lifetime of being disregarded by Mr. Glen Monroe. Kali gets valorous! Kali decides if the man didn’t want to come to her, then she’ll take the party to him. As Kali confidently sashays into Hay-Way Market, Glen’s workplace on a sunshiny, warm summer day. It has been almost two years since Kali moved into Springfield. Kali’s day has finally come as she cruises up and down Glen’s market aisles trying to gets a bit better acquainted with him. Kali begins to get a feel for him as a man; like she is exploring the heart of his very soul. Kali knows she could trap Glen with one of his own demons; money. It’s a scheme that Kali’s been planning since the moment she moved to Springfield; even when Joseph Carlson ramshackle through the wall of her core stampeding upon her life. Kali smile as she utters. “One might even say, God has a sense of humor!” Mainly this man of Kali’s dream always seems to come forth at that moment, she desires Glen Monroe the most. Somehow, momentarily snatching Kali’s prize away from her mind for an earth-shattering, temporary fix. Only, placing her heart that much farther away from Glen’s; the one man, Kali’s body, craves him night-after-night. Kali walks to Glen’s register with the bribes in hand. She sees Glen’s eyes hook in on the two-hundred dollar bottle of champagne, but Glen isn’t basing Kali’s worth on the two-hundred dollar bottle of champagne. Glen’s greedy eyes were fixated on the payment with her Black American Express Card. In his head as the cha-ching of the cash register add up Kali’s entrapment items, Glen’s susceptible eyes were growing faithfully in-love with her Black American Express card. Smiling, he avidly voices. “Why hellooo beautiful! My name is Glen Monroe, and I’m the Store Manager here.” He beams sinfully at Kali. “Did you find everything your heart was searching after or did you forget one thing in your cart?” Of course, he is referring to himself as the forgotten item on her list. Batting her long sexy eyelashes, Kali teasingly laughs as she glances into Glen’s eyes uttering. “You could not possibly be referring to yourself, as my missing object?” Kali keeps on playfully trying to lead Glen on, as she returns his scandalous smile followed by a sexy wink. Glaring nonstop into her face, he licks his lips a little before expelling. “Well, from the looks of your bag, it is a bit empty when I’m available in twenty minutes!” From that moment on, Kali knows she has ensnared Glen’s heart. However; it was Kali whose introduced to a new realism; a world which belongs to; no other, then Glen Monroe. A place where a woman discovers a taste of a scorned man’s heartbreak, lust, and greed as a prize for his own justice. An area where Glen’s colorful invite is only offered to ladies of wealth by personal invitation to enter. An empire of a Seasonal Man where there’s no escape for your heart or soul, not unless Glen desires to set you free. An undisclosed land, where passion makes one believe she has Glen’s entire world at their feet, but at the same time, she must lose her soul to have. A hold of sapid vengeance which quickly entraps Kali’s essence camouflaged by love sugarcoated with deception, greed, and lust. 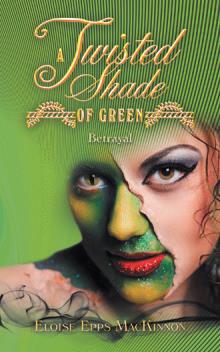 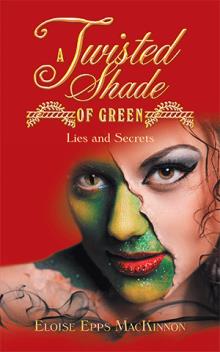 Love Conquers All! Kali Mathias knew that, being cursed with a beauty like hers, it was less likely for a man’s eye to want a second glimpse of her. That is, not until the day her eye rested upon Mr. Glen Monroe—the one man who would not easily be had. A woman needed an exclusive invitation to taste the passion that awaited them inside Glen’s empire. It was a colorful world of green where a taste of love portrayed revenge, deceit, and lust and where a beautiful woman could partake of such pleasures. Glen and Kali were both undergoing a broken heart at the hands of a twisted shade of green when they first met. Glen got Kali, and Kali got Glen. Kali thought she would never be acceptable. She was not slim enough, not tall enough, or pretty enough to please a man. On the other hand, Glen knew he was more than enough; he was handsome and breathtaking at the same time. He was more than enough for any woman to behold. Regardless of that discord, they both confusingly questioned their faith in God and opted for a doltish lifestyle. Hers based on a lustful appetite; his based on revenge. Glen’s faith was almost null to the point where he believed that all he had was enough to get him through life. And Kali, on the other hand, had the notion God just wasn’t working fast enough—not quicker than her cash. Glen and Kali were two lost people trying to survive in a world minus a heavenly net—God! They lost their way, but God never forgot them. He defeated the hands of Satan by refuting a pair of wrongful eyes from an unjust sight of Kali in the arms of another man. God embodied Kali with a heart of compassion to forgive Glen, flaws and all. Instead, God turned one date between two total opposite hearts into one that required each other to be alive in the midst of any storm. Also, God taught both Glen and Kali a lesson. He taught her to realize that not everything had a price tag, not real love! And he taught him that even love can conquer the grips of a heart’s revenge!

Eloise Epps MacKinnon, Author and Motivational Speaker, and a Servant of God. In all of these roles, she advocates for the empowerment of our women and children. She’s an active part of the Children’s Ministry at church because it’s never too early for someone to learn their God-given brand in society. A life brand in which God gave his only Son for us to achieve without a cost; the choice and power to be beautiful. Eloise’s novels: A Twisted Shade Of Green and Escaping Rapture Of Devotion was written with a message for all women, who society has taught they are less desirable to anyone because of being victimized in any way. The shade of skin, weight, texture/length of hair, level of education, living environment, job status, etc. Well, that list can go on and on. But, through Eloise’s writings and speaking engagements, she prays to empower all women not to accept the labels which society has branded us with; instead, the one that God gave His only Son for us to achieve. Eloise’s cause is to empower women through trust and faith in God to know He equipped us with “Choice”! So, women through the novel, she prays to furnish you with the words on all pages to elect their rights to stand-up and be proud of who we are; regardless of what others think! And, even though, our lives may or may not parallel the character in the book, the fairy tale happy ever after. It can be represented by all the struggles she endured and the trust and faith she possessed to achieve her faithful ending. And, just like God, answered her prayers, He will do the same for us. Contact information: website: Website: http://www.emackinn01.com blog: http://www.mackinnonbooksolution.com