The Bird with a Conundrum 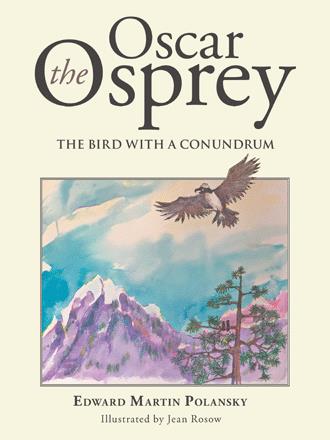 “Now Otto began to sense the immense size of the fish and how difficult it was going to be to lift him from the lake. Kingfish was dragging him down, no matter how hard Otto tried to flap his wings to become airborne. Using all his strength, he flapped his wings on the water’s surface and tried as hard as he could to fly, but it was no use. He was losing. He was going under. He tried to release his talons from Kingfish but couldn’t. All of his frantic efforts were of no use.” 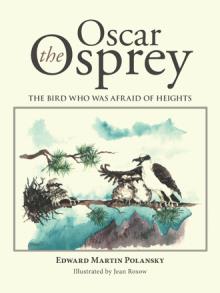 In the author’s second book about Oscar the Osprey, he tells the story of Oscar facing a conundrum on whether or not to reveal a deep secret with the outcome of that decision either endangering the life of his brother, Otto, or sacrificing all his newfound fame among his family and flock. It deals with an ethical dilemma of the serious consequences of committing an error of omission by remaining silent.

Edward Martin Polansky, a Certified Public Accountant, having practiced for over forty years, is now semi-retired and writing children’s books about dealing with life’s hurdles and ethical dilemmas through his protagonist, Oscar the Osprey. He lives with his wife of fifty years, Helenan, in San Antonio, TX.