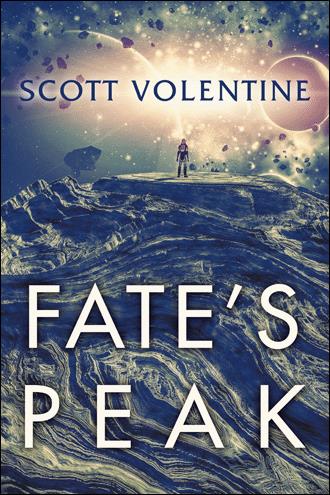 After they gobbled down their breakfast, William pondered what course to take as he gathered his belongings. When he led the wolf out of the alley into the main thoroughfare, he did not see it as a maze anymore, but a track to guide the motion of Life. He paused in front of the alley, feeling the warmth radiating from the molten boulder, and scanned the lane for danger before leading the wolf into the cool morning. It limped along at his side, so he decided they should not climb any more walls. He kept glancing behind his shoulder while searching for an alley connecting to the next road, and when they passed through one, they got a view of the mountain towering into the frosty air beyond the scabrous ruins. William figured that if this city had been designed by hand, then he should be able to find the order instilled in the stone. He did not want to have to fight for his life again and thought they could be stealthier within the lanes. As long as the wolf did not draw notice, they could hide in an ally until any prowling beasts walked past, and they could sneak across to the next road, and so on. As they passed from road to alley to lane, William realized he had not seen any grass growing within the ruins. In their search for community, people pushed nature away; looks like nature still harbors resentment. He hoped humanity could be restored in harmony with nature so they would not fall into the same trap. Crouching in a cluttered alley, William peeked into the next street and saw a crocodile waddling through the dirt with its toothy snout bobbing his way. He withdrew into the alley and led the wolf into the previous lane to hide. Did it see me? He waited tense, keeping his sword at the ready while he peeked through the alley. The crocodile walked past the opening without turning its head. He sighed and crept through the alley to watch the crocodile’s tail sway back and forth until it climbed over a heap of rubble and disappeared from sight. He whistled for the wolf and darted into the lane, heading away from the reptile until they came upon a crossroads. William took the street that led more directly to the mountain, but it veered and he had to pass through another alley. The wolf padded at his side as they walked back and forth down the streets of the ruin like feathers searching for a place to land. Each alley they crossed brought them a little closer to the mountain, standing in the near-distance like the sentinel of the gods, reaching into the storm’s swirl. William could feel all the momentum he had built up, pushing him to the end of the ruinous maze. Now I face my ultimate challenge. What destiny awaits? No time left to think about what I have suffered.The mountain exerted an energy signature he felt like a great magnet, pulling him closer with a gravity that demanded total release. His feet pattered across the fallen buildings, turning left here, turning right there, until he came upon a wide road that led directly to the mountain. A dirt path led down the center of the road, and its walls reached high, all spiderwebbed with cracks. As William strode down the center of the road, the plain sensed his confidence, that its existence wavered on the precipice. It raged at being outwitted, the ground heaving up under his feet. He stumbled forward, recovering his balance as first tremor faded, but he sensed a crackling of energies beneath the ground as a second tremor swelled in the depths. “Run!” he bellowed, sprinting headlong between the quivering mounds of rubble, the wolf hot on his heels. The second tremor knocked William off his stride. When he recovered, he saw a crack splitting across the wall and its stones started swaying in the air. Chunks of rubble started raining down into the street, and he broke into a sprint to dodge them, hoping the wolf was keeping up with him. The second tremor died away, but rubble continued toppling into the road ahead of them. He stuck to the center, dodging rubble as it skipped across his path, vaulting over stone blocks. He heard the wolf yelp but, when he looked, saw it running by his side with its tongue flapping in the breeze. William pushed himself to run even faster. The air burned his lungs like cinders, his legs screamed in pain, but adrenaline kept him ahead of the falling rocks. The road opened ahead of him to a rubble-littered clearing at the base of the mountain; he emerged from the maze in a few bounds of his legs, crying out in relief as the wolf panted beside him. He turned around to look at the ruins, watching the dust settle upon an impenetrable wall of rubble. He sank to his knees in exhaustion. A droll voice behind him asked, “What took you so long?”

Ragnarök has been fought and the entire Galaxy has been destroyed. We were promised that a new realm would be created for the surviving gods to occupy, so that Life could return. Yahweh intends to fulfill this promise. He creates a new being, William, and instills the Light within him to give him strength as he ventures into the wasteland that remains in the wake of the Galactic apocalypse. His task is to find a way to redeem existence so that a new Galaxy can be created to support Life. The Darkness that dominates the wasteland will do everything it can to try to kill William, but he finds a few unlikely allies along the way to aid him on his journey. The trials he must face would break any ordinary man, but William’s Father comes to his aid in times of weakness and he presses on, hoping he will be able to unravel the Divine Mysteries and piece together a new theology that will promote peace and harmony to prevent another Ragnarök from ever happening. The struggle between the Darkness and Light is as ancient as the Universe, but can all this fighting be brought to an end?

Scott Volentine is a shaman whose mentor was a hermit who lived on top of a mountain at the House of Dreams, in Mount Berry, Georgia. He has produced a legitimate prophecy that offers blessings to the future of humanity. He was raised in the Catholic Church but doubted the doctrine from a young age; he was eager to be confirmed so he would have the authority to challenge the Church. He has studied many World Religions and identifies as a Gnostic. He lives in the suburbs of Atlanta with his small, white dog Ziggy.