The Legend of Limberger Forest 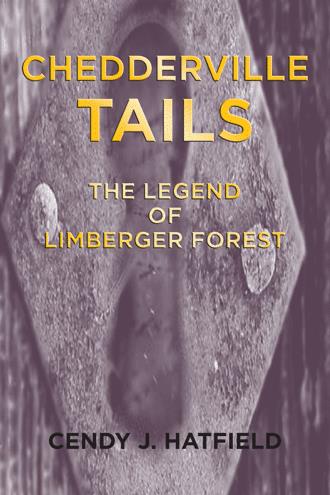 That morning started out just the same as any other day. Morton P. Mouse got up made his tea of parsley leaves and had his cheese biscuits for breakfast. He washed his face and tail and put on his favorite green overcoat. Picked up his cookbook, placed his white chef’s hat on his head and left for his bake shop. When he stepped outside to search for his morning paper, it hit him in the face. There was a slight breeze and on it was a nasty smell. After searching the top step and around the bottom of the staircase, he sighed. The thought of no morning paper to look over while his cheese separated was very disappointing. You see, Morton was Chedderville’s one and only Baker. He made all the cakes, cookies, bread, crackers and that all important cheese, for Chedderville. After inspecting his cherry trees in the front yard, the baker made his way down White Tail Way, to the corner and turned right onto Main Street, where he passed the Chedderville Post Office. There was mud smeared everywhere on the windows. Morton could smell rotten cheese drifting on the morning breeze again. It seemed to be coming from the wet mess, slowly drying in the warm morning sun. Stepping over and around the messes on the sidewalk, he finally made it past The Parmeson Parasol and the Daily Nibble Newspaper and to his bakery, A Baker’s Tail. Morton was a little round mouse, mostly because he tasted all the baked goods that he made every day. He wore a white apron that came down to his knees and covered his white shirt and dark brown pants. When he finally made it to his store, Morton was still wondering why his newspaper wasn’t on his front doorstep. He was thinking or instead hoping that Tommy who wrote and owned the paper wasn’t sick. He put the key in the lock, when suddenly Jasper, who ran the Post Office came running out waving his hands and yelling. “It’s gone! It’s gone! Some mouse has gone and stole The Daily Nibble’s printing press!” Morton stopped and looked at Jasper, his hair was standing all in a fluff, and his overcoat was hanging to his tail. It was hard for Jasper to run in his boots, they were heavy and made him fall down. His mother Mary Ellen told him that the post-mouse should always wear boots, it was only proper. “Jasper?” called Morton. “What is the matter with Tommy’s printing press?” “It’s gone! Oh what will we do without the Daily Nibble?” shouted Jasper all out of breath. Morton grabbed Jasper by his messy overcoat and pulled him along to the Daily Nibble. When Morton and Jasper entered the Daily Nibble, Tommy T. Mouse was sitting at his desk, while Buster Bradley, the sheriff, was questioning him. “And when you closed the doors last night it was here, is that correct?” Buster asked as he was scribbling on his notepad. Morton thought Buster looked somewhat frustrated at the fact that, Tommy was so slow with his answers. There was a rotten stench that lingered in the room that made Jasper hiccup. Tommy pushed his red fedora hat with the sign that read ‘PRESS’ to the back of his head. The red pin strip in his suit matched his hat, and his shoes had a shine any mouse could see their whisker’s in. It was all such a mystery. One that Tommy wished he could put in print and this was why his answers were coming so slowly. “Yes it’s just what I told you, I closed up shop last night and then this morning, it was gone.” Tommy paused, “Who would want to take my old printing press?” “What is going on here sheriff?” asked Morton, as he walked over to Tommy’s desk. Jasper hiccuped again. He had his tail in his hand turning it over and over as he said, “Without the Daily Nibble, mice will move away and then what will happen to Chedderville? What will happen to the mail? What will happen to the news, and what will happen to the annual beloved cheese festival? How will Tommy print the banners for the festival?” Jasper was so worked up by now, that he was pulling his ears straight down and jumping from foot to foot. This made his nose look too big, and his teeth stick out too far. Morton smothered a laugh and said, “Stop that Jasper, you’re going give Tommy here the drizzles.” “Now everyone lets calm down,” said Sheriff Buster while trying to tuck his blue flannel shirt back around his overly large belly. “We don’t know anything yet.” Buster continued. “Yes, you’re right we should remain calm that’s what we should do,” Jasper said taking a deep breath and wrapping his arms around himself to keep from wringing his tail more. “Well I guess I should go tell the mayor about this, he isn’t going to be happy.” Sheriff Buster said as he was heading to the door to leave. Then he added before banging the front door of the Daily Nibble shut. “You know with the Great Cheese Festival coming up, he won’t want one more thing to worry over.” Morton stood looking at the dirty floor where the old printing press had sat. There were large smudges in the dust, and they had been tracked all over the place. He scratched his head. He was thinking about how many cheese stories he had read, weather reports, and Chedderville events. What would happen to the Great Cheese Festival he wondered?

Don’t miss this epic tail wrenching adventure. Can The legend of Limberger Forest be real? Is it all more than just Mouse tails? This page turning mouse crusade will leave you wanting more…

Cendy J. Hatfield lives on a small hobby ranch with her husband Tom and her dog Boomer. Her daily life is filled with writing, crafting and her family.