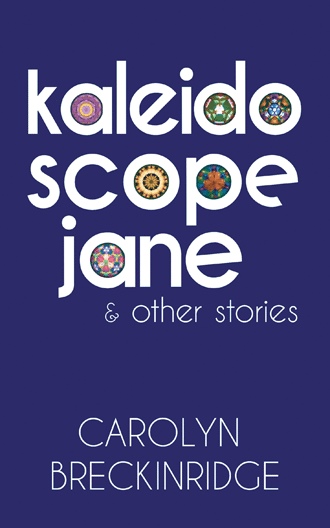 Katie straightened her legs, bowed her back and thrust a hand deep into her pocket. Her fingers pushed hard against her thigh, struggled to coax a wad of paper-wrapped bread into the crisp air. There were six pigeons not far from her efforts. All were familiar to her. She had, in fact, given them names some months ago, these and ten or twelve more that were nowhere in sight. There was Snowy whose wings sported gray as though a motorbike had driven across them. And Cinnamon, the brown one. She called the light gray one Fog, and the darker gray one Smokey. The near-black one was Midnight and the last one that was gray and brown and a little bit white, Rainbow. Miss Jane told her she could understand all the names except the last. ‘Don’t get me wrong, Katie, dear, name it what you will, but not a thing about that bird suggests a rainbow.’ Of course, in some ways she was correct. Rainbows were never gray and brown and white, but when the sun caught the pigeon’s feathers just right, iridescent arcs sparked from the bird like motor oil on asphalt. She’d never actually said this to Miss Jane. She was a little unsure if making her point would be sassing. “I’ve almost got it out,” she said, shoving her bottom forward on the bench to give her hand and wrist more room. The shift forward worked. Her fingers emerged from her jeans clutching half a fistful of bread scraps. The birds paid her close attention. Miss Jane, who was sitting immediately to her left, did not. She was busy viewing the world through her contraption, an ‘artist-made kaleidoscope’ she called it. It was blue, a dark, dark blue, and was covered with gold moons and suns and stars. It reminded Katie of something a wizard would carry. Miss Jane said it sliced the world and everything in it into identical images, right side up, upside down, and sideways-cockamamie. So instead of seeing one ladybug, Miss Jane saw twelve. Katie guessed she was seeing twelve flipped-and-flopped Snowys at that very moment because that was the direction in which the fancy cylinder pointed. Miss Jane was the only one at the shelter her mama trusted, and even then she didn’t want Katie telling any of their business to her, not even in a casual conversation kind of way. It was hard to avoid talking about their home on days such as this, with Miss Jane sitting beside her on the park bench, the sky a peacock blue, and her pigeon friends sprinting forward to grab the bread. “There weren’t any pigeons where we used to live,” she said, tossing a small handful. “They walk so funny!” She cleared her throat, wondering what to say next. Miss Jane shifted the view of her kaleidoscope to the right. Katie guessed she was studying the flag and flagpole. “I bet you had young friends at home, Katie, dear, didn’t you? You must miss them terribly. After all, there are no young people at the shelter except you.” Katie thought her mother would draw the line at discussing their old friends. She threw more bread. The birds didn’t like sharing. They raced toward the food, bumped each other, pecked wildly. “They’re so greedy. And they make funny noises, too.” “Funny to us, perhaps,” said Miss Jane. “But I suspect they make perfect sense to each other.” Miss Jane was right. She did miss her friends. Angela, Elizabeth, Sharon and Mikah. She’d known the four of them since kindergarten. Angela stood by their driveway and cried the day she and Mama drove off with only two suitcases in the trunk. Katie waved but didn’t turn around to watch her friend. It was too sad. She looked forward instead, because that’s what her mama told her they were going to do. Look forward. Believe in their future. Never look back. There was Maximillian, her guinea pig, too. She’d left him with Sharon because Sharon’s mother said it was okay. Mikah wanted Maximillian, she asked first, but her dad said no animals in the house. “You’re my friend,” she said softly to Miss Jane. “You and my mama are my best friends. And I like Mrs. Winters. She’s nice.” She saw a smile curve toward the base of the kaleidoscope. It was pointed toward a squirrel hanging by its back feet from a tree. It was using its front paws to pull small branches and acorns toward its mouth. She wondered why the squirrel didn’t fall. “I’m glad we’re friends, Katie, dear,” said Miss Jane. “And I will tell you why. You have a kind heart and an inquisitive mind. I like people who try to capture our beautiful world in a butterfly net, not to harm it, just to get a closer look, mind you. “ Katie didn’t quite understand the part about the net. But it was enough that Miss Jane liked her and they spent afternoons together while her mama worked. 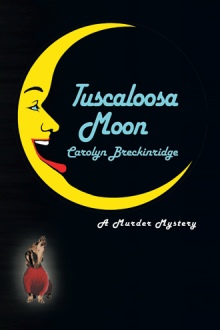 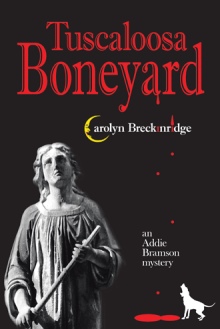 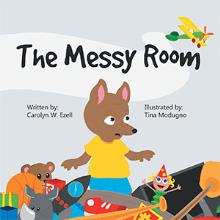 "Life turns you right-side up and upside down and all manner of sideways. But somehow a person can end right-side up again. Not the same, mind you. No. Never the same. But sometimes what a person tumbles through becomes meaningful in the long run."

It was her youngest sister, the one who joined the Army, who'd said it to her. When you're standing in an airplane door with a parachute strapped to your back, either close your eyes and jump, or get out of the way and sit. Prudence had been thinking about that ever since her sister's visit. She was tired of sitting. She'd been tired of it for a long time.

Both of Sam's hands flew to her cheeks. "Oh my!" she gasped. "Oh my!" And then came the giggles. She extended both arms outward like a wooden scarecrow and began to twirl. Around and around, not too fast at first, gaining momentum. Love! There was no doubt about it. They were going to fall in love.

Not everyone pecks away at the word processor with an African grey parrot perched on her forearm. Carolyn is the recent author of two popular mysteries based in her adopted hometown, ‘Tuscaloosa Moon’ and ‘Tuscaloosa Boneyard.’ She is the 2017 recipient of the Druid City Arts and Humanities Literary Award, and her second mystery enjoyed a fun, positive review on Alabama Public Radio. She holds bachelor’s and master’s degrees from the University of Alabama, and worked professionally as a clinical social worker. As an adolescent, she traveled extensively with her globe-trotting parents, and lived in Tanzania, Lebanon and Pakistan. She shares her home with her husband, two rescue dogs, two parrots, a pond full of koi and myriad volunteer frogs. Carolyn enjoys meeting her readers through book signings, festivals, and book club events.