The Key to Successful Decision Making 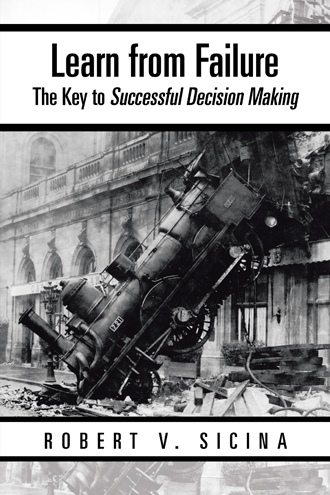 My first significant failure happened when I was just hitting my stride. Up to that point, failure happened to other people, not me. Fail was a four-letter word. I didn’t get where I was by failing and I certainly wouldn’t get where I was going by failing. I had taken a new job running a subsidiary of Citibank, a.k.a. Citigroup, based in Bogota, Colombia. It put me in the vortex of a shotgun wedding between my company and local investors. We had been forced to sell majority ownership to local investors by a government decree called ‘Colombianizacion’ or ‘Colombianization’ in English. We had to sell 51% giving the local investors control. As further background, these were the days of the ‘wild, wild west’ in Colombia (‘83-’86). All heads of major multinationals lived as if we were kidnapping targets because in principle, at any moment in time, we could be. So, I had armed guards, 24/7 at our fenced in home and a safe-haven built in the house with a short wave radio to the Citibank’s security arm. I generally had no pre-set schedule, two offices and, unannounced, I would occasionally work from home. I rotated cars, drivers and routes to work, sat in the front with the driver and sometimes I drove and he sat beside me. I did everything except have lead and follow cars (conspicuous and costly) and I would not allow my driver to carry a gun. First, because in a kidnapping, the driver is the first one to be taken out and second, I would rather have been kidnapped than shot. I had two security consultants paid by Citibank, Mike Ackerman and Lou Polombo based in Miami. They were ex-CIA. The core strategy we followed at their recommendation was to be a harder target than my colleagues who were high-profile heads of other multinationals. The theory was that when a kidnapping was being planned, the kidnappers would stake out two or three targets and then choose the one that was the softest target. So, nobody was bullet proof maintained Ackerman and Polombo. You just needed to be harder to hit than others around you. The head of Coca Cola, who did have armed lead and chase cars, said he felt safer in Bogota than he did when he visited Coke headquarters in Atlanta, unaccompanied by his private army.

This book is written by a seasoned executive, entrepreneur consultant and educator. It should be read by anyone wanting to improve their decision-making skills.

Professor Sicina has thirty years of experience in senior executive positions at Citibank, American Express, and various entrepreneurial endeavors. He worked for fourteen years in Latin America for Citibank, where he served as country manager of Colombia and division chief financial officer (CFO). He became CFO of Citibank’s entire International Consumer Group and, later, of Citibank’s US credit card business. Professor Sicina subsequently joined American Express and went on to become president of American Express Bank Ltd. and a member of its board of directors. Subsequently, he was named president of the Latin American division for the corporation. Professor Sicina has since worked in executive positions of several entrepreneurial endeavors. As part of his coursework, he leads student teams that help entrepreneurs in post-conflict regions create business plans. He also is a member of the international advisory board of Partners of the Americas.