A Cop’s Story, Told by a Cop 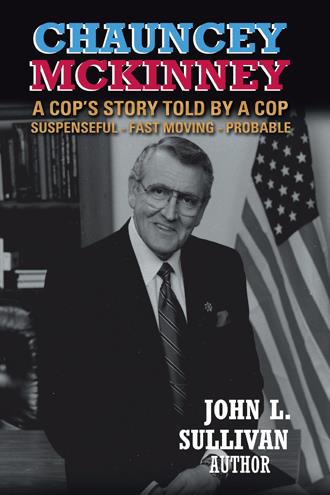 When the public sees a uniformed police officer, they see—in most cases—an individual who is a highly trained, brave, and dedicated public servant. What catches the eye is the shiny side of the badge and uniform. What is not so evident to the casual observer is the dark side of the badge, hidden behind the careful visage of justice and honor. The dark side of the badge is closest to the heart and is seldom seen by civilians. The dark side of the badge is symbolic of the endless pain and suffering officers witness and have personally experienced. The officer carries with him the never-ending incidents and images of man’s inhumanity to his fellow man, haunting him like a ghost down every dark alley. Violent incidents leave physical and mental scars as police officers play witness to the human drama. They are confronted by personal risk while wearing the badge. Chauncey McKinney is a fictional account of just one police officer trying to make a positive difference while facing the dangers and harsh conditions associated with law enforcement. Although this book is fiction, it’s inspired by actual incidents that are well within reason in this dangerous and sometimes heartbreaking profession.

John L. Sullivan was a career law enforcement officer for thirty-four years. In his career, he experienced the majority of the good and not-so-good incidents that the profession has to offer. He began as a rookie officer in a small police department in the Midwest and finished as a deputy chief of police of the Metropolitan Police Department in the most exciting city in the nation, Las Vegas, Nevada. For the twelve years prior to his retirement, he served as deputy chief, chief of detectives. He was in charge of the Investigative Service Division which he had command over the Detective Bureau, Vice and Narcotics, the department’s Organized Crime / Criminal Intelligence / Special Investigation Bureau, and the Secret Witness Office. During Sullivan’s career, he established himself and was recognized as an authority on various aspects of law enforcement operations. Nationally, federal courts and various state courts have recognized Sullivan as an expert witness on contemporary law enforcement operations. Over his career, he has taught thousands of local, county, state, and federal law enforcement officers’ seminars and academy and advanced classes on use of force, street survival and weaponless defense tactics, and supervisory and management concepts and principals. He received his baccalaureate degree from University of Nevada; pursued graduate studies at the University of Virginia; and is a graduate of the FBI National Academy, Quantico, Virginia, and a graduate of the Senior Management Institute for Police, North Andover, Massachusetts. For more than two decades, Sullivan taught Criminal Justice curriculum topics as an adjunct facility member at the local university and college. Upon Sullivan’s retirement from the LVMPD, he established Sullivan and Associates International. SAI is a litigation consultant firm that provides national consultation and expert witness courtroom testimony in cases of litigation that involve law enforcement and other related public safety and security operations and issues.