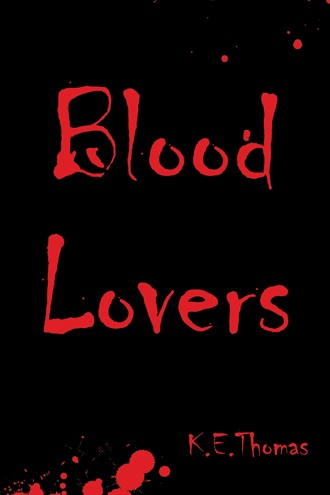 Simon had been right; it was like prom. Girls in an array of dresses with their hair expertly styled and glued into place gathered in a circle. Still was in the middle of the circle and when she came from the woods, he stared at her in awe. She was the most beautiful creature he’d ever laid his eyes on. Her brown waves danced across her leather jacket, her breathing was even, and her posture was of a fierce warrior. “Andrea.” She walked right up to him with her sword drawn. He was not afraid of this wondrous creature, but if he didn’t act quickly, she would kill him. “I wouldn’t do that.” She raised an eyebrow. “And why not?” With a quick nod, a minion brought out Simon. He was blindfolded and bruised but still alive. “I will kill him unless you agree to be my bride.” She cocked her head slightly to the side. “You’re going to kill him anyways.” Still reached up and stroked her cheek. “We could rule the world, why do you fight me so much? Any other girl would happily agree to it.” She wasn’t interested. “Other girls are sheep. Just look around, they’re groveling at your feet and I’m standing at your level.” He circled her. “My dear, no one can stand at my level.” Her grip tightened on the sword. “Then why do you want me to be the mother of your supreme race? Why not pick a common girl who lacks a brain?” She stood poised for battle. “Because you are stronger than they will ever dream to be. You are an amazing creature.” She faked a yawn. “Boring. You are so predictable.” This vixen stirred multiple feelings in his gut that he hadn’t felt in a long time. She made him want to bed her and to smack her at the same time. She’d had enough; as quick as lightning, she struck, landing a blow on his shoulder. If he hadn’t turned just in time, she would’ve taken off his head. He looked at his shoulder and was slightly amazed by the blood that was staining his shirt. “That one is going to cost you.” “About time.” She said as she rolled her eyes. She struck again but he dodged it skillfully. “My dear, you are going to have to be a lot better if you truly want to kill me.” She clenched her teeth together. “I’m not your dear.” She could tell he was just toying with her. With the skill of a ninja, she moved swiftly occasionally landing blows, but he dodged most of them.

The prophecy says that a pure half blood will defeat the ancient villain of the world. When Andrea meets Shane, she doesn’t realize that her life will drastically change. For starters, he kidnaps her from her mundane life to go traipsing around the world with him. At first, she despises him, but as they venture further and further into the vampire world, she is forced to trust him. Andrea is unlike any other woman he’s ever seen. She’s beautiful, strong, and independent. As he discovers more of the secrets she has kept hidden, he finds that she is a drug and he is her addict. As they go about their travels, he discovers that she stirs so many emotions in him, the strongest of which is love. To defeat an ancient villain who taunts Andrea relentlessly, they must learn to trust each other. Their survival and their sanity depend on it.

My dream is to be a published author, but not because I want money or because I have a degree in writing or any of its various form. I think that I can become a published author simply because I love to tell stories. I love to share my thoughts, experiences, and my dreams. You see, this is my hobby. Now you may ask, what do I do for a living? I am a nurse by trade, one of the noblest, unforgiving, rewarding and yet ungratified careers out there. Who am I? Particularly, I am no one special. I am someone who will blend in with the crowd. At first, I will seem quiet to you, but that is because I people watch. I see which people I will fit in with, because once you get to know me, I’m a blast to be around. I’m sarcastic with a sense of humor out of this world. I often joke that I go on adventures through my writing but in real life, I’m a pretty boring person. Aside from working full time as a nurse, I spend a lot of my nights chilling with my boyfriend and my fur baby. We watch scary movies and do crafts. Occasionally, we’ll go over to our friend’s house and play board games.