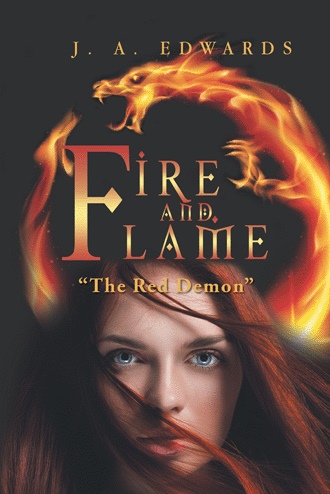 “CJ, look out!” Pike yelled as he fired another shot at the youngling. CJ turned around just in time to duck away from a stream of fire the youngling had aimed right at him. “I can’t get a lock on him.” CJ slammed into the youngling’s chest with his full force. “He isn’t responding to me. He is too far gone,” CJ said and blew a cloud of pink smoke meant to knock out the little dragon. The gas had no effect however, other than to make him angrier. Pike realized that everything the two of them were doing to get the youngling under control was useless. He was going to have to change to his dragon form if they were going to take him down. They had no other choice. The eight foot tall baby dragon had out-maneuvered CJ’s twenty-six foot tall dragon and was heading toward the city again. The baby dragon had attacked the city earlier in the day and killed three people. Pike and CJ, two slayers from the Marithian city of Drayhonne, had drawn the dragon out of the city in hopes of forcing him to change back to his Draynor form so they could take control of him. Their plan was unsuccessful, and now there was no other choice. CJ swung his massive body around and flew in front of the rogue dragon to stop him as Pike changed to his own thirty foot long, orange and brown serpentine dragon form. Pike caught up quickly to the other two and landed behind the small dragon. The youngling shot fireballs at both of the adults, but neither of them backed down. Finally, with one quick move CJ bit into the neck of the youngling, tearing half of it away just as Pike slammed into his side with all his force, shattering every bone on the baby dragon’s right side. The youngling instantly fell to the ground, his life extinguished. Slowly the two slayers entered a liquid transformation state and their bodies turned and undulated until they were standing as men. The men were exhausted and breathing heavily. They sat down on the ground to take a break while they waited for the youngling to change back into a boy. The two slayers discussed who were worse to fight, adults or younglings, and both declared younglings were far worse. With adults who had already merged their two forms, the slayers could usually convince them to stop whatever mischief they were doing. Younglings, on the other hand, are driven by pure instinct, and their instincts are to feed and destroy. It had been ten minutes and the dead dragon still had not switched back to his Draynor form. CJ stated with concern, “He should have changed by now.” The two men stood up and started to walk around the body. “Something was not right with this one. He didn’t act like a normal youngling,” said Pike, scratching his head. “He had some thought process; he wasn’t just running on instinct. He didn’t respond to us, but it was not because he couldn’t, but rather because he didn’t want to.” Another ten minutes passed before Pike said, “CJ, I don’t think he is going to change form.” “Impossible; everyone changes,” CJ replied as he walked around the body, studying it. “He has some unusual markings. If I didn’t know better, I would say this was a Grenon youngling.” “That’s crazy. Grenon dragons have been extinct for more than twenty thousand years.” Pike walked over to CJ and stared at the markings on the dragon’s back leg then added, “I’ll be damned, he does have Grenon markings.” “It would explain why he hasn’t changed. Draynor dragons can shapeshift form to blend in with the planet populace, but Grenon dragons don’t have that ability,” CJ said. “I think we should be asking another question...where is his mother?” Pike said quietly as he looked around. “Don’t even joke like that! Fighting a full grown Grenon dragon would be like fighting two of our strongest dragons at the same time,” replied CJ, who also scanned the area. He was getting an uneasy feeling. Suddenly a deafening screech was heard only a few feet away from them. Caught off guard by the dragon who dove through the clouds above them, the men hesitated just a brief moment before changing to their dragon forms. In that moment Pike was grabbed by the full-sized Grenon who swooped in, and before he could react, the female dragon bit off his head and tore his body in half. CJ exploded instantly into his midnight black dragon form and filled the area with a sense of dread as he extended his massive wings and blew a stream of fire at the Grenon dragon that hovered and roared in the sky. The female Grenon turned around and faced CJ. “You are going to die!” she declared as she dove toward him. “Not today!” CJ exclaimed as he took to the sky to meet her head on. 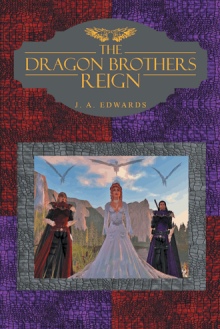 For ten years, Queen Brieanika (Brie) has ruled over the Draynor dragons in peace even though many still considered her a youngling. But now that peace is threatened when the ancient Grenon dragon line returns to claim the throne they feel was stolen by the youngling Draynor queen. When the larger stronger Grenon leader Saline challenges Brie to a battle to the death in a bid to take the Draynor throne, it seems all hope is lost for the young queen. With one solar year to prepare for the battle to defend her kingdom from Saline’s terrible plans or die, Brie undertakes a strenuous training schedule. With the help of her cousins Daxen and Mikan, her faithful slayers and sentinels, and her mate Trace, Brie is determined to gain the skills that she’ll need to win the challenge. If only things were so easy! Throw in a plot to overthrow the system royals, a big deal marriage, and the politics of avoiding a war while proving herself to be a true leader, and our little red dragon-queen heroine has her hands full in this exciting third installment of author J. A. Edwards’ entertaining Dragons of Draynor series. Hold on tight and come along for the ride as we follow Queen Brieanika and her court on their adventures as they attempt to save the Draynor throne and win the hearts of the dragons they rule.

J. A. Edwards spent a little over four years in the Air Force where she got the opportunity to work in Germany and England. She attended college in California where she received a degree in behavioral science. Currently she lives in Wisconsin with her son. Throughout her life, she could always be found with a pad of paper ready to write down things that filled her imagination. She would always be willing to discuss her stories with anyone who would listen. She is determined to continue to push the boundaries of her imagination to bring to life the fantasy worlds and the people that live there for the real world to share.