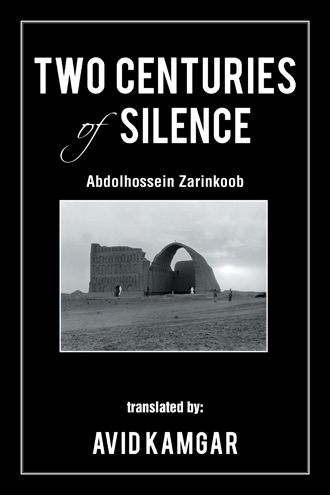 A deliberation in history reveals that the Arabs from the start set out to eliminate the Persian languages and dialects. Perhaps they feared that the Persian tongue would be used as a weapon, in the far-flung regions of Iran, to inspire the vanquished nation to revolt against the Arab government. Thus whenever and wherever that the Arabs came across a written piece, a book, or a library, they went up against it with vengeance. A ringing proof of it is what they did in Khwarazm to Persian script and language. It is written that when Qutayba ibn Muslim (669–715/716 CE)―under the command of Hajjaj―invaded Khwarazm the second time, coldheartedly he murdered anyone who wrote in Khwarazmi Persian or had any knowledge of its past history, sciences, and traditions. He went on to kill all the Zoroastrian mobeds and hirbods and burnt their books. Abu Rayhān Bīrūni in Asara al-Baqiya [Chronology of Ancient Nations] compares the conquest of Khwarazm with a barbarian sack, as the Arabs proceeded to massacre most of the upper classes who had fomented the revolt, and destroyed a great many objects of Khwarazmian culture, including manuscripts. There is little doubt that in the Arab invasion numerous books and libraries in Iran were destroyed. This claim is backed by historical facts and supported by many circumstantial evidence. All the same, some historians express doubt about it. Why this doubt? For the Arab, who had no respect for any language but the word of his God, what purpose did preserving Magi books—that to him were at best a cause for deviation from the true path—serve to try to preserve them? Alone the fact that at the time among Muslim Arabs the knowledge of script and books was exceedingly rare, speaks of their lack of interest in books and libraries. All point to the fact that the Arabs did not benefit from the kind of books—of which a few renderings from the Pahlavi culture has survived—and leaves no doubt that they did not regard these kinds of books with deference and admiration. The names of many of the books from the Sasanian era have survived, but no other information about them exists. Even their translations that were made in the early Abbasid era have been lost. Clearly the Islamic environ was not suited for such books to thrive in, or even survive in, and that is basically what is behind the destruction and disappearance of Iranian books. It is said that when Sa`d ibn Abī Waqqās captured Madā'in and saw countless books in its libraries, he wrote to Umar ibn Khattab and asked what to do with them. Umar in response wrote, “Throw them all in the river. If what appears in these books gives guidance, then God has sent us the Quran, which is a most superior guide, and if in them there is nothing but cause for deception, God has indeed saved us from their evil.” Therefore, all the books were thrown in the river or were burnt. Tunisian historian, ibn Khaldūn (1332-1406) in Muqaddimah: An Introduction to History writes: “Among the Persians, the intellectual sciences played a large and important role, since the Persian dynasties were powerful and ruled without interruption. The intellectual sciences are said to have come to the Greeks from the Persians, when Alexander killed Dariush and gained control of the Achaemenid Empire. At the time, he appropriated the books and sciences of the Persians. However, when the Muslims conquered Persia and came upon an indescribably large number of books and scientific papers . . . Thus the Muslims threw them into the water or into the fire, and the sciences of the Persians were lost and did not reach us.” When the Arabs clinched the rule of Iran, the Iranian languages, too, became their hapless victims. These languages were neither used in the Arab governmental institutions, nor could they play a role in their religious functions. With no effort put in their growth, their importance and status declined by the day. The use of the Pahlavi language gradually became exclusive to the mobeds and the Zoroastrians―if they did write any books. However, its difficult script caused it to gradually fade away. In cities and villages people conversed in Parsi languages―Dari, Soghdi, and Khwarazmi―among themselves, but had no further use for them, and not being harmonious with the Arab religion or the new life, no new literary work was transpired in these languages. And so, when Arabic thundered, Persian went silent―for a time. That was why in the years of silence and destitution Iranian languages became subjugated to Arabic, and mixed with Arabic, as Arabic words―in particular in the arena of religion and administration―were gradually adopted into the Persian language. In the brutal silence and the ghastly darkness that cast a shadow over Iran for nearly two centuries, it is futile to search for any pages of Persian poetry. Those days the ambiance was not a nurturing one for Iranian poets. The caliphs frequently tortured and harassed the poets and narrators who spoke in Arabic of Iran’s past splendor or history. Such words, even if uttered, were lost before long and destroyed along with other Shu'ubiyya writings, and if a sound dared rise in protest, it did not reverberate―it merely vanished in the folds of time. In response to the cruelties and heinous acts that the Arabs committed in cities and villages, there was no chance of protest. Those who dared to open their mouths, when abused, were called kafir (infidel) and heretic and taking their blood was declared halal (permitted). The ghazi’ sword and the emir’s whip muted any call of protest. And so the Arab tongue―with the new message that it had carried from the Heavens, and a scorching blade that put the fear of Hell into the adversary’s heart―stifled the age-old language of the Sasanian mobeds, counsellors, and musicians. For a time!

How Farsi language broke its two centuries of silence.

This book is the translation of Do Gharn Sokoot, into English by an Iranian scientist and scholar. Two Centuries of silence is the saga of  200 years of struggle by Iranians in order to free themselves from the yoke of Muslim Arabs- elegantly and passionately told by Abdolhossein Zarinkoob. The book elucidates the key reasons for the success of Muslim Arabs in their assault on Iran- a fact that was not written in the stars, nor was it an act of God. For its readers, this translation hopes to shed light on what forms the foundation of today’s Iran and help bring some understanding of Iranians and their culture.

The fall of Nahāvand in 642 CE marked the end of a glorious fourteenth-century history of Iran-a fascinating and dynamic history spanning the years from 700 BCE to 700 CE. For two centuries thereafter, a brutally long, chilling silence cast its shadow over the history and language of Iran.

Professor Zarinkoob explores the reason behind the Sasanian downfall and how the uncouth Bedouins triumphed over an immense and glorious civilization such as that? During these two centuries- about which our recent historians have remained silent-why did Farsi become a "lost" language, obscure and traceless? In the time when Iranian swordsmen revolted against the Arabs under any pretext, fighting the Arabs and Muslims, how did Zoroastrian priests argue and debate in the light of knowledge and wisdom against the Muslim faith? Finally, why a book that tells the tale of a most turbulent period of Iran's history is titles Two Centuries of Silence and not Two Centuries of Chaos and Uproar? Prof. Zarinkoob's colorful narrative unravels these mysteries through Iranian eyes and is delivered here only as they may.

About the Author Abdolhossein Zarinkoob (1923–1999), born in Borujerd, Iran, was a prominent scholar of Iranian literature, history of literature, and Persian culture and history. He received his PhD from Tehran University in 1955 and held faculty positions in universities in Tehran, India, and Pakistan, and at Oxford University, Sorbonne, and Princeton University. Because of his pioneering works in Iranian literature, literary criticism, and comparative literature, Zarinkoob is considered the father of modern Persian literature. He wrote and researched many aspects of Iranian culture and history and provided his country with precious and important books on a variety of subjects. His solid research works made him a world-class Iranologist and undisputed master of Persian literature and poetry. When asked which of his works he likes the most, he replied, “Two Centuries of Silence.” About the Translator Born in Shiraz and educated in Iran and the USA, Avid Kamgar earned a BSc degree from the University of Tehran and a PhD from the University of Maryland, both in physics. She served four years on the faculty of the Technical University of Munich in Germany, followed by twenty-five years at Bell-Laboratories in Murray Hill, New Jersey, USA. She performed and conducted leading research in physics, publishing over a hundred papers in scientific journals, international conference proceedings, and books. In 2001 she received the prestigious RTP award from the Institute of Electrical and Electronics Engineers (IEEE) for her pioneering research in silicon processing. Throughout her life and, in particular over, the past two decades, she has been a fervent student of Iranian history. Her research in the Middle East history has been crucial to this translation.