A Spiritual Guide for Retirement 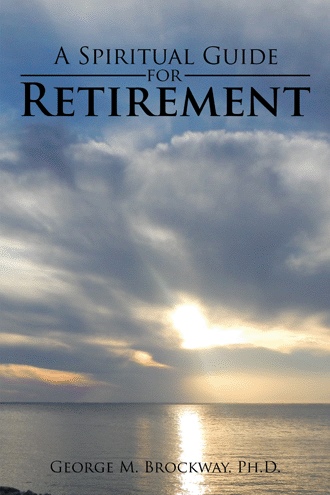 In my many talks with people over the last few years as I was thinking about this subject and book, I discovered that there are numerous different meanings that people assign to the word ‘spiritual’. But there are just two that predominate. The first of these is the obvious and expected, what I’ll refer to as the religious spiritual. Here the speaker is referring to something totally non-physical and in that sense something transcendent. Usually such a meaning includes notions such as soul, an afterlife and God. The second meaning commonly offered is a bit harder to describe but I’ll refer to it henceforth as the humanistic meaning. Under this interpretation, the ‘spiritual’ refers to any human activity that expresses or experiences the so-called “higher” human attributes that we spoke of in the last chapter. So that the ‘spiritual’ in this sense involves, e.g., our appreciation of beauty, whether in poetry or music or art or nature or . . . It also includes our ability to empathize with and care for others, as well as our ability to conceive of and act on our conceptions of justice and fairness, right and wrong, good and evil. Under this interpretation, one is being ‘spiritual’ when one focuses on those aspects of our lives that extend beyond our purely physical needs and functions, e.g., our quest for food, shelter and clothing. Anything, any need and activity that we share with the rest of the animal kingdom would not be ‘spiritual’ in this sense. A ‘spiritual’ guide for retirement would, on this accounting, focus on the truth, beauty and goodness highlighted in the first chapter. On some accountings, the Ethical Culture Society and the Unitarian Universalist Association (UUA) would be examples of organizations that would subscribe to this second meaning of ‘spiritual’. (An important caveat to this claim is to note that neither group, to my knowledge, denies the possibility of something ‘spiritual’ in the first or religious sense noted above. Rather, and as organizations, they are agnostic on that issue and choose to focus instead on this second, the humanistic meaning of ‘spiritual’. And even that claim would need to be modified with respect to the UUA. Their position seems more to be something like: ‘we think there is a God, a supreme being of some sort, and our services will reflect that belief, but we’re accepting of multifarious different ways of conceiving such an entity and are more than welcoming to those who choose not to believe in any such entity at all since our main focus is and will be on the ethical implications of our common humanity.’ People who think first (or exclusively) of this sense of ‘spiritual’ will often respond to a question like: “what does the spiritual mean to you?” with references to the feelings and emotions aroused in them by nature or art or music. As in, e.g., “listening to Beethoven’s 9th just transports me to my spiritual side” or “I’ll tell you what it means to me, it’s what happens to me when I’m standing before Picasso’s Guernica– the emotions, the thoughts it inspires; I’m transported into a different realm. That realm just is the ‘spiritual’ for me.” And finally, “when I can see others and their needs as equally as important as my own, that’s when I feel what I would call my ‘spiritual’ side.” Another common way of referring to the ‘spiritual’ in this tradition is to refer to “the human spirit”. As in: attend to, nourish, love and support the “human spirit” in each of us. And presumably this “human spirit in each of us” refers to that part of us that strives for and wants to connect with others, to be honest with ourselves, to be the best person we can be, to survive and endure; yes, but also to flourish and, especially, to help others do the same. So, two different meanings, at least two different major meanings for the term ‘spiritual’. How, then, shall we proceed? Which of these will be the focus for this “spiritual guide for retirement”? Both will be. And both will be first, because those are the two major ways of understanding this term and this notion and it would be simply arbitrary to ignore either one of them. And, secondly, because ultimately they are not compatible, they cannot both be true in their starkest formulations. So it would seem that we must consider both to help us make the decision of which we want to ascribe to. 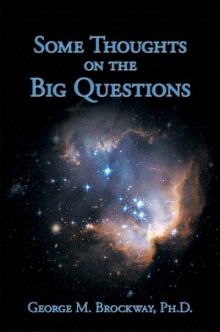 Some Thoughts on the Big Questions
George M. Brockway, Ph.D.
$14.99 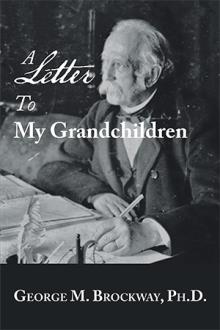 This book is a "spiritual guide" and is not a self-help book but a self-discovery book. It's a book that helps you discover what you really believe about the spiritual. It uncovers and examines the beliefs underlying and supporting the two main views of the "spiritual" in our society, the secular humanist view, and the religious view. And in the process, it affords the reader a chance to reflect deeply on what they believe and on what it's all about.

George M. Brockway, Ph.D. (Philosophy, Univ. of Wisconsin) Dr. Brockway spent many years in the classroom both here in the U.S. and in Switzerland, making Philosophy and other subjects come alive for his students. Trained as a Jesuit, he has read deeply in the classics and the Philosophy of Religion, especially, in recent years, in the area of Buddhist studies. Dr. Brockway also spent time in the private sector, first as an administrator of a General Internal Medicine Clinic and then as a stockbroker and investment consultant in the financial industry. His broad experience and keen interest in teaching give his writing a very practical and down-to-earth bent. This book, A Spiritual Guide for Retirement follows on an earlier work titled: Some Thoughts on the Big Questions and picks up some of the themes from that earlier work but is largely a new reflection on “the spiritual.” What is it referring to, the two main options for that referent and how it all relates to happiness and achieving a “more fully human” life. Dr. Brockway steers clear of the arcane or technically advanced disputes around many of these subjects, making his discussion of the spiritual accessible to those who want to go beyond mere sound bites or bromides and really engage with these fascinating topics. Those who take the time to participate in these discussions with Dr. Brockway will come away with a better understanding not only of the spiritual, but also of how it fits in, or doesn’t, with one’s personal and life goals.