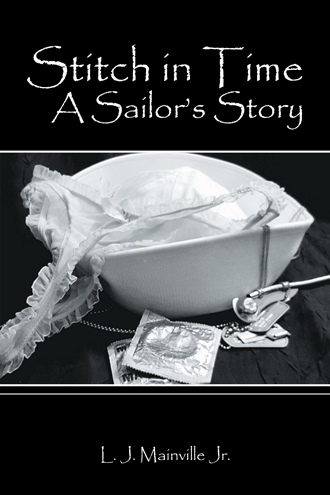 Now, I don’t know if it was the effect of the booze, or just my imagination playing tricks on me, but did you ever see a Popeye cartoon where people are fighting and it’s shown with a large cloud of smoke and arms and legs are poking through the dust cloud? Well, that is exactly what I saw as I tried to stand up with a skull full of booze. I was wearing cut-off denim shorts and my “Your Home Away from Home Tank-Top t-shirt” and I had a red bandana tied around my head like a pirate. I wore my tennis shoes with no socks and November of 1983 I thought I was King Shit! Just as I stood up, an older woman came running over in response to the brawl and stood next me as she threw her hands over her mouth and gasped with horror. “Oh my GOODNESS!” She exclaimed. “Someone needs to call Shore Patrol!” I looked her up and down and came to realize that for an older broad, she looked damned good. She had to be in her mid to late fifties but she had a smokin’ hot body. Deep under the influence of alcohol, I put my arm around her shoulder, looked her in the eye and gave her a drunken wink as I said, “Damned, baby! Yer a good lookin’ old slut, you know that?” The look on her face was priceless and before she could respond to me I felt a large, heavy hand land on my shoulder. I turned around and almost shit my pants as I noticed my Commanding Officer standing behind me. Captain Bart E. Bellhauser was a large man and he was looking as if he was ready to kill me. I thought he was upset about the fighting, but he couldn’t have known I had anything to do with it. “This is pretty messed up, ain’t it, sir?” I slurred. However, he wasn’t interested in the fight. “Seamen LeRue.” He said with the utmost seriousness. “That old slut just happens to be my wife and I would appreciate it if you would take your hands off of her.” Needless to say, Shore Patrol escorted me out of the party, along with everyone else who was fighting. 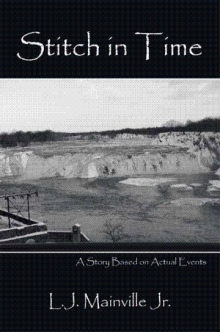 When children hear stories of theme parks or amusement parks, they immediately want their parents to take them there for the experience. Once folks read this, they will immediately want to run to their nearest Navy recruiter to sign up for such an amazing time. Stitch in Time: A Sailor’s Story is a raw telling of young Stitch LeRue as he experiences becoming a man in the United States Navy during the early 80’s. Even if you didn’t serve, you’ll still love this amazing story of friends and good times.

L. J. Mainville Jr. never imagined he would ever write a book until someone noticed his blogs online and suggested he turn them into a book. His first published book with AuthorHouse is Stitch in Time, which is loosely based on his life, growing up in a small upstate New York town outside of Albany. L. J. states, “I was writing some stories in a blog for mom, who lives in California. They were all stories about growing up.” L. J. took his stories offline and used them as “memories” for the protagonist to go back in time in his own mind. Stitch in Time was written and published for his family to read; however, he has found more fans outside of his family. “My Facebook page is blowing up.” With a lot of requests for a sequel, L. J. knew it was time to add his Navy Days to the series. His 2nd book, Stitch in Time: A Sailor's Story is a look back on being a 19-year-old sailor in the United States Navy in 1983. The stories are hilariously raw and truthfully explicit. Whether you served in the Armed Forces or not, you will enjoy this story very much.