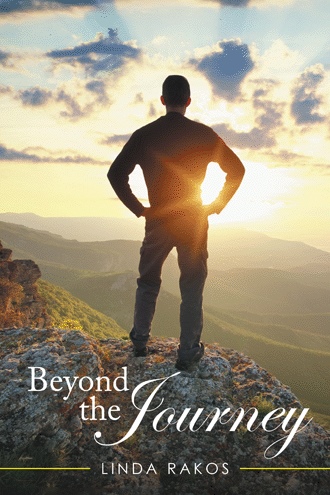 Jake Hanson had lived on Echo Hill for the past twenty years.  These days his only companion was his faithful dog.  Although Sam had the strength of a farm dog, he also had the balanced temperament of a house pet.  Sam was an excellent watch dog, not give to frivolous barking or unnecessary alarms.  But this morning something had his attention in the barn.  Was there an uninvited intruder on the other side of the door?

“What’s up, Sam?  Got yourself something cornered?”  At the sound of his name the dog lifted his head and waited as his master walked over.  Jake slowly slid the barn door open.  As his eyes adjusted to the dark he noticed the shadow-darkened form lying on the straw.  “So, this is what’s got you excited.”

Jake walked over, bent down and touched the still figure.  It didn’t move.  With his index finger, Jake gently flipped a thick strand of damp hair aside and noticed the grazed wound on the boy’s forehead.  Dried mud and blood had left streaks down pale cheeks.  Jake knew immediately by the heat radiating through the wet clothes that the boy wasn’t well.

“We’ve got to get him up to the house and out of these damp clothes, Sam.”  Gathering the youth in his arms, he carried the unconscious boy to the house.  Sam followed closely behind.

Laying him gently on top of the bed in his spare room, Jake stared at the pale figure.  As Jake removed the wet clothing, his gaze was drawn to a long jagged scar across the boy’s shoulder and he wondered what had caused such an ugly wound.  Jake sponged the boy down, cleaned his head wound and dressed him in a pair of flannel pajamas.  Having done that, Jake slid him gently between the sheets and covered him with the quilt.

Jake went over and bundled up the wet clothes.  As he did, the boy’s wallet fell to the floor.  Feeling no guilt, Jake opened it up, looking for any kind of identification that would tell him something about his uninvited guest.  “Well, Sam, I wonder what has brought Austin James Smith here.”  Jake turned and left the room while Sam went over and lay down beside the bed.

Throughout the day Jake looked in on his guest.  The boy didn’t stir even though the room was flooded with light.  He was deeply asleep.

Jake’s eyes passed over the black hair that fell rough and tangled across the boy’s forehead and for a moment he studied the pale face.

The dog whined beside the bed.  “He’ll be okay, Sam.”  He patted the dog’s head before turning and leaving the room.  Sam lay back down.

Austin came too at hazy intervals.  He didn’t know where he was or what was happening to him. He couldn’t seem to keep his eyes open and his mind was unintelligible chaos.  There were times when his head ached so badly that he willingly slipped back into blissful oblivion.  Austin’s period of semi-consciousness were brief.  All he heard was the clock ticking in the silence, unaware that the hours had ticked away long into the night.

Somewhere, it seemed so far away, Austin head the soft sound of a floor creaking and a dark shadow moved toward him.  “Swallow this,” he heard.  A strangled moan broke from Austin’s parched throat as he sipped.. A low calming voice said, “You’re safe, Austin.  Lie down and go back to sleep.”

Austin lay back down, confused.  He rolled over on his side and pressed a hand against the dull ache in his head.  He sighed wearily without knowing why and his eyes slipped shut.  With a moan, Austin buried his head in the pillow and went back to sleep.

Moonlight coming through the limbs of a pine tree cast shadows on the restless form and Jake wondered what dark shadows hid within.

Every life is a journey. No one knows where the journey leads, how long the journey is, or who is woven into the pattern of a life. A life can end in an instant, yet common threads continue to weave strangers together beyond the journey. This journey begins with Austin Smith. A clash of generations drives this spirited seventeen-year-old from home and into the unknown world. In need of refuge, Austin finds himself at the home of Jake Hanson. Jake, a widower of fifteen years, had built a wall around himself when his young wife died. Trapped in sweet memories that locked him away from further pain, his life had stopped on an emotional level. He could cope, and he didn’t want changes in his life. Unexpectedly, this troubled intruder crashes through the door of Jake’s past, yanking him back to reality. The boy needed him, and Jake had to figure out how to prevent Austin from making a drastic, life-changing decision based on anger and pride. Austin was at a crisis point, and Jake had to help him work through it.

She is a wife. She is a mother. She works full-time. One day she came across a homework assignment written by her teenage son. It was an English assignment, which was not his favorite subject. Her son created a journal format as if the entries were made by a teenage boy who ran away from home in anger. As a mother does, she wondered if there was something in her own son’s life that initiated the entries. Was he troubled? Was there underlying anger to his own parents? Those few pages had left so much unwritten, but they became the catalyst for the story to follow. She was just an average person who was inspired to write. Little did she know how exciting it would be to create characters, each one individual and different. To face the challenge of describing what she wanted someone else to see with her words. To create emotions for someone to feel. She discovered a new passion that has taken her in a new direction in her life’s journey.