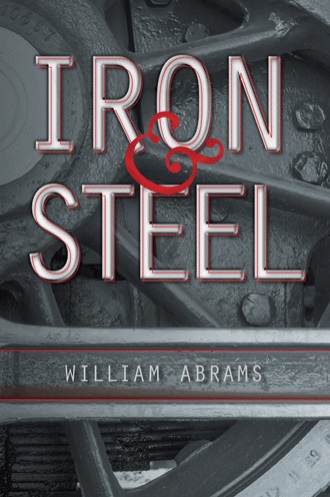 It was a stormy night, the final Sunday of the year, and the evening train to Aberdeen was more crowded than usual with the upcoming New Year holiday. Many were making the trip for the first time and inside the coaches a number of passengers jerked in their seats, startled by the sudden ferocity with which the windows began to rattle as the train started onto the new bridge. Nearly two miles in length, it was a vast viaduct extending across one of the broad estuaries, known as firths, that cut like gashes into the Scottish coastline. Up front, the driver peered into the night through a small porthole, one of two such windows cut into the front of the locomotive’s cab. Opposite him, the fireman grimaced through the other. Although covered, the cab offered little protection. It was open to the sides and rear, and while the men faced the searing heat of the firebox and boiler, their backs were soaked through with cold rain. The driver tightened his grasp on the throttle as the train reached the highest section of the bridge, which stood nearly 90 feet above the firth. Down below, the frigid water thrashed against the bridge’s supports, pelting its cast-iron columns with foam and spray. In the distance, the lights on the far shore could be seen, blurred by the driving rain. They were still more than a mile away when the cab was engulfed by a tremendous rush of wind. Sparks flew from the coach's iron wheels and the driver held fast to the throttle as the storm seemed to focus itself directly on the train.

Iron & Steel is a story inspired by the history of the Tay Bridge, a Scottish railroad viaduct that collapsed in a storm while carrying a crowded passenger train in 1879. At the time, the bridge was the longest in the world. The engineer who designed it had been knighted by the queen, and the bridge’s subsequent failure only fourteen months after completion remains, along with the sinking of the Titanic, one of the most shocking technological disasters of the Industrial Age. Set in a time when engineers were achieving a level of celebrity once reserved for poets and war heroes, the story focuses on two men: Charles Jenkins and Stewart Darrs. Jenkins is a young engineer and metals expert looking to build bridges out of steel, a material that had yet to be accepted by the British railroad establishment. Darrs, on the other hand, is a veteran engineer who has spent thirty years building railroads and iron bridges across Scotland and northern England. Together, they are men on the cutting edge of the technology of their day, living in a world where railroads are transforming the landscape and bridges of previously unimaginable length are among the highest symbols of a nation’s industrial might.

William Abrams lives with his wife and two sons in Encinitas, California.