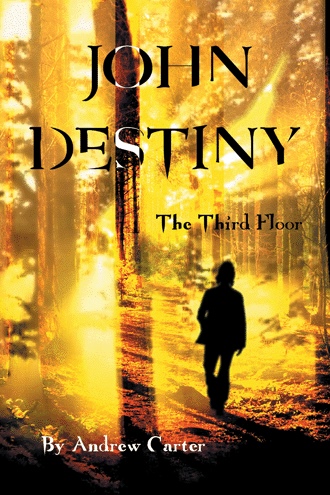 Retrieving his sense of space and time, he stood up and made his way to the class where Miranda was waiting with a smile. There was a brief hug and John quickly squeezed her hand as he walked into the room. He sat down and waited in silence for the class to start. There was a slight seriousness about John, he was accepting the fact that things were changing. In short, a transformation was happening within himself, which was being reflected in the outside world, and in that case, his job and relationships.

He can see the connection between the inner and outer worlds, maybe all those earlier challenges will not repeat themselves. If we take two instances: the first with the learner driver, it doesn’t mean John will never be held up by a learner driver, but his attitude towards it will have changed, therefore it will present no problems and, of course, any resultant cause and effect, and it was quite obvious what the effects were. The second, well not wishing to be crude, concerns the dog poo and his shoes, and of course we all end up in that sometimes, but the chances of John doing that again have greatly diminished.

As he sat waiting, John was experiencing the silence, his mind was clear and he felt calm. In fact his mind was more than calm, it was actively present, and then the second floor consciousness really started to impress him. He felt love, he felt compassion, he started to receiving insight into healing, and, he was thinking many things that he had never thought about before.

Miranda sat down in front of the group, virtually opposite John, who was starting to radiate energy. She picked that up and told the group just to shut their eyes and spend a few minutes relaxing. Through John’s second floor connection, he was radiating energy through his electromagnetic field into the room, and guess what that energy was? It was healing energy.

Miranda felt this energy and instructed the group to imagine a pathway of golden light, it took them into a beautiful garden where they could experience all the colour and scents. She introduced them also to the security that the tree represents, she knew that this would aid John. The healing was affecting the area of her body where she had a problem. Heat was emanating from John’s hands and they started to lift up. He was already aware of what was happening and chose to go with it. Part of him was thinking “What the hell is going on?” but the other part of him felt comfortable with this fact, because let us not forget, ‘John has something to do in this life’ and this something is his destiny. 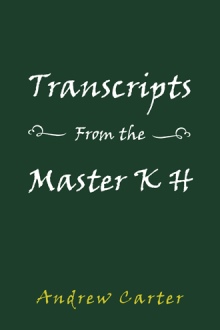 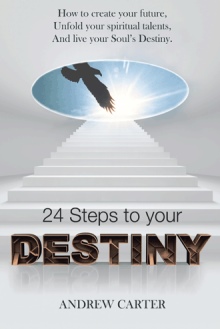 John is an everyday kind of guy who finds himself in all sorts of situations which could happen to any of us, although patterns seem to be forming for John. These situations include learner drivers, dirty socks, the toilet habits of Gabriel the dog, and a condom machine in the local pub!

Share with John the hilarity of the brothel, the stripper, the women he attracts, and the people he meets. Learn who the Mysterious man and the Tall man are and how they guide John through his awakening as he starts his expedition to realise his healing potential. Enjoy his successes as he learns to enter the silence and trust his intuition. Amongst the hilarity in this book, there is also sorrow, and between the two there is learning to be had. Follow John as he changes in so many ways and moves through his levels of consciousness to achieve his Destiny.

Andrew Carter’s life is dedicated to his work. His destiny is to bring illumination to people’s minds and to alleviate as much pain and suffering as possible. This he does through his healing, teaching, and writing, helping raise consciousness so there is more compassion and integration with the methods of dealing with disease and the approach to health.

He has been healing since 1996 and runs crystal and healing courses at the Rose School in Northamptonshire.

Other books by Andrew Carter:
24 Steps to Your Destiny
Crystal Destiny
Healing Destiny
Destiny the Point of Stillness
Transcripts from the Master K. H.
Synthesis of Light

Andrew can be contacted via his websites: www.crystaltherapycourses.com or www.thecrystalbarn.co.uk.