Book One in the Magnolia Series 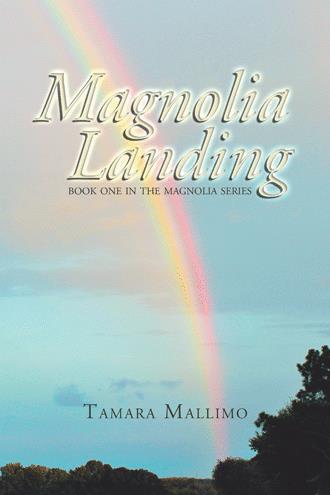 John and Mary Elyse Wellington had been blessed with a good life in the small community of Bryan County, Georgia. John was a wealthy plantation owner, and his family resided quite comfortably at Magnolia Landing. He steered as far from politics as a Southern landowner possibly could, but word of civil unrest was flying through the country like a flock of wild birds. As the unrest took on the life of an out of control wildfire, the flock became larger and larger so that it was now upsetting the peace the Wellingtons had always enjoyed. Magnolia Landing supported the Wellingtons, their daughters—Malayna, Marianna, Mischella, and Johnna—and their servants (or “necessary helpers” as Mama preferred to call them) quite well. No one ever went without, no matter what the color of the skin. Grandmama liked to say, “No one chooses the skin they’re born into any more than they choose their family.” It was this forward thinking that kept the Wellingtons on the edge of the elite social realms of Southern gentility. Daddy’s wealth placed them in the upper echelons of society, but his opinions and his views on slaves being people too did not. Grandmama raised my daddy, John, to be the kind of man who believed all people were people no matter where they came from, who they were born to, or the color God chose to dress their skin in. This way of thinking didn’t make Daddy a very popular man, so he tended to steer clear of all political conversations regarding slavery. There were no overseers here. Daddy had no need for overseers or whips or punishments of any kind because his rules were so relaxed and easy to live by. Many plantation owners from the surrounding area envied the peace the Wellingtons enjoyed, but generations of fear prevented them from living the same way. Still others thought John Wellington was eccentric at best, and crazy at worst, because he adamantly maintained that all people were created equally, no matter what color God made them. The Wellingtons were quite wealthy by the world’s standards, but my sisters and I only knew that we had no worries. We did not realize that our father was one of the wealthiest men in the state — quite possibly the nation. As for Daddy, he simply viewed his wealth as proof that his leadership style was preferable to the tyrannical measures employed by most plantation and slave owners. Even so the unrest in the country over slaves’ rights upset him greatly, but only due to his concerns for where it would lead. His concerns were for more than just himself. They were for his family, his land, and all the people who depended on him and the life he provided for them on his tranquil 1,920 acres. My best friend, Hattie, and I couldn’t have cared one whit about abolition, or state’s rights, or war, or any of the other things we were hearing. In January of 1861, news arrived that Georgia had seceded from the Union and was joining the newly formed Confederate States of America. April 1861 brought the news Daddy had been dreading … the nation was at war! It wasn’t bad enough that the country had been torn in two, but now the men of the nation were determined to kill each other over their principles. It all seemed silly to me. Daddy told me to keep my mouth shut and not to voice those opinions out loud for fear of repercussions against Magnolia Landing. My name is Malayna Wellington Carver, and this is the story of how my family, my best friend, and Magnolia Landing survived the war.

The Georgia plantation known as Magnolia Landing has been an ideal place to grow up for Malayna and Hattie, two girls of different races born just hours apart. They have been best friends from their first breathes due to the unusual and unpopular beliefs of Malayna’s father that all men are created equal regardless of skin color. Their idyllic youth is shattered by a Civil War that takes their fathers away from home, leaving the girls to survive on their own as they learn to navigate their new reality; working to keep their families both well-fed and safe. That is until the war and Northern soldiers come to Magnolia Landing. This is their story of love, friendship, and survival... against all odds.

Tamara Mallimo grew up in rural NC, listening to tales of the Old South. The tales were loosely based in truth and grew over the years. It was the love of listening to these stories and of story-telling that led to a desire to create similar stories for all to enjoy. After majoring in English Literature and History at Pfeiffer College, where she met her NY born husband, she decided to pursue her dream to become a published author. Tamara now lives with her husband and two of their four daughters near the small town she grew up in.