by Marcus A. Brown 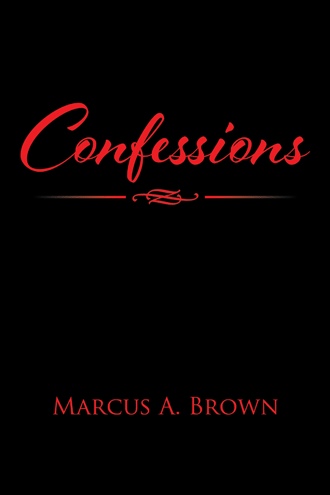 After slowly leaning towards Dr. Thorton, simulating the kiss between both her and Cedric… Something took over Kenneth and Dr. Thorton as they started to kiss with an extreme level of passion. Standing in front of Dr. Thorton, Kenneth allowed Dr. Thorton to rest her arms on his shoulders as he began to navigate his kisses through and between her buttons, seeking the destination of her breast. As moans of passion intensified between the moisture of their kiss…. it wasn’t long before Dr. Thorton’s buttons scattered across the floor due to Kenneth’s erotic impatience. Cuffing her hands on the front of Kenneth’s pants, Kenneth settled in on kissing the top of Dr. Thorton’s breast before slightly pulling her hair while unleashing one of her breast. Dr. Thorton moaned as Kenneth placed her nipple between his index and middle finger, while firmly holding her breast deep within his grasp. Kenneth held Dr. Thorton’s breast just long enough before arching her back with a slight sudden pull of the hair before traveling from her neck down to the center of her breast. Dr. Thorton kissed and sucked Kenneth’s bottom lip before turning around, firmly placing and grinding her ass of Kenneth’s yet to be exposed dick. Kenneth reached around holding her breast with his left hand while with his right hand unbuttoning his pants. Dr. Thorton slowly turned her neck seductively biting her bottom lip before unzipping the zipper on the back of her skirt, allowing it to hit the floor before stepping out, untangling her heel from her lace thong. Dr. Thorton bent across the desk, exposing her wet garden awaiting the planting of Kenneth’s seed. Enticed by Dr. Thorton’s sexual menu, instead of filling her sexual basket with his fruit, Kenneth decided to fall to his knees where he ticked her clitoris with the tip of his tongue. Kenneth being determined to fulfill his appetite, he turned his head to the side while using both hands to spread her cheeks, filling his mouth with both of her sexual flowers…. Using the moisture of his tongue in efforts of feeling Dr. Thorton’s aloe ooze down his throat. Dr. Thorton’s legs started to shake, while slamming her hand on the desk before saying.. “I wanna feel daddy dick.” Just as Kenneth raised his head deep from Dr. Thorton’s ocean…. Kenneth whipped his face before turning her over on the desk, preparing to enter inside the walls of Dr. Thorton missionary style. Dr. Thorton laying on her back decided to reach up, pulling Kenneth by his tie down to her mouth where she whispered.. “I wanna ride that dick.” Both Kenneth and Dr. Thorton switched positions… Kenneth laid on his back as Dr. Thorton placed one knee on the desk before leaning in… straddling Kenneth close enough where he was able to lick and nibble on her breast as she grabbed a right hand full of dick inserting Kenneth inside of her walls. Dr. Thorton closed her eyes as she felt the helm of Kenneth’s temperature rise to the peak of her erotic scale. Dr. Thorton rides Kenneth like a horse, using his tie for balance as she go up and down, only a few strokes away from her climax. Although the warm blood filling Kenneth’s dick was enough to elevate Dr. Thorton to sexual heaven, it was the words Kenneth whispered while Dr. Thorton rode him that took her there. “I want you to bust on top on me” “I want to feel the thrust of you cumming on me” After climaxing, Dr. Thorton laid her head on Kenneth’s chest while his manhood continued to pulsate inside her tight lips before finally getting up to put their clothes on. As they both buttoned their clothes, it’s as if reality set in for Dr. Thorton when she said… “And I’m supposed to marry your best friend right?” While tightening his belt, Kenneth replied. “About that.. This dinner that’s supposed to take place, do you think that’s a good idea?” “Kenneth, your wife and I are going to have to meet at some point, don’t you think?” “Yea, but not after this… not tonight, it’s already hard enough to keep the secret from Cedric that we fooled around in the past, now we just went down that road again and”….. Kenneth walked towards Dr. Thorton to kiss her before she decided to step backwards before saying. “Yea, you’re right.” While putting his jacket on Kenneth replied. “About which part?” “Both… Keeping the secret away from Cedric and tonight not being a good time to meet after this encounter… I’ll call Cedric and cancel.” “So what are you going to say?” After sitting back in her chair and taking a deep breath, Dr. Thorton replied before Kenneth exited the office. “I’ll figure something out.” 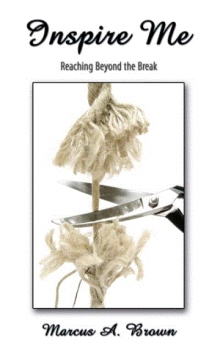 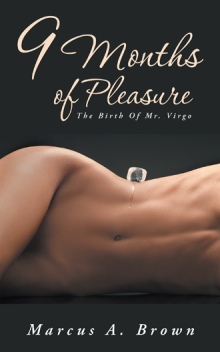 The depth of a secret solely relies on the strength of one’s conscious. Kenneth, a man whose hands were filled with the imprints of the world, found just enough space to both hold and manipulate a secret that’ll forever change the lives of those he loves. Lies are often told in efforts to break free from the truth, but in all actuality, confession is the only key toward freedom. “Confessions” is guaranteed to deliver a full-course meal, fulfilling your appetite of literature with a side of suspense, cliffhangers, and emotion while offering erotic explosions as entrée. “Confessions” will surely be a ride you’ll never forget!

Marcus A. Brown was born and raised in Chicago, Illinois, being the older of two children. Marcus comes from a family that is not only big in number but in love and care as well. It was in first grade when Marcus discovered his true talent and gift, when he developed a story that his teacher could not believe came from such a young mind. Since first grade, Marcus has gone on to write many poems, short stories, and novels. Marcus likes to consider himself as a “scientist of literature,” the thought of never being afraid to mix concepts such as love, sex, and religion when creating characters or ideas. After inspiring many with his first book, “Inspire Me: Reaching beyond the Break,” Marcus plans to touch the inner sexuality and sexual nature with his latest book, “Confessions.” Marcus refuses to be bound to one genre of literature, never being defined by his writing but being determined to continue to be the man who defines writing. Marcus will continue to touch the lives of many with his endless storylines and creative interpretation of life as we know it.