Odysseys of the Maroon Warrior, in the Shadows of the Trans-Atlantic Slave Trade 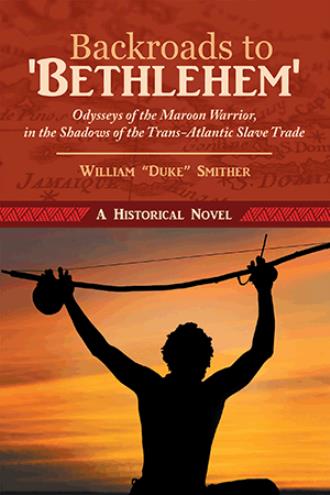 Following the early morning mess call, the bugle sounded for the massive assembly of Portuguese-sponsored forces, in Porto Calvo. But, the passionate atmosphere and metal-clanking of full-battle-rattle seemed more akin to mustering troops for some Holy War.

It was a motley lot, considering the mission it was about to undertake. Phasael estimated, perhaps, some 10–12 thousand soldiers had garrisoned- including veterans, tried, true and untried fighters, alike. They ranged from teens to old men- including European, African, Afro-Brazilian, Mulattoes, Mestizos (mixed Spanish-Indians), and Ladinos (Spanish-Jewish or “Sephardic Jews”). This included landowners, militia, cattlemen, sheepherders, conscripted criminals, councilmen, cavalry and artillerymen, too.

Even paulistas and bandeirantes were in the mix.  There were volunteers, a few slaves who were promised nothing in return and others promised freedom, like the inspiring and rugged, Henriques Regiment, the mostly black, citizen-slave soldier force. Then, there were those out just for revenge, or simply bored with eeking out a living and some, with no reason at all, other than the love of a call to arms and a good fight. They constituted the vanguard, the point-of-the-spear, as well as the ‘rearguard’, depending on their moxie and mettle, at times like a caged animal or a barrel of monkeys, but often like Satan himself.

Of course, according to Phasael, there were those who, for no other apparent reason, just seemed to be always hanging around for the mere promise of good liquor and hot-bloodied ‘wimmin’ at the end!

Whether they would stick around was another matter, yet to be determined, since many often skedaddled and bolted in the thick of battle. There was no test for motivation, just the morning bugle blaring’s which, at least, validated their willingness to answer the call for assembly.

It would call for those already ‘baptized by fire’, as well as those blessed within the special Catholic worship Mass that Field Marshall Jorge Velho was known to order up. He did this through his forever present “personal priest,” whether for earnest confessions while hunting for the grace of God, or victory and glory in battle.

After the next bugle call, came the officer’s call with its mixed bag of regular military, ruffians, militia and mercenaries. They bowed their heads in reverence to receive their blessings, some even mockingly so, of God’s favor and grace during the task ahead.

It’s where Phasael thought the whole ceremony as a little odd or ironic, given the over-all mission. This included the way Velho’s private holy man- the priest- was dressed, clad in an old-fashioned black beanie hat, a drab-looking, full-length black robe, like the kind he’d seen worn by Jesuit monks, those he called “the Jesus people,” but fancier. His garb was plain but fancy-plain and more bulky, adorned only by an unsophisticated wooden cross draped around his scrawny neck and bulging Adam’s Apple. It was a larger version of the kind Labaan had given his woman, Ziraili.

In fact, Phasael felt, if it wasn’t for the shiny string of jet-black rosary beads, and the teeny jeweled-silver cross, dangling between his forefinger and thumb, the holy man’s grim demeanor might have been mistaken for a black-robed sorcerer- or, some sanctified envoy of evil.

Actually, Phasael thought it all ironic, this costumed holy man going into the woods to help kill, maim and attempt to maybe annihilate an entire group of human beings, who were perhaps even closer to their Creator and more protective of the forest, mountains and rivers than these assembled bozos could ever be.

Yet, when the time came, Phasael too bowed his head, not knowing what else to do. Though he came from religious people, acting righteous was not his bailiwick. He believed in God, but not the sanctimonious charades or holy oddballs he’d seen. Yet, he felt that he himself was spiritual. It wasn’t something he allowed his mind to ponder, given all of the antithetical variants, even the most radical deeds of evil, he’d watched these self-named Christians parcel out, all in the honor of their most merciful God! “Yea, right…” he often mumbled to himself, whenever he heard religious folk trying to convert him.

…Man, if you ask me, religious folk are kinda nutty! Creepy, too, the way many of them talk about their “Holy Ghost,” then go off on missions of the damned Devil, himself! Even the Africans, my worthy warrior friends, and their pantheons of Spirits worry me, sometime.

With his head bowed, and ears listening for some kind of cue to lift it up again, more thoughts seeped into his head.

… And, these same Christian folk have the audacity to call Maroons  criminal and heathen! Why they’ve done stuff even worse, and less divine, than what I’ve seen more honorable cannibal tribes perform… And, now, the most pathetic lot among them are off again… in the NAME of their father, the NAME of his son and this NAME of their HOLY ghost… Yea, right! For many of these blokes, nary a one of the three could they even name! Give… me… a… break!

About the time he felt he should raise his head, Phasael heard the holy man’s more dignified version of himself speak these words aloud, “God of power, God of mercy, Maker and love of peace, to know you is to live, and to serve you is to reign... through the intercession of St. Michael, the archangel, be our protection in battle against all evil. Help us to overcome this war and violence… and to establish your law of love and justice. Grant this through Christ our Lord… in the name of the Father, the Son and the Holy Spirit, A-A-Amen! ”

During the whole episode, Phasael, as he always did at times like these, with mostly one eye raised and one eye closed, was squinting and scanning the panorama of the entire spectacle, looking for hints of sincerity and zeal, or clues for hypocrisy and tone of character, moral and mental, which might be noteworthy for later use...

It is 1693, during the waning days of a militaristic, fugitive slave village in northeastern Brazil and the widening landscape of Maroon Wars in Jamaica. There exists a patchwork of shared morality and beliefs among the myriad mix of West African tribes and the indigenous peoples of Latin America and the Caribbean.

In Colonial Brazil, the beliefs of various Taino Indian and West African blend, influenced by nearby Jesuit Orders such as the St. Raphael Mission. This contributes to the Maroon culture’s interpretations of burial customs and visitations of “shadow people” or spiritual presences. Later, in Jamaica, as with ancient West African and Ashanti cultures, the silk cotton tree plays an important role in the village of Akrafena and the Casa Cadiz Plantation. From the Nine Night ceremony and beliefs in survival after death to roaming spirits of the dead, the tree—also called the Spirit Tree, God Tree, and Devil Tree—emits evil spells as well as spiritual inspiration for prevailing forces that drive the various Maroon characters and conflict.

Inspired by actual events, this novel offers a portrait of sustained and conscionable slave rebellion in Colonial Brazil and Jamaica at the cultural crossroads of myth and reality.

William “Duke” Smither, is a U.S. Navy Veteran (Vietnam Era, Cuban Blockade, Cuban Missile Crisis), native of Frankfort, KY, resident of Richmond, VA and retired Sr. Investigator (Corporate Security) for Dominion Energy. As a freshman at Virginia Commonwealth University (VCU), majoring in Journalism, he was a sports reporter for VCU’s newspaper and sports & feature writer for the Richmond Afro-American Newspaper. With the help of his devoted wife, Sharon, in raising three kids, working rotating shifts, and attending evening college, he later graduated with a B.S. Degree in Organizational Management from St. Paul’s College (Lawrenceville, VA), returning to VCU for postgraduate studies in Criminal Justice Administration. Independent studies in African and African-American History led to “Backstreet Djeli’s Blog,” the history-related journal he created at www.backstreetdjeli.com, and duties as contributing writer for “Blackpast.Org,” the web-based reference center for African-American History, at www.blackpast.org. In retirement, this active grandfather of six became heavily involved in faith-based community theater productions as an actor, playwright and director for plays within the scope of Afrocentric perspectives and socio-political commentary, as well as the passionate storytelling monologues he often calls the “…’Missing Pages’ from our classroom history books, within the unique stories, legacies and contributions of our ancestors.”