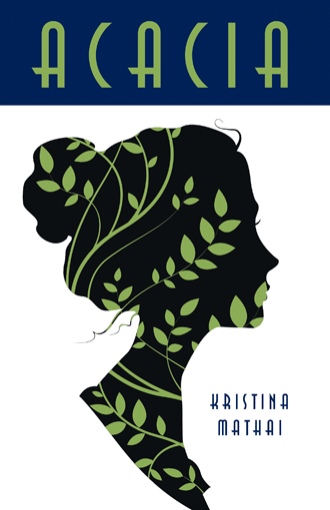 I broke a large, heavy branch off one of the trees and tried swinging it around. My
muscles ripped at the weight, but I just felt so vivacious that it didn’t matter. I was
immediately truculent to the stranger and desirous for my own life. Swinging the branch
around once more and feeling almighty, I prepped myself to attack whoever brought me
there. I heaved it onto my shoulder as I vigilantly gave my surroundings one quick scan in
case there was anyone else around me that I hadn’t seen before.
On my toes, I slid through the sliver in between the trunks and came into a vast field
where the grass was no longer grass and no longer moist. It turned into dry shrubs and sand,
an immediate transformation. The vacant landscape stretched out several feel until it came
into contact with a narrow river. It was crystal blue and clean, unlike all the water reserves in
the Cities which were filled with dirt and dead substances. On the other side of the river was
a duplicate of the side I was on; an open landscape with a dense forest in the background. I
checked the opposite ends of the river and nothing was to be seen. It seemed like it stopped
there, almost like walls within a pool with trees barricading any vision beyond.

There they were, four blurry figures off in the distance, sitting innocently around a fire
and laughing. As I strained to look, I was able to detect that they were men. I then decided
that I wouldn’t allow some foolish males to beguile me; I was smarter than that. I may have
just been some spoiled City girl, but I wasn’t gong to let this be the way I left my world.
If this were a holobook or HV film, I would have screamed as high pitched as I could
and charged toward them with my stick as my only defense, bracing myself to smash their
heads in before they could smash mine.
But this wasn’t a holobook or HV film.
Before I had time to consider harming them, one of the boys spotted me and slowly
stood up, holding his hands out either in surrender or in warning. “Hey,” he said. “You’re
awake.”
The other four boys turned around and backed away from me. We stood on opposite
sides of the fire, and it was here that I processed how outnumbered I was. “Who are you
people?”
They never answered me. Maybe that was when I lost it.
Something inside of me snapped when the boy on the end strode toward me and tried
to grasp the stick from my hands. A curtain had finally been unveiled, and my animal
instincts that I didn’t know I possessed had broken free.

I jerked away from the boy, only to have him relentlessly try once more to take away
my only weapon. I swung the branch at him and watched him fall to the ground only a mere
foot away from the fire.
Just when I was starting to feel victorious, someone else shoved me from behind. I
landed on my stomach with an agonizing thud. I groaned and rolled onto my back to see
which one of them I had a right to be angry at, but I saw blurriness once again.
Why is this always happening to me? I’m dying perhaps. Yes, I’m dying.
My stick was in someone else’s palms, the sharp end touching my very neck. There was
a voice I recognized so greatly in the fading darkness. I couldn’t quite make it out. It was
happening again.

The League is all sixteen-year-old Terri Adams has ever known. Within the Dome’s protection from scorching sunlight and insufferable pollution, she is just one of the inhabitants of the League who is beginning to feel somewhat helpless as crime emerges in her prestige society.

When Terri is offered a ride home from a teacher she mistakenly believes she can trust, she is kidnapped and rendered unconscious. After she awakens in a strange new world, Terri soon realizes her life has been thrown into chaos. Her family is banished from the League, her kidnapper is on the loose, and now it is up to Terri to bring back justice for everyone. As she begins a challenging journey to uncover the truth about life behind the Dome and learn about love, Terri’s priorities become a jumbled mess as she attempts to distinguish what is more important: family and honor or passion and revelation.

In this inspiring science fiction adventure, a teenager attempts to overcome conformity and deception and find faith and hope after she finds herself in an unfamiliar world where nothing is certain.

Kristina Mathai was born and raised in Houston, Texas, where she still resides. When not scrawling out her thoughts in a journal, Kristina can be found sitting in traffic, organizing the space around her, or giving advice she doesn’t use. She hopes to persevere through school so she can continue touring the world to inspire her writing and add to her collection of traveler pins. This is her debut novel.