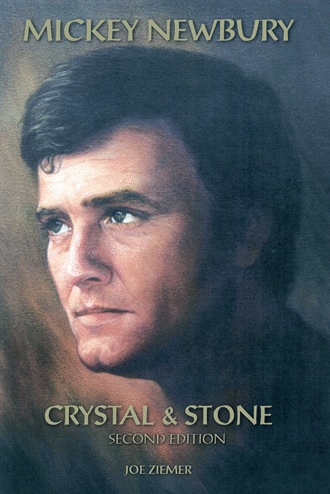 They came to Gulf Shores from 27 states and from as far away as Australia. Waiting for the Flora-Bama to open its doors, an eclectic clan stood in line: a banker, a biker, a farmer, a lawyer, a homebuilder, a missionary, a photographer, a defense contractor, a music box maker, a drunk. What homing signal drew birds of a different feather thousands of miles to a honky-tonk lounge? The first 154 would be rewarded with catbird seats to a venerable venue. Mickey Newbury was appearing on center stage.

Meanwhile, line mates talked about Newbury. They spoke of how four of his songs had conquered different record charts... how his compositions were interpreted by scores of disparate artists... how he helped launch careers for fellow Texans - Kenny Rogers, Kris Kristofferson and Townes Van Zandt... how his groundbreaking albums were instrumental in expanding musical boundaries and changing Nashville's Old Guard... how he refused to sell out... how most people in line knew him and many knew him quite well. How sadly... the farmer mentioned... he was ill.

On that balmy evening in 1999, Mickey Newbury's last public performance would not disappoint. While taking oxygen, the man sang his heart out, and throughout the two-hour marathon, there was not a dry eye. As usual, the tenor delivered simple words seamlessly wrapped in emotional packages, and when he was done - when he could not go any more - the village people reacted. They stood and cheered and screamed and cried for 10 minutes. He had reached everyone... the missionary and the defense contractor and the drunk. They were all Newbury'd.

Peers say he possessed exceptional skill, talent bordering on the uncanny. Newbury is frequently called a songwriter's songwriter and a singer's singer, highest accolades, almost always mutually exclusive. Strange as it seems, little is known of this extraordinary person. He was, to quote Kristofferson, "one of the most confoundingly complex bundles of contradictions..."

Bulls-eye. Newbury was uncategorizable. He was confoundingly deep and many chroniclers failed to get a bead on him. His story is an intricate account of ups and downs, an emotional roller coaster. Like most rides, it starts at the beginning, in Newbury's case, at his roots. Retracing the tracks of his ancestors, then, is the first step to getting a handle on the Legendary Mickey Newbury. The "L" word, though, made him awfully uncomfortable. He preferred just "Newbury."

They recorded his songs. Matter of fact, Newbury's material has been covered by over 1,230 artists. That is just about everybody.

His inspirational ballad "An American Trilogy" has been recorded by more than 550 artists. It was Elvis' showstopper.

His "Just Dropped In (To See What Condition My Condition Was In)" is the rocker that launched Kenny Rogers' career into the stratosphere.

Newbury, who grew up on Houston's tough North side, is the only songwriter to place four top hits on four different charts... simultaneously.

The train hopper was also instrumental in mentoring Kris Kristofferson, who says, "God, I learned more about songwriting from Mickey than I did any other single human being. He was my hero and still is."

And that is not all. Newbury's albums enjoy an extensive cult following. Peers consider him among the best of the best, and many artists refer to his albums as "perfect." Some call him a modern day Stephen Foster.

Why then is Newbury known mainly to insiders? A well-kept secret? Too good for the masses? Two truths can be stated: The man cannot be pigeonholed, and he refused to sell out.

Like crystal and stone, Newbury's fascinating story is clearly and solidly laid out. It may even change a few truths. As he wrote,

Like real-life characters drawn from a Steinbeck novel, Joe Ziemer's parents departed Oklahoma after the Second World War. With their possessions tied to a 1938 Plymouth Coupe, Kelly and LaWanda joined the wave of emigration from the poor land to the Promised Land.

Along with thousands of Okies, they traveled 1,800 miles on Route 66, looking for jobs, dignity, and a future. They went west on the Mother Road, all the way to the end of the line, to the Golden Land of California.

Joe was born in 1948 and spent his boyhood years in sun-baked Bakersfield. B-Town was a tough oil and agricultural town populated by roughnecks and dreamers, where fighting was an accepted way of making friends. Though the area's temperature was hot as hell, Joe has cool memories of riding the Killer Kern River well before whitewater rafting became a sport.

When he turned thirteen, the family moved south to an even hotter area in the steamy tropics, to an even tougher oil town, to Maracaibo, Venezuela, where Joe and his sister Paulette were the only blondes in the country.

Five years later, Joe graduated from Riverside Military Academy in Georgia as Superior Cadet. He then joined Los Hippies, a rock band in Maracaibo. The group performed early Stones and Beatles music, which was so much fun to play. Plus, it was an ideal way to meet girls. The U.S. Army lassoed Joe in 1968, assigning him to the top-secret Courier Service in Washington, D.C.

After completing his military obligation during the turbulent Vietnam era, Joe enrolled in College of the Redwoods (C/R), where he was honored to serve as Student Body President. Additional studies at the University of California at Davis brought a B.A. in Social Psychology and appointment as a Regents Scholar.

Joe has assisted broadcasters for forty years, supplying transmission systems to radio and TV stations. In 1996, his Indiana firm won a prestigious Exporter of the Year award. The job has taken him to over one hundred countries. From his travels, Joe says he sees no difference between extreme left and extreme right governments. In both cases, the people suffer terribly.

Passionate about free speech, Joe was Editor of Radio World International Newspaper from 1984 to 1989. He has written several journal articles.

Joe is happily married to Roxanne (married way over his head) and is proud to be the father of five children: Donovan, Jamie, Kris, Joey, and Megan.