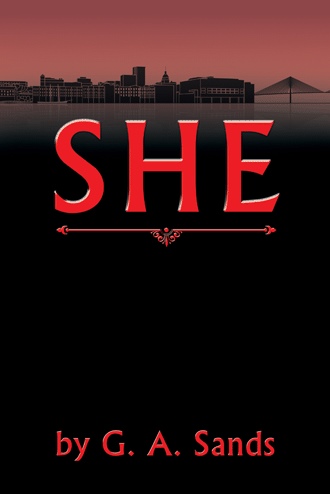 She unzipped her dress slowly, tantalizing him with each click of the zipper. He looked like a kid in a candy store who couldn’t wait to remove the wrapping from his treat. She took the shoulder strap off her right shoulder and then her left. She slipped the dress down over her breasts, past her abs, and to her mid-thighs. He was licking his lips; she’d gotten his attention. She had on a strapless black satin bra with matching panties. The thigh-high stockings, with lace just above the patent leather boots, were now visible. She moved around the hot tub to where he was sitting. She crouched down and lightly ran her fingers from the crook of his elbow to his earlobe. She massaged his shoulders and allowed her hair to fall off her shoulder and onto his face. The smell of hair had heightened his arousal: she smelled of jasmine and soap. He was distracted, no doubt about that. She reached into her right boot and flicked out her stainless steel butterfly knife with a pearl handle. Gratefully, Abba was singing too loud, and he had not heard the click of the blade. “Young and sweet, only seventeen.” Thank you, Abba.

She’s a killer, but you’d never know it. She travels the world to help those in need, murdering the bad guys by seducing them first with her feminine wiles. She knows her job well, trained by her father in the art of combat and the importance of blending in. Savannah, Georgia, is the place she calls home, her only companion being the caretaker, Sam.

Her true purpose appears when two thugs assassinate her father. She later realizes they are part of a bigger, more powerful group that deserves to be taken down. She uses her assignments to build her skillset and prepare for revenge. Meanwhile, it seems Sam has some secrets of his own, having hidden an impressive gun shop in the guesthouse on her property.

While seeking the men who caused her father’s death, she is sent on another mission that will take her in a direction she never expected. This woman of murder and vengeance falls in love, and now, she must choose between matters of the heart and loyalty to her father. Can she alter her murderous tendencies, or will her bloodlust get in the way of happiness?

G. A. Sands is an avid reader and lover of books who has been published in both local and national journals and newsletters. She lives in sunny South Florida with her husband, a fluffy cat, and a teacup Chihuahua.