The Truth about Dance 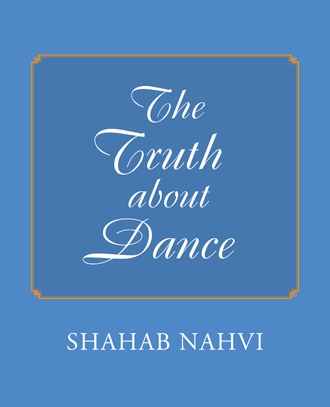 After more than twenty years as a professional ballet and modern dancer and teacher, Shahab Nahvi blends his life-lessons with his dance training to create The Truth About Dance. This engaging, no-nonsense look at all aspects of dance encompasses technique, philosophy, and history.

Nahvi studied with master teachers such as Stanley Williams, Nicholas Beriozoff, Maggie Black, and Martha Graham. Utilizing his unique experience, he teaches children and adults about movement and that dance is an extension of life itself.

The author discusses how a student with dreams of a career in dance can make the most of the class experience and how parents can educate themselves to make the right choices for their children’s career.
Part one, an extensive Q & A section, addresses commonly asked questions on:

Part two, a thoughtful exploration of issues salient to the dance community, including:

Gender inequality, how it has progressed over time, and its impact on women in dance
A new theory on the origin of the Swan Lake narrative
How the absence of mythology, folklore, and fables in new choreographies is indicative of a lack of philosophy and purpose
The problems created when young dancers turn professional before reaching maturity
Cinderella Complex--the choices we make, and how we come to make them

Written primarily for dancers, choreographers, parents, and teachers by an experienced career professional, The Truth About Dance is an insightful, informative, and intimate exploration of both the artistry and industry of dance.

Shahab Nahvi danced professionally for ballet and modern dance companies throughout the United States for more than twenty years. He is a graduate of UCLA, founder of BalletInstructor.com, and author of Ingrained Way of Living and Links Between Communication Competency and Social Competency During and After an Artist’s Career.