From the Disastrous Dating Files of Henley Gray 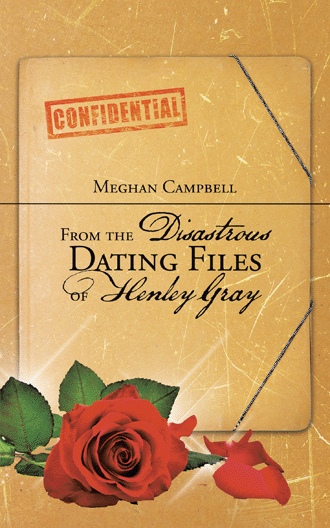 Henley Gray lives in a popular coastal Florida town. It is more popular with the over sixty-five crowd, but even so, nowhere is safe. There is always an ex waiting to remind her of the disastrous dating history she has created. Even though she is about to turn thirty-two, she still hasn’t mastered this whole boy meets girl thing. Until Marcus Grey, and no the irony of his name isn’t lost on her. Is Marcus her Mr. Right or just another Mr. Right Now? As she wades through the minefield that is Crescent Cove, Henley is constantly reminded of how hard Mr. Right is to find. Just as things are finally getting to her three months dating record with Marcus, Jordan Fischer tosses his hat in the ring. Will Henley choose Mr. Right or the one she has lusted after from afar? More likely, will she make a disaster of both and be back to square one? Come along for the ride as florist by day, disastrous dater by night Henley Gray attempts to find her fairy-tale ending.

Meghan Campbell was born and raised in a coastal Florida town, very similar to the fictional Crescent Cove she writes about. Meghan worked in flower shops for ten years before becoming an elementary school teacher and has been waiting to pen her first novel for several years. After editing hundreds of student papers, she decided it was time to get on with editing some of her own material. Meghan now lives in North Port, Florida, and is a mom to one amazing daughter.