A Collection of Poetry and Song Written to Inspire 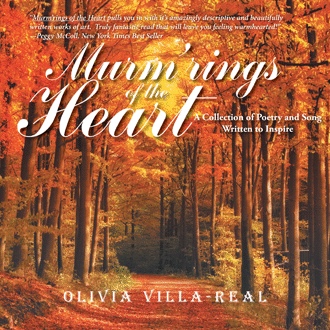 In this fast-paced world of science and technology, we have set ourselves to a never-ending race with time. We’ve lost our capacity to enjoy the simple pleasures in life. We have dulled our senses from appreciating the wild flowers along our way that flaunt their beauty and waft their fragrance on the breeze. We cast our vision hurriedly past the inviting pathways into the deep woods that eagerly entice us to take a moment’s rest. Lest we become robots devoid of feeling, machineries unable to experience bliss, we must elevate ourselves from the mundane to such loftiness of spirit as will enable us to experience and enjoy the true essence of life. This book offers us a sanctuary to rest our weary body and spirit, and its poetry allows us to feel the realities within ourselves—too often missed, yet are far richer than the physical realities around us that are too commonplace and barren to appreciate. The poems tug at the root of our being, awakening the treasures lurking within us—little gems too inspiring to miss and too beautiful to forget. This book is a window into my soul—the anima within me that gives me life. It is the true reality of my existence—more than the reality of my physical being. It is beyond what my intellect can reach and what my emotions can inspire. My poetry, which includes my songs, is the fresh breath of my soul; it is the raw expression of what is at my core, borne in the spur of the moment and perfected by inspiration. It is, therefore, in a spirit of love and absolute trust that I welcome you into this sanctuary of my soul since I render myself bare, naked, and vulnerable as I put you in touch with my true reality, which is devoid of fear, pretenses, inhibitions, as well as self-serving needs or purpose.

Olivia Villa-Real, an author, composer, singer and pianist, combines her passion for writing with her artistry in music. She infuses both genres with the sensitivity and sentimentality that permeate the Asian culture, owing from her birth, childhood, and early adult experiences in the Philippines. However, after immigrating to the United States and settling in Los Angeles, California the melting pot of different cultures, her creative canvas took on a different landscape. Like a sponge, her sensitive nature absorbed the varied prisms of artistic color that each culture had to offer. Hence, her poetry and music became an amalgamation of Asian, European, Latin, and American sentiments and rhythms. Despite all these influences, her firm internal compass remained uncompromising with respect to following the old traditional formats in poetry, which she learned in her studies of Western literature requisite to her completion of a master’s degree in English. Her sensitivity as an artist and as a composer helped her to express poignantly and effectively the very subtle nuances of emotion demanded by such a specialized art form as poetry. Furthermore, it has enabled her to write her novel, The Velvet Thorn, with clarity and precision demanded by a novel of such depth and complexity. She has performed in concert halls in the United States and abroad, including two solo concerts at the Dorothy Chandler Pavilion of the Los Angeles Music Center. Her repertoire includes operatic arias and other vocal and piano masterpieces by great masters like Puccini, Schubert, Mozart, Bach, and Chopin. Such an immersion became a thoroughfare through which she wrote, allowing her imagination to soar beyond the farthest horizon, finding physicality to words and having the acuteness of perception to describe the subtlest image borne by her senses. And her artistry is still evolving. She lives with her family in Los Angeles, California.