A sequel to A Grandmother Named Desire 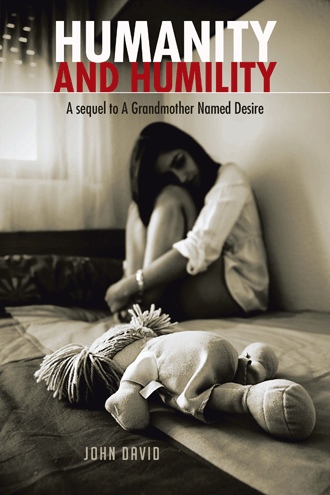 Tiara Maitland was trying to convince herself that she was not that drunk. But it had been seriously dumb to ‘borrow’ Tasha’s car from Tasha’s driveway at Tasha’s own party. Running some red lights in it to pay Tasha back for that drunken sneer about Tiara only being adopted might have been clever had it only been street cameras recording the prank, but not noticing the police car had been dumb, and it had been seriously dumb to put her foot down when she heard the siren. Lucky she had only gone through a fence into a flower bed instead of into another car and a shop window, but getting caught this time really sucked. To her credit when Carl had stopped to throw up she had not abandoned him and had been smart enough to warn him to say that he had been driving if he did not want her to mention their previous much nastier crash when Carl really had been driving. No successful get-away this time, but Tiara naturally assumed that Daddy or Brett would fix it – like her boarding school had fixed both shoplifting ‘incidents’ before expelling her, and like Daddy had paid a store-owner not to prosecute six months back - without bawling her out any more than when she had been expelled or when he had caught her drunk – but how could a girl go to a real party and be taken seriously if she refused alcohol? Aliens imposed no age limit on alcohol consumption, and Daddy idolised alien customs – as she had once shouted at him, so he was just being hypocritical in telling her not to drink. Okay, so it was a first being actually charged and fingerprinted and DNA swabbed and all that crap, but Daddy was big in the enclave, and everyone sucked up to aliens even though aliens in this enclave did not slaughter ‘hostiles’ in surrounding areas like they did elsewhere. Tiara took it as given that ‘stuff’ would get ‘sorted’. She was more concerned about the warders being so close to hysterics. Why did they keep asking if she had a sister? Why laugh more when told that she only had a half-sister who was not a real sister but an adopted sister and twelve years older and possibly the spiteful bitch who had put her in this dump. Tiara resentfully refused to mention her two new alien stepsisters, though one was due to arrive in the morning. Such intruders did not count in Tiara’s world, and she was resentful enough about having to wear such crappy clothes and share a cell. What could the warders find so funny about the girl already in the cell? “She already has nightmares,” was a line that seemed to put her escort in stitches for some freako reason. “That is why she is alone. Another nightmare shouldn’t make much difference.” Just you wait, Tiara thought, as a warder opened the cell door. Just wait until I get out of here. Even though ‘only adopted’ I am still a Maitland. The first warder stepped into the cell as the second warder pushed Tiara in behind her. “Corner not a good place to …” the first warder was saying, before switching suddenly to a panicky – “Oh, crap!” Next second the first warder was shouting something while the second pushed past Tiara, knocking her forward into the dismal little dump with its double bunk bed, little furniture, and no visible sign of occupation except the slumped figure in the corner. It was when the warder pulled the slumped figure away from the corner into the light that Tiara nearly went into shock herself, but not at the sight of blood streaming from the wrist of the trembling figure. It was the girl’s face that shocked Tiara. Because it was identical to Tiara's own face.

Identical twin sisters – orphaned and separated and adopted at birth – neither aware of each other’s existence – neither aware of their unique heritage nor the corrupt motivations behind their adoption. Emily grows up in poverty and injustice and with little parental interest. Tiara grows up in wealth and plenty but with little parental interest. Meanwhile Humility grows up in poverty but under harsh parental control. Matt sought to force Emily to become the daughter Matt wanted – but he failed. Or did he? Astra sought to force Tiara to become the daughter Astra wanted – but she failed. Or did she? Modesty sought to force Humility to become the daughter Modesty wanted – and succeeded. Or did she? Edward housed, fed and clothed Tiara and hoped for the best. The system housed, fed and clothed Emily and hoped for the best. Modesty housed, fed and clothed Humility and demanded the best. Then Modesty married Edward while Tiara and Emily met in Juvenile Detention and three girls’ life trajectories intertwined for both good and ill. Where will they end up when the dust settles? Read Humanity and Humility – a sequel to A Grandmother Named Desire by John David – and find out.

John David was born in 1955 in the city of Portsmouth, England, graduated at Leicester University, and worked for the civil service for 34 years before leaving to concentrate on writing. He is the creator of the epic six-part science fiction series Enemies of Society, and of A Grandmother Named Desire.