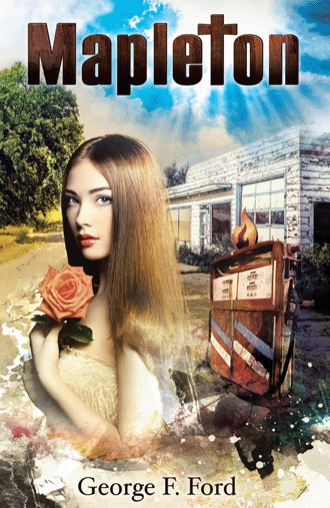 Easter was only a few Sundays away when David Moore and his wife, Anna, moved back to their hometown, Mapleton, in the Midwest. They hadn’t been there in over thirty years, since they had left to attend out-of-state colleges.

As they drove along the county road, they were transported back in time. They passed fields that now lay barren, and remembered the farmer and his wife who had tilled that land, the farmer’s children who had graduated from high school with them, and then other classmates’ names and faces.

As they rounded a curve, David and Anna saw what had been a thriving restaurant on the outskirts of town, the hot spot in the community, the place to go and be seen. A motel adjacent to the restaurant had been known as the "Love Motel," because while the rates were per day, the rooms were mostly used by the hour.

Now, however, a large, shabbily painted, and heavily weathered sign dangled by one big rusty hook on the front of the restaurant: CLOSED.

As they continued down County Road 1700W, Anna said, "Are you sure we ought to be going back home? Everything from my youth is starting to come back, the good and the not so good. David, what do you . . . think?" Anna’s voice trailed off to a whisper.

David stared at the road as if at any moment it was going to take him over a cliff, and gripped the steering wheel as if it might jump out of his hands. He pretended not to hear her question, but pressed the accelerator harder. "Yes. We need to return home."

They sat in silence, David stared at the road, and Anna suddenly found her sterling silver bracelet very interesting, as she examined every link, gemstone, and charm. Anna had not realized that returning to their hometown would be so hard, and uncertainty and fear were written all over her husband’s face.

The quietness seemed to make the voices in Anna’s head grow louder and louder, and the memories grew increasingly vivid. She reached over and turned on the radio, hoping the voices of Frank Sinatra, Tony Bennett, and Blossom Dearie would soothe her spirit.

When a commercial blared from the radio in stark contrast to the mellow voice of Tony Bennett, David was yanked back to the present. His palms were sweaty and his neck was frozen. He rubbed it as he tried to move his head.

David kept going over the question Anna had asked, "Should we return home?" He thought of several ways to answer her, yet none seemed right. Internal voices and pictures were competing for his attention. Should we be going back home?

He suddenly said, “Yes. Yes. We must return home.”

A traffic signal ahead, one of a handful Mapleton had, was turning from green to yellow, so David eased off on the accelerator. The SUV slowed, David looked to his left, and there it was, the community cemetery.

It had glorious names for the different sections, "Little Lambs Cemetery," "Eternal Hope Resting Place," "Memorial Park," and "Peaceful Acres." David didn’t know how well the names reflected the quality of rest those buried there were experiencing, but most residents of Mapleton took pride in the names and sections of the cemetery where one day they would be buried.

They wanted all who viewed their graves to know they had had money, status, and power. They were somebody, after all, whether they were living or dead. Some families erected private mausoleums with glass doors and windows guarded with iron bars, while others had large gravestones with angels or eagles on the top. They all stood like jagged teeth against the horizon.

The traffic light changed to green, and David drove past the city limit sign that read, "Mapleton City Limit: Population 21,703." David thought, that’s the same population Mapleton had when Anna and I left here over thirty years ago. He saw from the style of the sign and the dullness of the paint that it had never been updated. He wondered what the actual population was.

A smile crossed David's face. I wonder if the unchanged population sign is any indication of the unchanging thought processes, morals, and ethics of the city fathers and their offspring. His smile broadened as he remembered that citizens of nearby towns referred to Mapleton as "Peyton Place." Sure haven’t thought of that in years. I wonder what they based the name on? Rumor, speculation, or fact?"

David once again gripped the steering wheel tightly because the name "Peyton Place" chilled his spirit. He glanced at the fuel gauge and noticed it was near empty. "Anna, there used to be a gas station down the road, right? I think we’d better fill up."

He soon saw the sign for the gas station in the distance, but it was unlit. The entire place was deserted. Ivy was crawling up the walls, and the pumps had been removed.

Anna remembered where two bright red gas pumps decorated with chrome decals on the sides and glass flames on top had once stood. They had been like soldiers ready to obey the customer’s order of "regular or ethyl" and "fill her up, please."

Once again, voices and pictures were passing through Anna’s mind. She had always had concerns about returning home, but she had quickly dismissed them. We’ll never go back there. We’ll never return home.

But now they were sitting in their SUV with Frank Sinatra singing "Born Free," at the very gas station where the chrome decorated gas pumps with the glass flames on top had once stood. Dare she look at the door? The door! Her heart was pounding harder and harder, as memories were playing in her head. "Born Free," Anna mumbled to herself, "A nice idea, but it hasn't happened in my life."

Anna's mumbling brought David back from wondering how long the station had been closed. The rusted metal sign read, "Regular $99.9." He turned to Anna. "Well, if we can't get any gas, maybe we can get some food. Let's drive into town and get a couple of tenderloin sandwiches and some French fries at BJ's. Okay?"

Anna nodded. Her stomach was churning, not from hunger, but from the revolting memories the gas station had aroused. The last thing she wanted was food. However, going to BJ's would get her away from the station, and maybe away from some of her wretched and debilitating memories.

Her stomach churned even more as she said, "Yes, BJ’s will be fine." Only to wonder, Will I continue to be haunted by the memories in my mind? 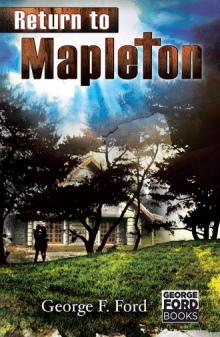 It is the 1950s when David Moore and Anna Kixmiller are teenagers living in the small town of Mapleton, Indiana. In a community where the people are friendly, power struggles, secret love, illegal practices, and relationships of convenience lurk behind the broad smiles and warm handshakes found on a Sunday morning in church. There is no question that childhood sweethearts David and Anna are suffering within the unhealthy culture and eventually leave Mapleton behind to pursue a new life together, swearing they will never return.

Almost forty years later, David and Anna make the agonizing decision, with help from Anna’s psychiatrist, to move back to historic Mapleton with the hope of healing Anna’s troubled mind and spirit. But as they drive down the main street of their hometown, the couple is immediately propelled back into their memories, unpleasant as they may be. Now Anna must come to grips with unsavory events from her past before she and David can ever move forward and find happiness again.

Mapleton is a riveting tale of intrigue and mystery as a retired couple returns to their rural hometown to find hope, inspiration, and redemption.

George F. Ford was raised in a rural community where he showed hogs, milked cows, and bred cattle. He has held positions in sales, higher education, business, and has pastored two churches. Now retired, he and his childhood sweetheart, Anita, reside in Vincennes, Indiana, where he enjoys driving his restored pickup and spending time with family.