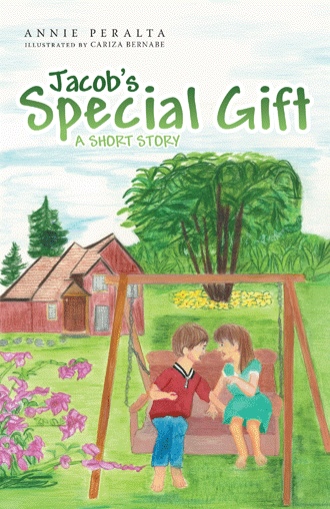 Nature’s sound of cascading waterfalls, babbling brooks, falling rain and other sounds are all pleasing to hear and listen to it relaxes, soothes and comforts the mind, a blessing to the human spirit. Harmonious sounds of songs, musical instruments like piano, guitar violin are all enjoyable and gratifying to the ear and what’s more it calms the nerves. Jacob in his own silent world misses all these sounds including the undesirable noises and distracting sounds of nature roaring thunder, lightning and gusty winds. The sound of laughter, cries, screams, whistle, ticking clocks, telephone rings and dripping water are all absent in his world. With the lack of sound in his life however, he still enjoys life he is not prone to worry, anxiety and his reactions to every day motions are less. Jacob a ten year old boy was born with a hearing defect a congenital deafness. He is deaf but he is not mute. He could not hear but he can speak. Inexplicably however, Jacob’s auditory system works normally only when he hears and identifies voices or sounds coming from people talking anything associated with bad plans to commit crime or intention to inflict harm on others. He can also hear sounds related to any dangerous event that is happening or about to happen. When he hears bad conversation either far or near, his ear vibrates giving him unexplainable pain a signal he is about to hear voices and sound that something wrong is happening or about to happen in some place, and his auditory nerve works with his brain where to perceive and determine the origin of the sound. After which he makes an attempt to follow this sound or voices and find ways to stop or prevent anything injurious from occurring. For any other ordinary conversation or sound he has no way of hearing or comprehending he is merely deaf for which his mother can’t simply understand.

Across the street lives Elisha his friend and neighbor a normal girl age nine, can hear see and talk, with golden brown hair medium length, sometimes in cute pony tail if not braided, has adorable laughing brown eyes, glowing skin sweet pretty face. Oftentimes they play at Elisha’s backyard lawn it has a wooden swing over a big tree or at times they just play jump rope or catch a flying disc known as Frisbees. Elisha and Jacob live in a small town called Maple side Creek. It is a mixed community of rich, not so rich and middle income family, strong and sustainable, with small and large banks, coffee shops, restaurants, and other businesses, a small chapel, a Park where Jacob and Elisha walk or ride their bikes. It is an urban community close to farmland and a small river where small boats are docked. Matt, Elisha’s father was very much against Elisha getting close to Jacob. He knew Jacob’s defect. “Elisha I told you not to invite that boy here anymore.” One day her dad told her. “But why dad, we were just playing, he’s a nice boy.” Martha, Elisha’s mother heard the dad talking and said. “Matt isn’t it preposterous what you just said why not let the kids play?” “How can you call it play, the boy is not normal he cannot hear.” “But they get along well.” “Yes because Elisha is forced to learn how to use sign language.” “What’s wrong with that? It is still a way to communicate.” The father has plans of relocating to another town just for Elisha to be away from Jacob. “Dad why are you so hard on Jacob is it because he is handicap.” “I grew up here, all my friends are here and I like my school I don’t want to leave this place.” Elisha continued. Jacob gave Elisha a dictionary of basic sign language and the sign alphabet so she may learn. Each alphabet is specified by using fingers and palms of the hand. It is used for spelling names and places. He also showed a CD where she can watch two people conversing using the sign while an interpretation is appearing on the screen. Elisha’s enthusiasm made her learned fast and with so much fun, now she can communicate with Jacob. Jacob’s family communicates with him through sign language. His father Luke and his mother Esther and his two sisters Abigail age eight and Gracie age five all learned how to use the sign language. Esther have been receiving advice from Jacob’s doctor about a surgery or cochlear implants but Esther did not approve of it she is concerned about some risks or complications. Esther usually stays at home to take care of the three children, Luke is a computer engineer and he has a business partner where they run a computer business on communications and technology.

One day Jacob was with his mom at the small town bank, while Esther was in line to reach for the next bank teller without noticing, Jacob went outside when he experienced vibrations on his ear, and pain then he heard soft voices of two people planning to rob the bank talking about the time of entry and the time to exit. He didn’t exactly know where the voices are coming from. He followed where the direction of the voices by walking further in the street and he saw a parked van and inside were three men, he saw the two men whom he heard talking. He went near looking at the men until he was noticed. One of the men got out of the car and so was the other one Jacob sensed that they were after him so he ran fast back to the bank. Esther has just finished with her transaction and was worried when she did not see Jacob she searched inside around the bank then went outside much to her surprise she saw Jacob running while two men were chasing him. When Jacob came to his mom he was so frightened he held her arm tightly. “Why are you chasing my son?” Esther asked the two men. “He was eavesdropping listening to our conversation” “Eavesdropping? “ Esther was surprised at what she heard from the two men. “You thought he was eavesdropping so you were chasing him. And what are you going to do with him because he heard what you were talking about? Let me tell you something my son is deaf and whatever it was that you were talking about, and afraid he must have heard he had no idea about it.” She answered in high tone. And Esther used a sign language to ask Jacob “Is it true what they said, that you were listening how did that happened?” Then Jacob answered in a sign “I want to tell you something later.”

Jacob’s Special Gift is a story in which the life of Jacob, a ten-year-old boy born with congenital deafness, was used for good advantage—it became a blessing rather than a disability. God uses Jacob to service individuals in frightful and daring situations through his defective ear, making favorable differences in their lives. It’s a mother’s moving and enduring spirit to support her son’s quest unfailingly and tirelessly, a powerful, inspirational story about bravery, brightness, optimism, hopefulness, and faith.

Annie Peralta originated from the Philippines and now lives in Los Angeles, California. She has written various articles in newspapers since 1985. She holds a bachelor’s degree in journalism from the University of Santo Tomas, and a Master of Arts degree in English as a Second Language from the University of the Philippines. She has been a business owner for more than twenty-five years. She is the author of Collection of Inspirational Poems for Young Readers and Marianne’s Christmas Miracle, published by the Inspiring Voices.