Book Two of The Children of Enoch Series 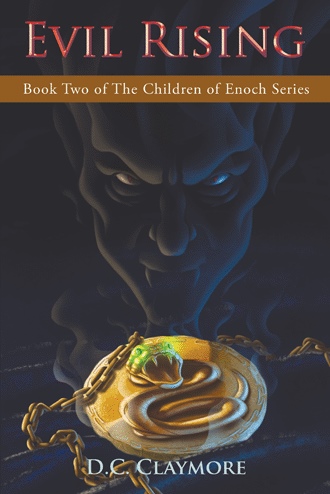 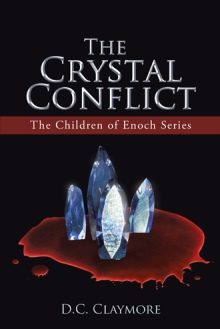 Biron Coomra, a child created by a biophysicist from Rylaxon and a powerful witch from a distant alien world planet called Earth, has struggled to find his place in a society that shuns difference. As a civil war threatens to tear Rylaxon apart, determined factions struggle to protect what they hold dear. Biron and those viewed as genetically different, through no fault of their own, are deemed a threat to Rylaxon purity. A consortium of Zealots has vowed to rid their society of anyone judged genetically inferior.

In Evil Rising, book two of the Children of Enoch series, the fragile peace that holds Rylaxon together is about to crumble. As a cybernetic boy with magical abilities, Biron is targeted for extinction at the hands of these self-proclaimed puritans. An evil entity bent on destroying humanity manipulates a cloning experiment based on Biron’s DNA, to create a new race.

Gorgos, the first of a bloodthirsty tribe of Vampeer, will stop at nothing to destroy Biron and conquer humanity. The fanged clone joins forces with the Zealots to frame Biron and turn the public against the young crusader. The brutal murder of a beloved religious leader only enflames the passions on both sides. While on the run, the young hero Biron mysteriously loses his magical abilities, and he and his family race for their lives.

When unknown forces appear, no one can predict the surprising outcome of their intervention.

D.C. Claymore has been creating fantasy tales since he was twelve years old. His Children of Enoch series is the product of more than thirty years of creative effort. An IT administrator and pastor of a small congregation, he is humbled by the writing adventure. He resides with his wife in Indianapolis, Indiana.