More Adventures of Bruno and Bowser

by Stephen B. Hughes 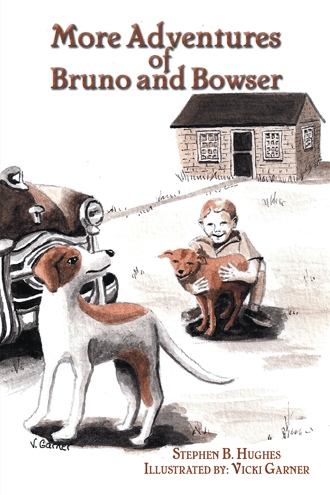 About a mile and a half northeast of our home and through some dense woods, my Dad took me once on one of our long, Daddy/son walks to a decayin’ old house. Dad called it the ol’ Valentine place. I knew then it had an eerie, creepy feelin’. It was like the house had eyes and each window appeared to have someone lurkin’ behind it starin’ out as we passed by. Dad said the place really wasn’t for little boys to be playin’ around. It was almost as if we had stumbled upon the house by accident. But I could tell that Dad recognized it immediately.

We found old fruit jars out in the back yard. And there were remnants of an ol’ battery operated radio that was used before the days of electricity in the area. There were other items layin’ around that appeared ancient to my eyes, a pick and shovel, an ax, a plow, and lots of ol’ rusty farmin’ tools. Somehow, I knew I’d have to come back.

I studied about that house for several months and decided that Dad must’ve thought there were ghosts in that ol’ house. Then, one day in late August before school started back in September, I discussed the matter with Bruno and Bowser. They agreed with me. We thought we’d better check the ol’ Valentine place out and see for ourselves if there were any ghosts inside the house’s hollow remains. 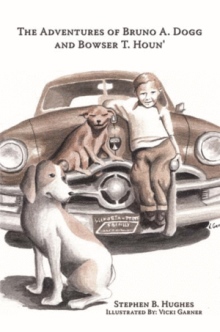 A sequel to his first book, Mr. Hughes brings the reader more adventures of his fun times growing up with Bruno and Bowser. For the author, his life was full of camping and getting to know the various critters in and around his Dixon Branch home. In this book, there is everything from groundhogs to bobcats to beavers and even a pesky lizard. There is also a ghost story that will bring chills to your bones. Above everything else, this book will bring a smile to your lips and maybe even a longing to be on an adventure of your own.

Author Stephen B. Hughes continues his childhood, mostly fictional accounts of adventures with his two beloved dogs, Bruno and Bowser, in this sequel to “The Adventures of Bruno A. Dogg and Bowser T. Houn’.” After retirement, the author has stayed very busy not only writing about his doggy adventures but also writing original songs. He has even completed a music CD and won first place with several of his compositions. He believes life to be an adventure that should be shared with all who have an interest in the outdoors and a love for nature.