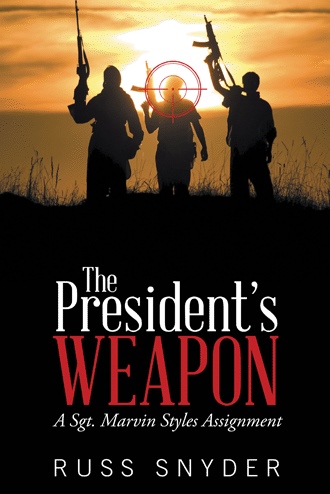 Akbar al Hamid stepped casually through the employees’ entrance of Madison Square Garden—something that he had been doing for almost fifteen years. He was a senior maintenance technician at the facility, where he was known as Gino Salerno. “Gino” had been smuggled into New York at an early age—fifteen, to be precise. He was held in state care until he turned eighteen and then released. He was quiet, minded his own business, and had shown an interest in mechanics. He caused no trouble and seemed eager to please. His story was that he’d been abandoned by his mother and had never known his father. A police officer had found him sitting on a street curb, trying to hide the fact that he was crying. He was a boy that everyone took a shine to. After his eighteenth birthday and his release from state custody, he secured a job as a construction laborer. He worked in this capacity for three years, during which time he observed, quite intently, the work of other, more skilled, workers. He had a natural aptitude for electrical work. This would serve him in good stead later on.

Gino had the complete trust of his supervisors and enjoyed the run of the place. He would be painting hallways one day and mopping floors the next. He would do any task asked of him and never complained. He was always smiling. He tended to be a bit of a loner but was never standoffish. He rarely socialized with any of his coworkers outside the workplace. No one would have ever guessed that for the past two months he’d been Though his antisocial ways seemed odd to some of them at first, they soon accepted him smuggling in components to make a bomb. A piece here, another stashed there; most made their way inside hidden in his lunch box. Directly after 9-11, all workers were searched upon entry each day, but that had relaxed after five years. Now the guards merely waved Gino through, never giving him a second look or thought. For the last week Gino had been bringing a new lunch cooler with him. The guards and his coworkers had joked with him about it.

“Yeah, the old Igloo finally wore out,” he always said, grinning. Actually, he had two new lunch coolers: one that held his lunch, snacks, and cold packs; and a second, which was designed much heavier. This morning he was carrying the lead-lined unit, trying, with difficulty, not to give away the obvious weight difference. His intention was that this would be his last day, as he was planning on calling in sick the following morning. By then, he would be far away.

“Hey, Gino, morning; how’s it going?” one of the guards, Eddie, called out.

“Not so great. Didn’t sleep much last night. Feel like I’m coming down with a cold or something.”

“That sucks. Well, don’t sneeze in my direction.” They both chuckled, then Gino walked down toward the time clocks, punched in, and headed down to the maintenance locker room.

“Hey, Gino, we got a bad GFI breaker in the panel box for the women’s bathroom up in the offices. Check that out when you can,” Chuck, his immediate supervisor, directed.

“Sure, boss. Get to it shortly. Gotta finish up some crap from yesterday first.” Then Gino went to retrieve his tools, which were all placed in an organized manner on a rolling cart. Today, however, he hid his lunch cooler on the lower shelf, out of sight, by two tool chests, a coil of multiple extension cords, and boxes of assorted supplies. He took a service elevator down into the bowels of MSG. There he made his way into an area where few people ever had cause to go, an access region, where the cooling system piping for the ice rink was housed. He entered and quickly grabbed one tool box along with his lunch cooler. Walking toward the rear, where the piping was most congested, he set to work. An hour later he was finished. The dirty bomb was completed, and the timer set. It was an ingeniously designed device; there was no risk of radiation exposure to him. There was to be a playoff game between the New York Rangers and the Washington Capitals the following evening. The bomb was set to go off at 7:35 p.m., the time the puck would be dropped to start the game. He then made a quick retreat back to the locker room, where he signed out a GFI breaker. He went to make that repair as he’d been instructed. Upon conclusion, he signed the original work order, signifying that the task had been completed. Then he went to find his boss.

“Ouch. That’s too bad. Yeah, sure, go ahead. You don’t get sick hardly ever. Hope it’s nothing too bad. I’ll make a note. If you still feel lousy tomorrow, don’t worry about having to call in. I got you covered,” Chuck offered.

“Thanks man, appreciate it.” Then Akbar al Hamid walked out of Madison Square Garden for the last time, and he never looked back.

A dirty bomb set deep in the bowels of Madison Square Garden fails to explode due to a faulty detonator, an act that enrages newly-elected President of the United States, Robert Williams. Determined to fight terrorists and protect his country and its citizens, President Williams moves ahead three weeks later with a risky plan. But first, he needs help from an old friend from the Marine Corp, Captain Richard Starr.

Starr has the perfect weapon to help the president in the war against terrorism: Sergeant Marvin Styles, a seasoned recon sniper whose mission is simple—to kill the enemy by any means available. Helping Styles and Starr is fighter pilot J. C. Christman and the world’s best computer hacker, Darlene Phillips. Williams hides the quartet of experts under the umbrella of his newly-formed department tasked with filtering terrorist information gathered by worldwide intelligence agencies and then reporting its findings directly to Williams. With their agenda declared, only two mission perimeters are set—to not get caught or kill innocent people.

In this political thriller, a group of experts acting on orders from the President of the United States must do everything in their power to rock the world of terrorism to its core as an anxious world waits.

Russ Snyder is a lifelong reader, beginning with the Hardy Boys series. He is active in his community and volunteers for charitable events on a regular basis. Russ currently resides in Tennessee with his best friend, Cattledog. This is his first book published with three more completed novels in this and a second series forthcoming.