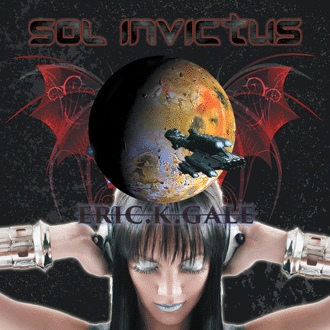 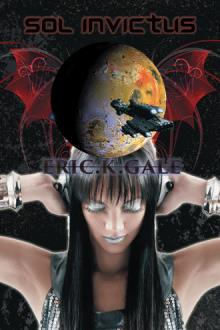 Only a long-dead and quarantined orb of darkness remains where the once-miraculous sapphire called Earth orbited its home star, Sol. All the sovereign nations perished alongside Terra, as interplanetary megaCorporations wrested control of the solar system, reducing their employees to serfdom and slavery. The auspicious commoners serve one of the 512 Solaran megaCorporations, while the remainder becomes rejectamenta on the auction block. The corporatocracy now strictly enforces a revived caste system, and individual freedoms no longer exist. The privilege of liberty lost its place—even its meaning—in the thousands of Extraterran colonies, from Mercurius to the Kuiper Belt. The University, once hailed as the savior of humanity and civilization, now viciously controls the Solaran populace at the behest of the avaricious megaCorporations. Manipulation via selective proscription, torture, and imprisonment never fail to effect the desired result. To this end, the University utilizes the cunning and deadly triOperativ assassins of SpecSci. Uriens, one of these agents skilled in the tradecraft of database hacking, interrogation, and assassination, has lost the zealotry instilled in him since the impressionable age of eight orbits. Now driven by infinite remorse and sorrow, Uriens will make the only decision possible other than death—to find a new path. He will enter into an epic quest spanning Sol entire in attempts to rescue the ethos of humanity, return freedom to the solar system, and restore his own battered mind, body, and soul. Will Uriens and his cohort succeed in their perilous ordeals, or will they merely worsen humanity’s plight, as well as their own? Eric respectfully requests that you support manned space flight, the NASA budget, and the funding of private and corporate spacing start-ups with your vote. If we had stayed the course after Apollo 11—instead of throwing good money after bad in unnecessary wars—these United States would already have nuclear fusion power, hotels in orbit, bases on the moon, mines on asteroids, and colonies on Mars—along with a much greener planet. The country that dominates space will holds the keys to the future and the guaranteed survival of our species.

Born and raised in the shadow of Hill Air Force Base—currently the largest fighter base in the USA—Eric developed a fascination with the military, aircraft, and space by 7 years old. Before graduation, he mapped out his future and joined the United States Air Force immediately after turning 17 years old. He proudly served as a Professional Aviator in the Air Force as a member of a small and highly classified Intelligence, Surveillance, and Reconnaissance career for 22 years. Exceptionally qualified to predict the future of information gathering, the planning of combat operations, and future conflicts like those in which his unit participated, he liaised, and often worked under the Army, Navy, Marine Corps, JSOC, NRO, NSA-CSS, DIA, FBI, DEA, OSD, and other random-acronym agencies of the United States. While flying covertly he served in dozens of countries. His experience culminated in an assignment to the Pentagon, as a Deputy Intelligence Manager. There he learned much regarding national interests, policies, and strategies. He can say no more.