Grit beneath My Nails 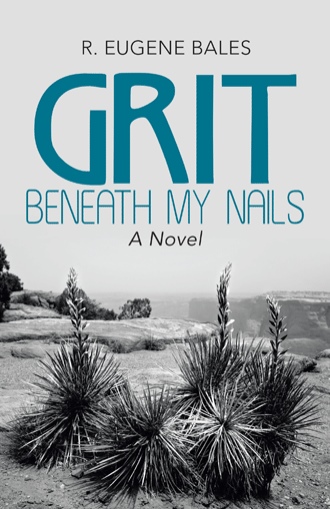 Prologue: August, 1943
The last time I saw Dad, he and Dwayne Breedlove were headed west in Breedlove’s ‘38 Chevy pickup. Breedlove had surprised us by showing up about four in the afternoon the day before. We hadn’t seen him for five years.
We didn’t have many visitors back then. At the sound of the approaching vehicle, Dad, Mother, and I hurried out of the house. We watched as Breedlove stopped his pickup amid a swirl of dust and stepped out of the cab. He was wearing Levi’s, a western style embroidered shirt, and a sweat-stained Stetson hat. His black cowboy boots were highly polished. What I noticed most of all was his belt, black, tooled with rosettes, and fastened with a shiny, silver buckle engraved with Breedlove’s initials.
“Hey, Lyle, good buddy, how the hell are ya’?” he called to Dad.
“Ain’t seen you for a while,” Dad said. “Where ya been?”
Breedlove tipped his hat to Mother and grinned.
“Ain’t where I been,” he said. “It’s where I’m goin’. Got somethin’ wet to slake a weary traveler’s thirst?”
“Cool, fresh water,” Mother said. Although I was only ten years old, I could tell from the set of her jaw and the scowl on her face that she thought five years was five years too soon.
“Thought I’d never find you,” Breedlove said. He slapped his dusty hat against his thigh. “How’d you end up down here, for Chris’sake?”
There was a moment of silence. “I think you’d better ask Lyle,” Mother said.
Dad cleared his throat. “Fresh water right over here,” he said, as he led Breedlove toward the well house.
“This time it’s it, Lyle,” I overheard Breedlove say. “This time I’ve got it.” He was gesturing dramatically with his hands.
“That man spells trouble,” Mother muttered. “Always has.”
The year was 1943.

Breedlove had found us at the Walter Mitchell place overlooking the Cimarron River valley in Baca County, Colorado, where we had lived since the late summer of 1941. Most people I know do not think of Colorado as a Dust Bowl state, but as the most southeasterly county in the state Baca was at the heart of the most persistent problem area.
We were never sure why Dad ended up in Baca County when he left his family behind and went west looking for work after the failure of his central Kansas appliance store in1939. But apparently he had heard that a few farmers and ranchers out there were attempting to reclaim some of the area after the dry years of the Dust Bowl, and that they needed workers during the reclamation period.
Arriving in the southeastern Colorado county sometime during the early spring months of 1940, Dad managed to eke out a living for himself working at various farms doing odd jobs. Later that year he met Walter Mitchell. Walter took an immediate liking to him, and by the summer of 1941 he had hired Dad on to share crop at Walter’s spread overlooking the Cimarron River in the far southern part of the county. As soon as the deal was settled, Dad had sent for us.
Mother never tried to hide the fact that she hated Walter’s place, Baca County, or Colorado--or that she had never liked Dwayne Breedlove. She said he encouraged Dad’s weakness for gambling. Dad scoffed.
“You’re just jealous ‘cause I knew him ‘fore I knew you.”
Dad and Breedlove had been like brothers since they were teenagers. They had hunted jackrabbits in the Flint Hills of Kansas with .22 rifles, shot snooker at the local pool halls, and snorted the bootleg whiskey that Breedlove always had a way of finding. Sometimes they even passed themselves off as brothers. Physically similar, they were compactly built, blue eyed, and fair skinned with golden red hair. And, Mother said, Dad was a sucker for the schemes Breedlove always seemed to have for getting rich.
This time he had come with a scheme to search for lost treasure. He said he’d heard a legend about Spanish gold bars that had lain for hundreds of years in an old mine shaft somewhere in the Sangre de Cristo Mountains, and he said he was sure he had figured out the location. That evening, over a supper of fried chicken, mashed potatoes and gravy, green beans, and chilled mint tea–all bounty of Mother’s garden and chicken yard--he spelled out his thinking.
“It all came to me, fell into place, good buddy, like ducks in a row,” he said. “You here in Baca County, the treasure just to the west. It’s like a pattern. This time we can’t miss.”
He turned to Mother. “Great fried chicken, ‘Becca,” he said, wiping his mouth with the cuff of his sleeve. She didn’t smile. She was shaking her head. I could tell she couldn’t believe that Breedlove actually was talking about buried treasure.
“Them damn fools got it all wrong,” Breedlove continued. “They been lookin’ for the stash in New Mexico. My readin’ of the legend puts it farther north, maybe not actually in the Sangre de Cristo range, but in the shadow of the range. In fact, I think it may be in one of mines right here out west of Baca County.”
Dad’s hands were trembling as he absorbed the full impact of the story. “But it’s illegal to own gold,” he said. “What’d you do with it if you found it?”
“They’s some ol’ boys down in Mexico ain’t too finicky ‘bout FDR’s rules,” Breedlove said with a smirk. “We’ll find a way, never you doubt that.”
Mother stood up from the table. “Lyle,” she said, “surely you’re not thinking of actually doing this.”
“‘Becca,” Dad protested, “this could be our big break, what we’ve been waitin’ for.”
“No, Lyle, not another fantasy,” Mother said. “You take off on this wild goose chase, don’t bother to come back.” 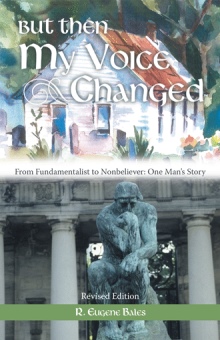 P. A. “Perk” Parker, recently widowed and retired from the law faculty of a small college in northern California, returns to the Dust Bowl country of his youth to try to find out what happened to his father. Lyle Parker disappeared mysteriously fifty years before in search of legendary Spanish treasure. Perk had heard rumors that a dead body had been discovered in an old mine and that his dad was wanted for questioning in a murder investigation. But now Perk wants real answers.

Assisting him in his search are a pair of county librarians, local peace officers, a childhood friend, and a colorful cast of old timers with their memories. Complications develop when Perk discovers rekindled romance with his childhood sweetheart, confronts the ominous threats of a classmate who bullied him in the schoolyard, tries to follow a disappearing trail of evidence from the past, and barely survives the machinations of a stranger who does not want him to discover the truth.

Set in southeastern Colorado, southwestern Kansas, and northern New Mexico, Grit beneath My Nails narrates the story of one man’s discovery--of the past, of nearly forgotten love, and of himself.

R. Eugene Bales grew up in southeastern Colorado and southwestern Kansas. He attended the University of Wichita and Stanford, where he earned his PhD in philosophy. Emeritus Professor of Philosophy at Menlo College and author of numerous scholarly articles, he lives in Menlo Park, California, with his wife, Kathleen. This is his first novel.