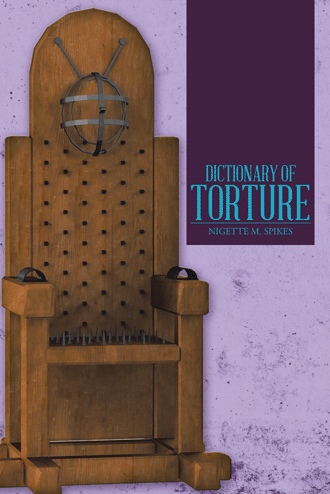 Abacination: the act of permanently blinding a person, either by removal, slitting, causing damage to, or putting out the eyeballs, damaging the optic nerve, or destroying the part of the brain that processes sight. Abacination most frequently occurred in history by putting a red-hot poker in the eyes. Sometimes red-hot coals are put in place of the eyeballs and the person burns to death. Abacination can also occur by Eyelid Removal and then burying the person up to their head or tying them to the ground face up so as to face the sun. Abacination can also occur by putting a knotted rope over one or both eyes and pulling it tight around the head, sometimes with a cudgel acting as a crank, until the eye goes blind due to too much pressure. See Knotted Rope. Samson was punished by abacination. Origin: ancient Philistine.

Abdomen Strikes: to punch or slap a person in the stomach. The boxer gave his opponent ten abdomen strikes. Origin: ancient Mesopotamian.

Acid: a chemical that burns or dissolves skin on contact. Acid may be used on one particular body part, may be dumped on a person as an execution, or may be used to dissolve the entire body after death. She was forced to lay there unable to move while acid dropped on her forehead rhythmically every other second. Origin: ancient Egyptian.

Ackerman’s Hotel: nickname for any kind of prison, originated with Newgate Prison in Medieval London, England but now is a general term referring to any prison anywhere. A man named Ackerman was in charge of Newgate Prison once and it became Ackerman’s Hotel, the clients couldn’t ever check out except by death. Origin: Medieval England.

Admiral of the Red: nickname for an executioner. The admiral of the red executed many people. Origin: French Revolution.

Affectionate Snake: a snake used for the purpose of sodomizing a person so it disembowels the person inside by eating them, trying to escape. This is a variant of Rhaphanidosis. The homosexual died from having the affectionate snake make love to him. Origin: ancient Chinese.

Alfet: a cauldron in which to heat weapons and tools or to burn a victim. The alfet heated the tongs. Origin: ancient Anglo-Saxon.

Amputation: the act of cutting off a body part such as a hand, foot, nose, breast, ear, or other as a way of punishing and marking them as a criminal for life. The thief had his hand amputated. Origin: ancient Hebrew.

Ankle Stocks: a form of stocks or pillory that is a wooden board with two holes in it that ankles are locked in. The ankle stocks, just like any other form of stocks or pillory, opens from a lock to the side and the top of it is lifted like a box. The circles for the limbs are then only half-circles. Ankle stocks are usually paired with foot-whippings, canings, bastinado, and foot-roasting. Origin: ancient Hebrew.

Anodyne Necklace: another name for a Noose.

Arena: a large scaffold where thousands of audience members plus the king or emperor watches victims, sometimes called gladiators, fight to the death, get eaten by lions or other animals, get tortured, and or executed. Emperor Diocletian put to death many Christian martyrs in the arena. Origin: ancient Roman.

Asphyxiation: the scientific word for Strangulation.

Axe: a blunt, double-bladed weapon used not only in combat, but also to decapitate a victim with his neck stretched out over a chopping block. Mary, Queen of Scots, was a famous victim of decapitation by axe. Origin: ancient Roman.

From ancient times to today, there is no question that torture has been an integral part of human history. From the world’s first documented society of Mesopotamia to the present day; from the famous to the most obscure; and from the Far East to the West and every society in between, the Dictionary of Torture shares fascinating facts on how torture and execution methods have been used throughout history.

Nigette Spikes, a researcher and torture historian, relies on years of research to share a compilation of torture methods from around the world. Whether it was to punish criminals in Abu Gharib, extract confessions from accused witches of Salem, or for the sadistic pleasures of Vlad the Impaler, every alphabetical entry graphically describes a torture and its origins. From the fearsome breast ripper, the terrifying spiked collar, the pear of anguish, and the Judas cradle, Spikes reveals what went on in the dungeon of a medieval castle, how Inquisitioners extracted confessions from “sinners,” and what kind of tortures are still used today.

Dictionary of Torture is a one-of-a-kind collection of torture facts that reveal detailed descriptions of methods and explore world history from the first documented society several millennia ago to present day.

Nigette Spikes is a researcher and torture historian who has spent years compiling historical facts. She lives with her three dogs, Cody, Sara, and Sam in Northern Minnesota, where she is working on her next project, Encyclopedia of Torture.