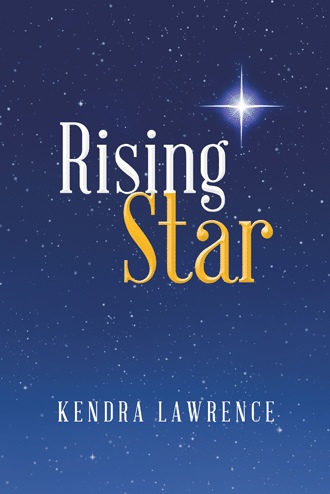 The air was heavy with a feeling of change, but what that change was, the angel Togoso had no idea. The wind ruffled his feathers and toyed with his raven hair as he gazed up at the Solver, a fifteen-story building of gray stone pointing to the milky sky in one of the many realms within and around Celestia. It was named for its function and would serve its purpose no matter what it was called.

Togoso turned from the Solver to face the hillside, which was the end of the dimension. Beyond it was the realm of the Horin, a reclusive race of celestials who would nevertheless send representatives to visit the Solver. They would emerge from the misty veil at any moment.

The Solver was in a kind of pseudo-plane known simply as the Pocket, essentially a small meadow. Some angels had offices here, but the Ginjo ran the Solver, and the six of them were the primary residents. Even though they lived in this small plane, the Ginjo were known throughout Celestia. They were the bearers of the Farthest Lands, held in plain pendants but for a rune representing those respective lands. The changes created by time and the natural evolution of the planet threatened to shatter the Farthest Lands as new continents rose up. There was no room for them to coincide, so the god Shuran took soil from each of the Farthest Lands, and the Ginjo were born.

He flexed his wings with a small grimace and watched the Horin approach over the hillside. His wings ached again, and it made the rest of him tense. The feeling of change didn’t help. Something nagged at him, and he couldn’t shake his unease as he stood there. He felt he was waiting for something other than the Horin.

“The wind from Lesvan is chilly today.” The voice’s owner came to stand beside him. The Ginjo Ligo, the bearer of Shiket, was most likely to make idle conversation. “Why don’t you wait inside, my friend? The Horin don’t expect a greeting.”

“I wanted to get some fresh air,” Togoso said shortly. “I’ll be along when the Horin arrive.”

“Your wings are hurting again, aren’t they?” Ligo adjusted his cowl.

His dark hair was visible beneath the hood, but his white mask hid his features. It moved with his face like a second skin. All the Ginjo wore such masks, concealing their faces even from other celestials. No visible straps kept the masks in place, and none had ever seen the features beneath them.

“Did Keiji send you out here?” Togoso resisted the urge to move his wings again.

Ligo shook his head. “No, he’d likely be cross with me if he knew. I’m supposed to wait with the others.” His black eyes looked sidelong at Togoso. “And so should you.”

Togoso didn’t answer and glanced up at the clear sky. Sometimes it would shift, and the veil would thin for a moment, giving him a glimpse of home.

“You should listen to Keiji more often, Ligo,” the angel advised. “As the bearer of Nihon-Zhong, he probably has some wise words for you.”

The Farthest Lands each Ginjo bore consisted of multiple countries—save for Shoshon and Shiket—making up one or more continents, but they were named after only one or two of the countries, part of a name, or culture residing in a particular country.

Ligo snorted. “He and Gildas always have something to say to me. And don’t get me started on Hok’ee and Jabilo. And Kor …the bearer of Shoshon is the worst of them.”

The angel shook his head at Ligo’s comment. “Kom will be here soon. I want to greet him before going inside.”

This meeting wasn’t just about the Horin, but also for Kom to tell them what he discovered while spying on the demon overlord Asmod. Angels rarely ventured into the Hells, but Kom had survived and come back with an item he’d stolen, and today, he would reveal what it was.

Ligo smirked at the mention of Kom, but Togoso ignored him. The Ginjo must have taken the hint, for he headed back toward the Solver, leaving the angel standing alone.

Togoso grimaced and stretched his wings again. He wished he knew why they hurt so often. Irritated, the angel forced himself to flap them. The wind he created rustled the bushes that grew along the Solver’s wall. The muscles in his back protested, but he did his best to ignore them as he moved his wings up and down and back and forth.

A low chuckle made him stop and peer over his shoulder. Kom was there with his own wings folded nicely against his back. His hair, black like Togoso’s, was shorter, falling just past his shoulders and often hanging over his face. His eyes were a stormy blue, whereas Togoso’s were gray, and his features were harder than Togoso’s but still handsome. He moved with the grace of a warrior as he came forward. A package was tucked under one arm, and Togoso assumed it was the artifact he’d recovered.

“Laughing at my discomfort?” Togoso scowled slightly, even though he wasn’t really mad.

Kom shook his head. “Not at your pain, my friend. You just look a bit ridiculous flapping your wings like that.”

Togoso rolled his eyes and gave the other angel a wry smile. The two had been companions for centuries, and it had been agonizing when Kom was in the Hells. Even if his ruse wasn’t discovered, he could still have died. No one else seemed to have noticed, but Togoso, who had spent so much time with Kom, knew his friend had changed since returning.

Centuries ago, an angel’s betrayal left the plane of Celestia reeling. Not long after, mortals and celestials alike fought demons in the War of the Races, mistakenly thinking a battle against the demons would never happen again. Unfortunately, now nearly two thousand years later, rumors are circulating that the Lord of the Hells has a daughter, and demonic activity in the mortal plane of Elyshaeza is increasing.

Neil is a rogue demon who has left the Hells for Elyshaeza. But when he encounters Shara Aotallin, an elf ordered to take him to be judged, he is suddenly thrust into a mystery that leads him and several elves to a gruesome discovery. Artemis is a young celestial left on the mortal plane who is questioning its abilities and identity. Another celestial tries to perform his duties, but is haunted by the past and the present. After a village girl, Collie, is brought to Celestia, an incident with a demonic mirror literally leads her to the Hells and back. And it is only the beginning for all of them.

Rising Star, the first of the Rain of Stars trilogy, is an exciting fantasy tale that pitches celestials and mortals into the repetition of history as demons lurk in the shadows and all await their destinies.

Kendra Lawrence began a love affair with fantasy fiction at an early age and has known she wanted to be an author since age twelve. She earned a bachelor’s degree in English at Portland State University and lives in Oregon. This is her first novel.