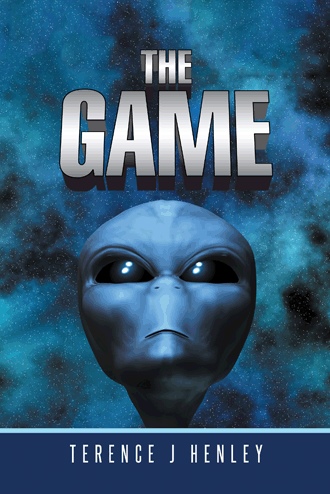 As I opened my eyes I couldn’t see a thing, I was cold and felt wet all over. Someone was rubbing my chest and back getting the blood and wet sticky liquid off my naked body. Something hard was poked into my mouth and I felt it sucking liquid from my throat. The person holding me was shouting at other people I could barely see as I tried to force my eyes open and looked up into the bright white lights. They were so bright I had to close them again and when the item was removed from my mouth I let out a loud scream. I was in considerable pain and panicking for a reason I didn’t understand. I was fine about an hour about ago then I was drugged and . . . what had happened to me? I tried my hardest to recall what I had been doing or where I was, but the memories wouldn’t come. I knew I must have been given a drug of some sort, but I didn’t know why, who did it or how much time had passed. I felt numb, awkward and then I realised I couldn’t feel my arms and legs, well not properly, what was going on with me, why weren’t my hands working? I opened my eyes again but everything was blurred and I guessed that was from the drug I was given. I closed my eyes and felt someone going over my body with delicate hands, my legs were being lifted and examined and once again I had the feeling that something was not right with me. Someone had done something to me which was obvious as I was not my usual self. As soon as my eyes could focus, I would get up and find out where I was and what was happening. My head started to ache and I felt tired then I was picked up as if I was light as a feather and I couldn’t understand how this was happening. I felt something warm go around me and then my arms and legs were crushed into a warm . . . what I could only call . . . blanket. But that shouldn’t and couldn’t be happening. In God’s name what was happening to me I thought to myself. I was now getting frightened; I had no idea where I was, what happened or why I was being held this way. I started to breathe fast, almost hyperventilating despite being held in a giant’s hands. My mind was in a turmoil and I hadn’t had a drink in I didn’t know how long. Then I thought a drink, yes, it must have been a drug that was put into my drink and now I was where? Where was I and why was I here? I suddenly realised I was being carried across the brightly lit room and as I opened my eyes again, all I could see was the blurred face of a woman who was smiling at me as she looked down into my eyes. Was she trying to help me or tell me something, I realised I was on a planet that had very big people and I couldn’t recall what planet that could be. Another thought entered my head; I was searching for an answer to questions that I had no idea was right or wrong. Was I in intensive care? Had I been in an accident? I tried to think but the memories wouldn’t come; I was still in denial of what had happened to me. I closed my eyes and felt myself being lowered then more thoughts entered my head. The woman, who was very tall and had brown skin and wore ultra-white clothes, must be a nurse. The problem was, in what department? I was certain now that I had been in some form of accident more than likely in space, because this nurse I was sure was from the planet Midas. These people were dedicated healers and helped everyone who was especially in a space accident. We had discovered the Midans two hundred years ago and they had been very good to us, but I couldn’t recall if they were tall; perhaps this was one of their people who were very strong and very tall. I recalled then that these people were also space farers and had ultra fast ships, hospital ships that were always on alert in case a ship struck an asteroid. That was it; I must have been in the Nyota star system which is crammed full of asteroids that are very rich in gold, uranium and thorum ores. I must have been on a mining or survey ship; no, it must have been a survey ship as I knew I was not an asteroid minor. I recalled now that I had been on a ship, a large ship, the Spirit of Utopia, I was heading out to Uranus on a special mission, something must have happened and I was on the Midans fast response Hospital Ship, All Hope is Not Lost. As I was being lowered, now so tight inside this blanket, I thought I must be very small or very light to accomplish this and if I was in a ship, then they had the artificial gravity down very low. Sounds entered my head, people around me were all taking at once; flashes of light suddenly filled the room as I was held upright in the nurse’s strong hands and faced a camera. The person holding the camera was still blurred and I cursed my eyes for not focussing correctly. What in hell had they given me? 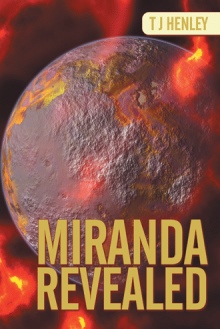 THE GAME happens inside a very large Hadron Collider which is built by the Utopians Godisious and Luciferious to fi nd the answer to a problem their people have. Th e Cycloves are a very dangerous species, intent on killing everyone and destroying every planet they come into contact with. Having destroyed one galaxy, they are now on route to the Utopians galaxy. Needing an answer as soon as possible how they can accomplish this, they make a new multiverse inside the Hadron Collider that is in orbit above their moon. Th e Hadron Collider holds a number of universes, thousands of galaxies and millions of stars and planets. Everything within the Collider is very small, but the species that live inside it have no idea. Th e Cycloves are put at the top of the Collider and the humans lower down. Th e people from Utopia Prime enter Th e Game to take control of the units within it and get them to fi ght the Cycloves. Th e main two characters Darrent and Chrymella who are inside Th e Game, have to work together to fi nd the answer before the Cycloves return and destroy the Utopians and everyone else in their galaxy. When Darrent fi nds himself occupying Chrymella’s body, he is not happy and wonders how he can do his job

Terence J. Henley, Terry to his friends, is disabled, formerly an electrical engineer and educated up to a degree in physics and maths. He had to retire in 1993 after he developed an Epidurmoid Cyst inside his spinal column and was given three months to live. He has read mainly science fiction novels all his life and is very interested in space. He also wrote short stories for his friends while taking their English exams in school. He has also designed three spaceships and the first one he sent to NASA, three years later a very close replica of it appeared on the cover of Spaceflight (a BIS publication) which turned out to be the Space Shuttle. He also designed a theoretical engine with engineers from Rolls Royce engine division back in the 70’s. His wife is continually at his side helping him through the long and often very painful days and nights. Terry is an amateur astronomer and a member of the BIS (British Interplanetary Society), and he follows the space programme with keen interest. He hopes he will see when the first people set foot on Mars and start a new life there. His other interests are films, Sci-Fi and Thrillers photography, model building and reading, mainly SF and Horror. His favourite author is Steven King. Terry has written a Sci-fi trilogy and a teen romance and a large number of novelettes. He now also edits the on-line magazine Odyssey for the BIS (British Interplanetary Society) and is helping to edit a new anthology by BIS authors.