Yaard and Abroad - From a Jamaican Perspective 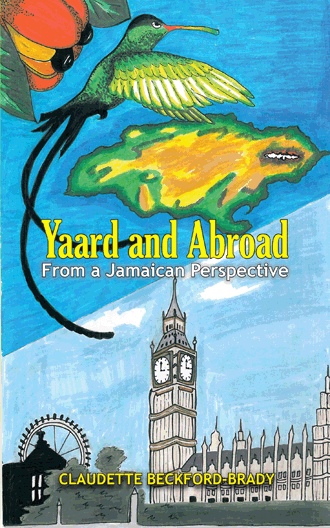 She was watching Eastenders with half her attention and daydreaming about returning home to live in her brand new dream house with the other half, when her attention was suddenly snapped back to the TV. Eastenders went off-air abruptly, and was replaced by the sonorous voice of the BBC’s regular news anchorman. “We interrupt this program to bring you a special news broadcast… The international wires are buzzing at this hour with the astonishingly unbelievable story of the inexplicable disappearance of an entire island in the Caribbean. Jamaica…” Millicent sat bolt upright in her chair and used the remote control to increase the volume. She could not have heard right – the newscaster could not have said what she thought she had heard… “…Jamaica, the largest island in the English speaking Caribbean has disappeared from the face of the earth! As we speak, United States aircraft and ships are reconnoitring the area of empty seas between Cuba and South America, where the island nation used to be. All attempts at communication with the island are met with silence. Emails are returned as undeliverable; telephone calls are unable to be connected…” Millicent’s heart seemed about to burst through her chest. This could not be. It had to be some kind of April Fool’s joke in the middle of December. But this was the British Broadcasting Corporation – they had no time for practical jokes. She grabbed for the telephone and dialled the international code and her mother’s number in Jamaica. A few clicks, and then an automated voice; “Sorry, the number you are attempting to call does not appear to exist…” She replaced the receiver and sat staring into space. This was impossible. She switched the TV to another channel. Same news. She turned on the radio… same news... “…Speculation is running rife. There are no indications of any seismic or volcanic activity either in the Caribbean or anywhere else which would offer a possible explanation…” “But this is ridiculous,” Millicent thought to herself. “No country can juss disappear juss suh…” But there it was; on all the news networks and on the Teletext. It must be true. She began frantically calling family members and friends within the UK and the US. Everyone had heard the news. Everyone was in a panic. No-one could get any response from anyone on the island. It really was true! But how could an entire island just up and vanish without a trace? Three million-plus people, gone, just like that? Her mother. Her siblings. Aunts, uncles, cousins. Friends…all gone – just like that. Never to be seen again. Never to be hugged again. Her brand new, almost completed dream house. Gone. Never to be lived in! What would she do now, with nowhere to retire to? And how would she recoup the monies she had expended on the purchase of her land and the construction of her house? She would have to find another job, and worse, she would have to stay in Britain until she could arrange some alternative, like Florida, perhaps. But where would she live in the meantime, with the sale of this house almost complete? It just wasn’t possible. It had to be some ghastly mistake or some sick joke. Cuba was still there, and so was Hispaniola with its two nations of Haiti and the Dominican Republic. Why Jamaica? Where on God’s earth could it have disappeared to...? Devine retribution? Punishment for all the crime and violence? The corrupt officials and politicians? The murdering gunmen, thieves and rapists? But these things were not unique or indiginous to Jamaica? If indeed it was punishment from on high, well what about the bad old US of A, or almost anywhere on earth, for that matter? There really had to be a logical explanation. Could the island have sunk under the sea? If so, what could cause that to happen? The news report stated that there were no indications of earthquake or volcanic eruptions. What then? A giant meteorite? Extremely unlikely – such an event would have been tracked by the world’s scientists and media. It was said by scientists that some islands would disappear as sea levels rose due to global warming and the melting of the world’s glaciers and icecaps. But Millicent thought this was only a threat to certain low-lying Pacific islands – not Jamaica in the Caribbean Sea. If Jamaica had indeed been submerged it had sunk very deep, for not even the tip of the Blue Mountains’ seven thousand feet peak could be detected by the United States Navy with all its sophisticated sonar and other instruments, Millicent heard a reporter say. She thought of all the things the world would lose as a result of this strange phenomenon. Jamaica, the jewel of the Caribbean Sea; the home of Reggae music and Bob Marley. White overproof rum and Tia Maria. Jamaican coffee, Jamaican bananas and Jamaican ginger. Pimento. Jerk spices and sauces. She could go on and on. No other country on earth could replicate Jamaican music, tastes and flavours. Other places could be scenic and beautiful. Possess waterfalls and white, soft sand beaches, sunshine and blue seas. Exotic birds. Flora and fauna. But no other country in the world could ever be as unique and wonderful as the little island of Jamaica which used to sit in the Caribbean Sea. And then there were the Jamaican people themselves. Unique and different. Brash and sassy. Who else on earth would even think of, let alone do it…? Who ever heard of a tropical country where nine-tenths of the population have never even seen snow, entering a bobsled race? Millicent gave a bitter-sweet reminiscing smile. But is bright them bright. But only Jamaicans! 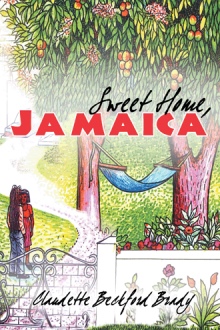 Yaard and Abroad is a beautiful collection of short stories which exemplify the Jamaican culture and its people, those living on the island and those residing overseas. The book begins with a story that depicts the genesis of the island's history - the coming of Christopher Columbus and the Spanish conquistadors, and continues with different stories that illustrate the Jamaican psyche and the uniqueness of Jamaica as an island, and the nature and attitudes of her people. Stories such as "Where is Jamaica?" and "Rent-a-Dreads" tell the reader what is good and bad about the island. In "Where is Jamaica" the island disappears into thin air and despite air and sea searches by the United States navy the island is nowhere to be found. Empty seas lie where the island of Jamaica used to be. With the disappearance of the island it is lamented that the world would have lost so much that is uniquely Jamaican; over-proof white rum, authentic reggae music, to mention a couple. "Rent-a-Dreads" on the other hand is about the harsh reality that tourists are sometimes preyed upon. The book contains a total of nineteen short stories which are set on the island of Jamaica (yaard) and in the United Kingdom (abroad). Each story depicts different topics that are true and reflective of the nature of Jamaica and Jamaicans. "Bun" describes the musings of a wife whose husband appears to be giving her "bun" which is the Jamaican vernacular for having an affair. "Vextation" gives a humorous look at a Jamaican domestic worker attempting to get a live-in job and constantly putting her foot in her mouth with the potential employer. This book will appeal to Jamaicans at home and abroad and can also be enjoyed by a world-wide audience.

Claudette Beckford-Brady is an award-winning novelist and short-story writer. She was born in Old Harbour, Jamaica, where she spent the first seven years of her life before going to join her parents who had migrated to the United Kingdom leaving her in the care of her great-grandmother. She learned to read at her great-gran’s knee and it was there she developed the love of reading which has stayed with her throughout her life. At some point during her early years it occurred to her that she could perhaps write as good as, if not better, than some of the authors she was reading and this inspired her to start writing short stories. She began entering her stories in literary competitions in 1991 where she achieved great success, winning a number of awards. Two of her award winning short stories are featured in The Gold Anthology, which is a collection of award winning entries from the Jamaica Cultural Development Commission’s annual literary competition. Claudette also has three published novels.