He Walks with Us 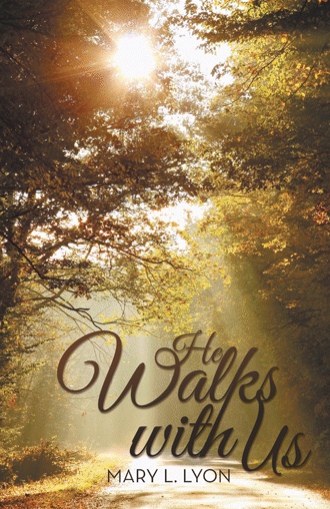 We often like to think that if we do enough good things, it will wipe away any of the bad things we have done. We are not seeking forgiveness for our sin. We are seeking a goodness that outweighs the badness. However, that does not address our sin.
There is a direct penalty for our sin. Death is required for God to extend forgiveness to the sinner. Blood must be shed.
God has demanded the death of an innocent one. God has demanded the sprinkling of blood of the one who dies as payment for the one who sins. Apart from the death payment, a man’s sins cannot be forgiven.
In the Old Testament, the Israeli nation was constantly providing innocent animals for blood offerings for the sin of individuals and for the sin of the nation. The life of the animals was in the blood. So ultimately, what God was requiring was the sacrifice of the life of the innocent animal for the life of the guilty sinner. God was requiring an innocent life be sacrificed unto death for the forgiveness of sins.
I believe we can say the first sacrifice for man's sin occurred in Genesis 3:21 when we read,

"And the Lord God made garments of skin for Adam and his wife, and clothed them."

Innocent blood was shed to cover man's nakedness (shame, sin).
The problem is that the sacrifice of animals never fully satisfied the penalty for sins and so needed to be constantly offered. The priest would sprinkle the sinner with the blood as a sign that the penalty for his sin had been borne by the innocent animal. However, the sprinkling of animal blood did not last. It was only a symbol for the real sacrifice that would be paid for our sins which was the death of the Son of God, Jesus Christ.
God had a plan for the ultimate sacrifice for the forgiveness of our sins. God had a plan to satisfy the penalty of death once and for all, so that we could have a relationship with the God of the Bible, our Creator and Father. So, God could walk with us.
Christ’s sacrificial death was the plan and fulfills that penalty for our sin. He was without blemish. He was without flaw. He was without sin. He is the Son of God who takes away the sin of the world. John 1:29 reads,

"The next day he saw Jesus coming to him, and said, "Behold, the Lamb of God who takes away the sin of the world!""

"My God, My God, why hast Thou forsaken Me?"

The physical death was the innocent blood for the forgiveness of our sins. Through Christ's physical death on the cross there was the shedding of innocent blood. When God looks at us, as believers, He sees the blood of Christ shed on our behalf and we are forgiven.
But remember, I believe the penalty of sin was spiritual death; and through that moment of spiritual death experienced by Christ on the cross, the penalty for sin was satisfied.
Both deaths were necessary; innocent blood needed to be shed and the penalty needed to be paid. Both were accomplished in the One, Jesus Christ.
Think on this: The Son of God, for a moment in time (the gospels of Mark and Luke tell us that this moment lasted for three hours) was separated from God the Father, in order that we might have eternal life; that we might spend eternity with God the Father. 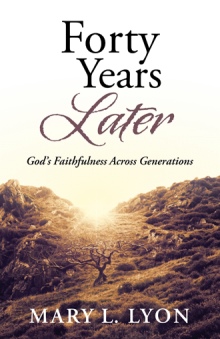 The theme throughout Scripture is that man sins and God forgives. Man is unfaithful, and God is ever faithful. God walks with us even when we are walking down the wrong path. God wants us to have power over sin. He wants to build faithfulness in us. He wants to take us by the hand and walk with us down the right path.

God’s walk with us begins with His living Word, Jesus Christ, and His written Word, the Bible. He Walks with Us examines both and uses both to explain God’s role. Ultimately, it is all God and none of us. The truth is that we are because He is. He is the author and perfecter of our faith. It is wonderful to know that we cannot fail when God has the responsibility for our success.

He Walks with Us is how God will succeed at that good work that He has started within us.

Mary served as a missionary for ten years, two of which were in Greece. She has Masters’ degrees in counseling and engineering management and a professional engineering license in mechanical engineering. She resides with family in Sacramento, California.