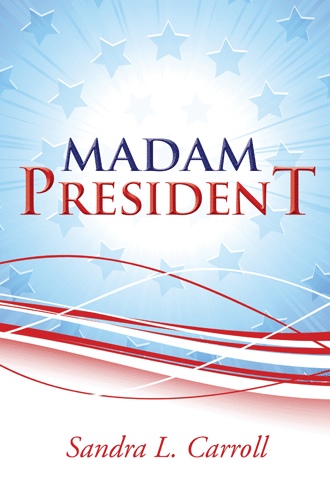 Yes, indeed……here I stand in front of thousands of Americans and our Nation’s Capital on this glorious January day in my navy cashmere dress coat, Giorgio Armani navy blue suit, light blue silk blouse and lovely Jimmy Choo heels, the first female President of the United States of America. That’s right, finally after 43 male Presidents, the 45th President of the United States of America is a 55 year old Caucasian woman of Irish, Dutch descent. Go figure! As I stand here before millions of people watching all over the world, the adrenalin is pumping through my veins so fast I think my heart might explode. I have goose bumps under my clothes covering every inch of my 5’ 8” body. And the goose bumps aren’t from being cold; no, they’re from the pure excitement of this glorious moment. I’m here representing American women who have fought for or waited patiently for their voices to be heard and to have the same rights that men have. This is indeed, a great victory for women, to have one of their own elected to the highest office in the land. Here I stand, my auburn hair glimmering in the sun while my blue eyes fight back tears of happiness. It’s been a long time in coming, this victory for women; but this great day has finally arrived! God bless the U.S.A., and its voters!

After taking the oath of office, I approach the podium; looking over the crowd of thousands and think to myself……. how in God’s name did I make it all the way to the White House? I guess the best way to explain how I’ve achieved this monumental feat is to start from the beginning.

Megan Margo O’Brien dreams of becoming president of the United States—and in order to do so, she is willing to work.

She begins her career in her home country, serving as Staff Judge Advocate in the Air Force JAG Corp. Following her service, she returns to private life and practices family law in St. Paul, Minnesota, eventually becoming the state’s first female senator. Along the way, she finds time for marvelously sensuous love affairs and eventually meets her one true love. Despite living in a man’s world, Megan believes in herself and her strengths. Through them, she develops a successful political career that carries her closer to her dream of the highest office in the land.

Her determination turns her lifelong dream into reality, and in 2016 she becomes the first woman to be elected president of the United States. As one of the most powerful people in the world, Megan fights for equality for women and never bends beneath the pressure. Hear of her leadership—her world—in her own words as one woman breaks all the barriers.

Sandra L. Carroll is retired from county government. Working in the judicial system gave her unique insights into what women endure. She has two sons and lives in Stuart, Florida, with her family. Madam President is her first novel.