The Impact of Cody Lehe 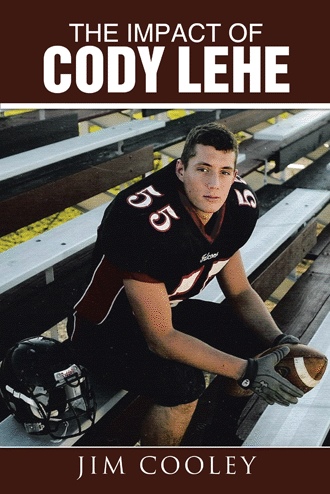 My mother always wanted me to be a writer. In fourth grade, I won an award for a paper I had written about Patrick Henry. I vividly remember how pleased my mom looked, as she sat in the front row of a meeting of the Daughters of the American Revolution, while I read my story. Mom had big plans for me. She thought I might aspire to become a sports reporter, as it would combine my love of sports and my affinity towards writing. My mother was used to getting her way. I won’t say that she was disappointed when I pursued a career in physical therapy, but she always wanted me to keep writing.
She was pleased when I took a six-month sabbatical from my job to travel to Oregon and try my hand at writing children’s stories. There, I wrote a lot and did just as much hiking. When I finished a story, I would mail it to my mother for her review. Unfortunately, she liked my writing much more than the publishing houses did.
So, I returned to my job, married, and soon had two sons. I would still write occasionally, but the business of raising two young boys cut into any time I could devote to writing. Whatever I did complete, I would pass along to my mother, who always was full of praise and suggestions.
I wrote my final story more than five years ago. It was a children’s picture book about a grandmother who loved to celebrate Easter. Her favorite part was the Easter Treasure Hunt. And, it was her grandsons’ favorite, as well. The grandma would put rhyming clues onto egg- shaped colored paper, so that a series would direct her grandchildren on a quest to locate their Easter baskets. The boys loved to find their hidden treasures of chocolate bunnies, hand-dipped candies, colored eggs, and kites.
“Hop like a bunny, my little one.
Go peek at the water spigot.
Hurry now, run, run, run.”
The grandsons would rush to find the next clue. After four or five such searches, they’d be directed to their treasure. The boys would delight in their goodies, and then scramble to search for the second brother’s basket.
And, so it went, Easter after Easter, as the boys grew older. Their father enjoyed each Easter Treasure Hunt as much as his sons did, reliving the joy of past Easters of his youth. One year, though, the grandmother began to feel weak. When Easter arrived, she did not have the energy to make the clues for her grandchildren.
Knowing that Grandma did not feel well, the boys were saddened by the thought of missing their Easter tradition. So, they made an Easter hunt for their grandmother. They placed clues in a small area of the house, so that their grandmother would not have to walk far. They even made her a special surprise for the end of the search.
I elaborated on this story for my mother in April 2008, two weeks after she had been diagnosed with stage IV colon cancer. Her grandsons illustrated the tale. When my parents came to our house to celebrate Easter, we read her the story. Then, we all helped her search for her Easter surprise. We laughed; I cried, and my mother shook her head and told me not to be such a baby.
That was Mom’s final Easter. She passed away in August of that year. I didn’t feel like writing anymore, until now. Truthfully, the normal trappings of everyday life, along with coaching my sons’ sports teams, left little time to sit and write. Besides, my biggest literary fan was no longer present to read what I might have composed, anyway.
And so, a busy life moved forward. I had just finished coaching my son’s elementary school basketball team and was looking forward to a Sunday when we had no AAU basketball games. There was no travel baseball practice until that evening, and soccer season would not start for two more weeks. The boys had spent the night at their friend’s house, and we had all gone to church on Saturday evening. My wife and I were looking forward to sleeping late.
However at 4:30 a.m., I awoke with the story that will follow, in my mind. I hadn’t thought of Cody Lehe, the subject of this story, since I had seen him for a physical therapy session, the previous Thursday afternoon. Yet, on the morning of March 7, 2010, I could not get Cody out of my mind. I rolled over and tried to go back to sleep, but as I lay there I kept thinking about Cody and his recent past. As my mind drifted in and out of sleep, I imagined a story about Cody’s life. It was a very vivid tale, not simply a passage or two, but an outline of each chapter, laid out before me.
I eventually gave up on sleep and climbed from bed. I wandered into our office, and began to type. That is where my wife found me three hours later, still typing. Looking up from the computer, I told her how I had been awakened with the story stuck in my mind.
“That was your mother that woke you up,” my wife chuckled. “She’s up in heaven inspiring you. She wanted you to get up, and get busy writing.”
“You might be right,” I laughed. “But couldn’t she have waited until 7 o’clock?”
And, so I have written. Sometimes I felt inspired, sometimes not so much. Yet, no matter what, it felt good to write again. Through my writing, I have laughed and cried as I delved into Cody’s story. I hope that you find it as moving as I have. I think that my mom would have enjoyed it.

Over one million young men and women play high school football in the United States each year. Many of these athletes will be diagnosed with a concussion. Others may suffer from a concussion but are not aware or do not report it. The story of Cody Lehe is a cautionary tale of the dangers of playing with concussive symptoms.

This insightful story offers a look into the sacrifices that Cody’s family has made to help him adapt to his new life, after injury. It also displays Cody’s determination and sense of humor as he struggles to stand, transfer, walk, and especially carve out a new identity for himself. Cody’s story is inspiring and educational. The goal of this story and of the Lehe family is to raise concussion awareness so that athletes can continue to safely play the sports that Cody loves. Cody’s warning to every young athlete is: “If you ever have a headache (or other symptom) in a game (or practice), sit out, Bub, right now, or you are going to regret it!”

Net Proceeds from the sale of this book will help fund concussion education and research in honor of Cody Lehe.

Jim Cooley is a pediatric physical therapist who has always enjoyed writing. He lives in Lafayette, Indiana, with his wife and two sons. The Cooley family enjoys hiking, biking, sports, and all sorts of outdoor activities.