The Phoenix – Rising from the Ashes 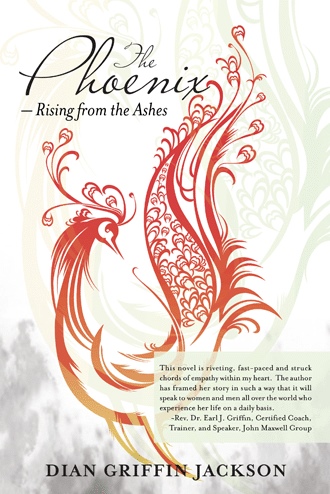 Who would have thought our marriage would have come to this! Just sixteen short years earlier, William and I didn’t even know each other. We met at a bake sale and car wash his church was holding as a fundraiser. Can’t even recall the reason for the fundraiser now. William was frying fish. He was working so hard. Very diligent. He made some off side comment about how I looked in my shorts. He wasn’t disrespectful. As a matter of fact, I found the comment flattering. Never expected anything to come of it. I was there only because my best girl friend was a part of the activity. She had invited me to stop by and buy a dinner.

Shortly thereafter, my girlfriend, Madeleine, invited me to join a choir she had started at her home church, Rock of the Pines United Church of Christ. I didn’t know it at the time, but this was to prove to be a life-changing introduction for me, in more ways than one. Madeleine and I had been friends it seemed for ages, though it had only been about eight years. We met at another church in the Queen City, Charlotte, where she was very involved in the youth ministries there

“Hey,” came this delightful voice across the miles. “It’s me!”

“Hello yourself,” I responded, as always glad to hear from Madeleine. “I’m calling because I have great news,” she said. “Oh Lord,” I said with laughter in my heart, thinking she had met another wonderful guy. Madeleine’s news was usually filled with tidbits of another ‘really nice guy’. I awaited her response with anticipation. ‘I’ve started a choir,” she burst out! “A what”? “Where”? Immediately, my ears and eyes were wide open to this news! “At my church, Rock of the Pines United Church of Christ. I need you to join. I know how much you love to sing. You would love the people. They’re a good group!”

Madeleine raced on with more about this choir and her excitement was completely contagious. I had so missed singing and being with a faith community. By this point, I was ready to give the institutional church another chance to embrace me as a daughter of God

I remember the first night of rehearsal. One of the female members said something to me to indicate that she would fight if she had to. It came out of nowhere. And I retorted that I could fight too and no one was afraid of her. The guy who was the funny man of the group, took me under his wings right then and there, and told the lady to mind her business and leave me alone, saying I was new and he was certain I had meant no harm by the remark I had made (whatever it was). I do not recall the specific remark. I do know that the lady and I had several of those episodic moments for a while. And the funny guy always had my back. His name was William.

Talking with William became a game for me. At first. My intent was to see just how well I could get over on him. Nothing would have come of the game, I don’t think. Except, the brother could dance. He was just tall enough to be taller than I was, but not so tall that we couldn’t ‘fit’, you know. One night he had come to see me at my house. I don’t exactly recall where Malek and Natalia were, maybe in the bed. William and I started dancing to one of the late great R&B sounds. The brother was smooth. By the time he left that night, I was flat out hot. Point blank. I knew right then he’d have to come back. Me and my libido. Goodness. I never expected to be carrying his child one year later, and subsequently Mrs. William J. Bell, one year after that. Here we are, sixteen years and two sons later. Look at the mess we got ourselves into.

Praise for The Phoenix

“The constant pressures from the men she dared to love caused Melanie to crumble under their attacks. She is now soaring on the wings of an eagle, flying high into the deep blue sky, moving forward to fulfill her destiny. A must-read!”

Uniquely Christian, uniquely honest – this book amazes, delights, saddens and ultimately encourages each reader who knows the joy and pain inside a marriage. With shocking honesty, author Dian Griffin Jackson tells a story of love, abuse and the hard work of rebuilding. A must read book for pastor and parishioner alike – anyone ready to know the reality of resurrection.

Melanie Bell—a university graduate, devoted wife and mother, pastor, and many things in between—searches for the love and acceptance that has eluded her since birth.

The Phoenix – Rising from the Ashes follows Melanie’s struggles as a teenage mom who became a wife and mother of two early in life and as a woman who loved her husband and desired to please him above all else and make him happy. During therapy, she learns there’s a thirsty, hungry, needy little girl inside who is looking for her parents’ love and acceptance. After leaving her abusive husband, she sets out to find a man who will love her enough to help her right the wrongs both she and her mother experienced. She is also determined to reconcile the disenfranchised little girl with the beautiful, phenomenal woman she is certain the Creator has made her to be.

A story of growing up too soon, this novel shares the journey of a woman who has been through the fires and storms of life and realized that—despite the teachings of the church intended to dehumanize her by telling her she is dirty, wretched, and unclean—she has had God’s favor her entire life.

Dian Griffin Jackson earned a bachelor’s degree in sociology and an MDiv; she is currently completing a DMin. An ordained minister, she serves a congregation in Rockingham, North Carolina, where she also resides. This is her debut novel.