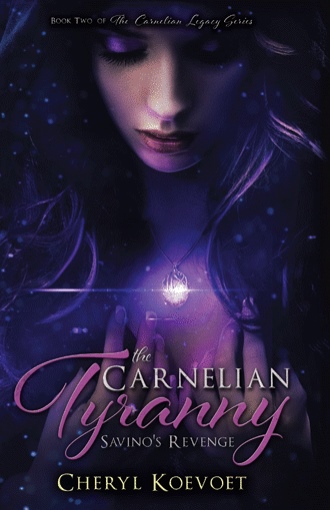 In a tense, boardroom-like atmosphere, a formidable group of men sat around a large slate table, their swords and weapons hung on racks behind them. Clad in elegant yet functional suits of armor and heavy cloaks that kept them from freezing even in the coldest of winters, the mismatched array of grim faces stared at Raniero.

Without a word, he pulled out the only empty seat, placing his dagger on the rack behind it. He settled into the plush velvet chair and crossed his arms, raising his chin slightly to meet the gaze of his host sitting at the other end.

The striking blond man drummed his fingers calmly on the table, watching the latecomer in stony silence. His tall, slender frame was accentuated perfectly by an elegant blue tunic and black cloak that could only have been crafted by the finest tailor in the kingdom. With an angular strong jaw, fair skin and high cheekbones, the Viscount Savino da Rocha was often described by others as charmingly handsome. But as Raniero came face-to-face with the piercing blue eyes of his former protégé, he knew that the young man’s attractive exterior concealed a chilling darkness hidden just under its surface. Upon closer examination, one could see the hardened lines in his expression, hinting at his ruthless nature and making him appear much older than his twenty years.

“Lord Raniero, how kind of you to join us,” Savino said, his voice dripping with sarcasm.

“Forgive me, Your Grace, but I was unavoidably de—”

“—I would thank you to address me by my proper title.”

He stared at the young blond man, swallowing his last ounce of pride. “I beg your pardon, Your Royal Highness. My deepest apologies for my mistake.”

Savino shot him a warning glance before continuing. “Now that we are all assembled, we may continue. As you are already aware, after my father’s passing some time ago, I became the successor to the Crocine throne and by law, the Supreme Ruler of Carnelia. However, at this very moment, there is an imposter occupying my throne. The coronation is set to take place in the capital city in just a few weeks, and the time to strike is now.” He paused for effect, rising to his feet and strolling around the room, clasping his hands behind his back. “I shall seize the throne by all means possible, but I must have your assurances that each of you stands behind me.”

“Here, here,” the men shouted, banging their fists on the table in a show of support.

Savino stopped and crossed his arms, waiting for the noise to die down before continuing. “The young woman and my cousin have been conspiring against me. Even now, they hold Lady Matilda hostage in Crocetta and will not allow me to see or even contact her. Dear gentlemen—that in itself is grounds for war.”

The noise grew loud once again as they banged on the table in protest, nodding to each other in agreement.

He held up a hand, silencing the commotion. “If we are to rule Carnelia the way our fathers and grandfathers ruled before us, then we must end the domination of the Fiore dynasty and that of the Order of the Crimson Knights. They are the last stronghold that remains against the future we envision for Carnelia.”

“The Crimson Order is doomed!” an elderly, thin man with a gray beard shouted.

“The Crimson Knights control each of the ten kingdoms, and they must be rooted out. I have set a plan in motion that will exterminate the knights from the Crocine Kingdom. Each of you, however, shall be responsible for the cleansing of your own kingdoms.”

A gaunt, silver-haired gentleman with a prominent nose and wrinkly face rose to his feet. “Pardon my skepticism, Your Highness, but what about the kingdoms not represented here?” He gestured to the men sitting around the table. “While I am confident of my ability to dispose of all knights in the Mychen kingdom, what are we to do about all the others?”

Across the table, a portly man with salt-and-pepper hair stood. “I concur with King Ratticles. The Crimson Knights of Drychen are all but extinct, but I cannot control what happens outside my borders.”

“King Ratticles, King Armentrois, I appreciate your concern,” Savino said, lifting his hands to reassure them. “But by joining the warrior forces and the Apollyon Order together, we shall form an invincible army that will be capable of destroying every last Crimson Knight.”

He wheeled around and strode over to a large wooden desk in the corner. Staring down at the graceful calligraphy on the parchment, Savino’s eyes stopped on Darian’s elegant signature. His face twisted into an angry scowl as he grasped the document with both hands, holding it up for them to see.

“Is this what they expect me to sign? Am I just to lay down my arms and give up my throne?”

A few of the men shifted uncomfortably.

“I shall not!” he roared, the spittle flying from his lips. “This shall be my response!” In one swift stroke, he tore the parchment from top to bottom. “If my enemies do not abide by the rules, then neither shall I!” Ripping the document again and again, he placed the pieces of torn paper into a pile, dusted off his hands, and gazed intently into the stoic faces around the table. “Make no mistake, gentlemen, I shall not be mocked. These worthless scraps of paper shall be returned to the traitors. They shall pay for insulting His Majesty, King da Rocha.”

The men jumped to their feet. “Long Live the King! Long Live the King!” they chanted, banging loudly on the table. Outside the door of the antechamber, a large, cloaked figure slipped down the corridor. He had heard enough. 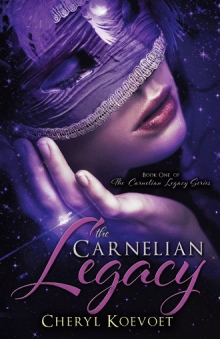 Three months after her fateful trip through the vortex, Marisa MacCallum is struggling to cope with the responsibilities of being a royal. And with only a few weeks left before her coronation, she starts to have doubts about her engagement to the handsome Prince Darian Fiore.

But when palace spies uncover a secret plot to assassinate members of the royal family and annihilate the Crimson Knights, Marisa and Darian must put their future plans on hold to prevent Savino da Rocha and his legion of warrior giants from stealing the throne.

After narrowly escaping an attempt on her life, she is forced to defend the stronghold of Crocetta while Darian marches to war. But when Savino strikes at the heart of the kingdom with supernatural powers of darkness, Marisa becomes trapped in a spiritual battle with the potential to destroy her family and end the Fiore dynasty forever.

Cheryl Koevoet is the author of The Carnelian Legacy series. A native of Portland, Oregon, she currently lives in The Hague, The Netherlands with her husband, four children, two cats, and the laziest greyhound on the planet.