God And His Coexistent Relations To The Universe:

Scientific Advances Of The Little Gods From Pantheism through Deism, Theism, and Atheism to Panentheism 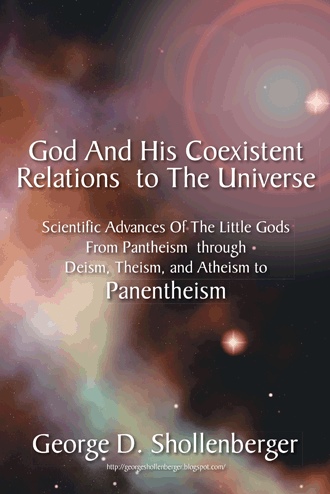 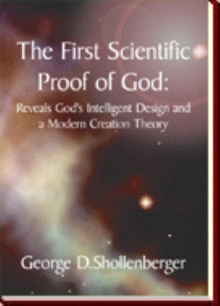 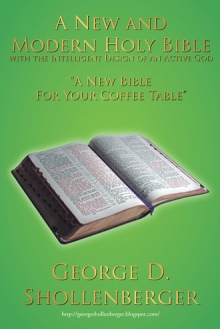 A New and Modern Holy Bible with the Intelligent Design of An Active God
George D. Shollenberger
$16.95

In the book,  God and His Coexistent Relations to the Universe, the author is rejecting the universe that Judaism, Christianity, Islam, Isaac Newton and Albert Einstein have accepted for a long period. To replace this old universe, an improved universe appeared from the thoughts of Confucius, Anaxagoras, Plato, and Jesus, who taught the death of our sun in Ch. 24 of Matthew. Unfortunately, this  teaching by Jesus was quieted for fifteen centuries by Irenaeus, until Copernicus stood up and said that earth is not the center of the universe. So, an improved universe was becoming very interesting to many scientists..

This improved universe of Copernicus would expand when Kepler found that our sun has a system of eight precise planets. Slowly, the improved universe would become very clear when  Leibniz found the immortal human souls and when Galileo found the bodies are made by these immortal souls. In 1766, Ben Franklin went to Germany in order to learn the immortal souls of Leibniz.  In the next ten years, Americans would separate America from England, which still accepts the old universe.

After this separation, more discoveries would come to the USA from German and Chinese thoughts. For example, Riemann would tell the world that the relationships of bodies in the universe can be determined only by our senses and measurements. With Riemann’s statement, the author concluded that God is always active. The author also found that God and the bodies in the universe come together with co-existent concepts.  With these advances, the author rejects the old universe and says that the people of many nations will form a new religion under an active God.

I was born on June 26, 1929 in Pine Grove, PA, USA. At school, people, science, mathematics and basketball became my life and made me an honored basketball player. Basketball records also show that I entertained people when I bounced the basketball onto the floor and it went through the net for two points. In 1947, I completed high school. Since the Cold War was coming, I enlisted in the Army and became a radio technician in the Army Security Agency. After coming home in 1950, I began college at Gettysburg. Since my GI Bill of Rights was limited, I moved to Philadelphia to work and attend night school. In 1954, I moved to Baltimore to work at Lockheed Martin Corporation. There, I continued my night school at Johns Hopkins University and graduated as a scientist in electrical engineering. In Figure 3 (on p.148), a new mathematical system was taught for the first time at JHU. I was one of its students. This new mathematics allows an electrical engineer to unite AC and DC electricity. At Lockheed Martin, this new math could transform large analog circuits into very small digital circuits. With this ability, I transformed the old analog telemetry system into a digital telemetry system. This digital telemetry system went into a spacecraft that carried John Glenn in an orbit around planet earth. This was the first orbit of man. Like other systems, all digital systems must be protected against world noise. World noise exists because God created the universe by relating all created things functionally. After developing a digital telemetry system in the early 1960s, business and industry began to produce many new and different digital systems. In the 1980s, home computers appeared. In 2010, digital TV screens appeared. In 1971, I joined the U.S. Department of Justice to fight against crime. My first assignment took me to the White House. There, President Nixon wanted (1) to develop a 4-day work week; (2) increase the protein diet of all Americans with the increased production of pigs; and (3) develop the underground --- for all water flow, for all electricity flow, and for all industrial production flow. I was impressed. One of my advanced technology projects at Justice was the development of bullet-proof vests. These vests saved the lives of hundreds of police. As time passed, my mind moved toward God and higher levels of thought. Such thoughts would empty the U.S. prisons and fill the pews of religions. These higher levels of thought appeared after I rejected the belief that criminals are born. This false belief would support Darwin’s evolution theory. In time, I concluded that crime is caused by the flawed national language of every nation. In 1994, I retired. But my continued desire to penetrate ‘the unknown’ led me to deeper thoughts on God, the universe, and the human mind. In 2006, my first book proved scientifically that God exists. In 2012, in my second book, the thoughts of Jesus are rebuilt. This new research exposes many new truths about God, the universe, God’s Intelligent Design, and the life of humans.