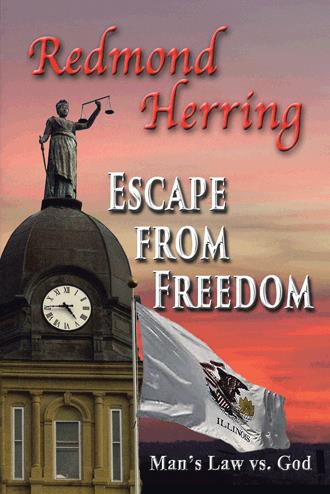 Sara had dreams of being the perfect preacher’s wife and when she finally found the man who was learning to be one, she settled into his oddly manipulated life. Once married, the life she had dreamed of quickly turned into a nightmare from hell as her husband, who practiced the old ways, dominated her every move. For eighteen years, Sara was a subservient hostage at the mercy of a half-crazed man while raising five children, and kept in the throes of poverty while her husband and his twin brother stockpiled the family’s cash at their parents farmstead in Iowa. With help from her brother, she loads up a moving truck, takes the kids, and flees for her life. But her nightmare is only just beginning. Escape from Freedom is not your typical mystery-suspense novel. It takes the warped world of fanatical religion and mixes in murder, theft, arson, mental illness, gender inequalities, and those in-laws you just never could learn to like. Redmond Herring’s unique narrative voice is reminiscent of old Perry Mason episodes, reading as if coming from court documents and other legal files while the actual story plays out before your eyes. The characters are remarkably developed and you quickly build a personal bond to them, whether pleasant or hateful. The story is what will captivate you when reading this book. It’s a graceful progression from chapter to chapter, never rushed or forced, that will keep you hanging with every new little piece of information that is uncovered right up to the very end. This book is slated to be part of a ten book series, which Herring had already laid out. If you are on the market for something entirely out of the norm, Escape from Freedom should be at the top of your list. 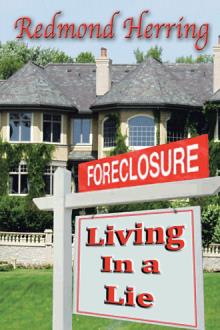 Redmond Herring's first mystery novel... challenges the integrity of the juridical courts system when governing family affairs such as divorce, dividing marital assets, child custody, child support, abuse and mental illness. Herring has created a true to life story (maybe fictional), about a young mother of five, who must escape her marriage of seventeen years from a fundamental Baptist preacher who has gone insane.

This story is an example of how distorted the courts are when deciding legal matters for unwary litigants who are seeking fair and just solutions. In many cases, litigants become powerless against bias judges and unethical lawyers leaving the victims without any remedies against the criminals.

As a legal consultant, Redmond Herring helps his main characters overcome the injustice by fending off angry opponents and unraveling countless legal issues. Sara learns how to counteract the corruption in four jurisdictions including Criminal Court, Family Court, Civil Court and Federal Court.

This is not your typical mystery novel nor is it a 'How to" fight for legal justice. You'll be captivated while learning the outcome of Herring's main protagonist.

Gerald Weaver, grew up in a small town in Southern Minnesota during the "nineteen-sixties" era when many Americans believed they were living at the dawn of a golden age, setting the stage for the rest of the decade. As a fourth-generation German imingrant, young Weaver was raised in a middle class, Christian home, with an idyllic life, the“American Dream.”

However, by the end the “Great Society,” 10-years later, the unreasonable social vision became a nightmare for young men who were forced into the arm services (the draft). John F. Kennedy was assiassinated during Gerald’s senior year in high school, the Vietnam War escalated, young men were forced to alter their futures and discharge their dreams for a better life. Weaver lived in the mist of a dramatic uphevel that changed social attitudes towards blacks and homosexuals. Mainly because these men were unwanted in the military.

Gerald took notice to the civil arrest in the 1970s, the Greatest Generation started the moment of Equal Rights for minorities, black, gays, and for women. Realizing the injustice in America, Weaver’s attitude began to change as he grew older, facing employment responsibilities, family development and ecomonic disparaties while learning to accept social inequities.

Living through 50-years of social unrest America, Weaver realized he had a responsibility to tell the “behind-the-scenes” stories that challenged the average middle class. Stories untold by political leaders, stories of how US laws destroyed families, and stories of how financial differences caused great imbalance in the judicial system.

Gerald Weaver, created his protagonist, Redmond Herring, to be a defender for the victims of social indifference. During the 1990s, after witnessing unfair courtroom procedures and corrupt discrimination in four different state courts, the author documented the legal injustice in two county courts, two district courts and the 8th US District Court. Herring became a legal advocate in matters relating to Juvenile Court, Family Court, Divorce Court, Criminal Court and Civil Court. Herring acquired an unique perspective to the unfairness of judges, prosecutors, public defenders and the Federal Government.

Realizing how the legal system influenced his personal fate, the author took notice to how social injustice effects everyone's life... criminals are exonerated after years of fighting the courts, families are broken apart by insensitive judges, minor legal violations escalate into capital offenses when the system fails to protect the accused.

Redmond Herring books are a collection of common experiences that are outside the realm of social awareness.

Escape from Freedom and Living in a Lie expose the inequities of US laws that harm women, children, and the impoverished. Herring’s third novel, soon to be released, Sakatah Man illustrates the bigotry and bias that existed in the 1970s, and still in the 21st Century.