Behold, I Give unto You Power 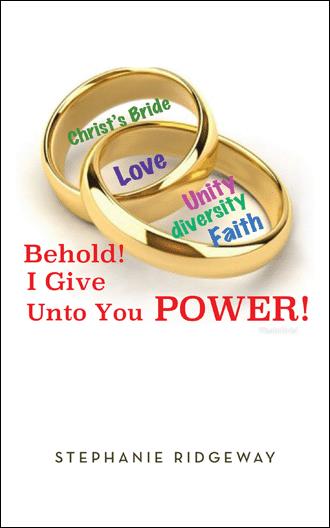 Visions of Jesus and Angels
A vision was given to me of heaven while in the country of Hanau, Germany, between the years 1994-1999. In the vision, I was taken to heaven. Two angels appeared to me and stated that they were taking me to see Jesus. I remember being in such awe, and doubt. I replied, “Yeah right!” Who gets such an honor? The two angels continued escorting me through the city of Heaven. They were dressed in linen tunics, similar to the kinds we have on earth that string up at the neck, often worn in the evenings on the beach. Their appearance was so beautiful. They didn’t have wings. They appeared in the likeness of men, but I knew that they were angels. Upon entering the mansion of Jesus, I saw the most gorgeous man I had ever laid eyes upon at the top of a staircase. Such a love overshadowed me that I had never, ever experienced before. It was intimacy. Everything in me wanted to worship him. If I could have taken out my soul and given it to him, I would have. He came down from a high staircase and stood in front of me. I knew it was Jesus. I had worshipped him so many times before. His presence was the same as it was on earth when we worshipped at church, but magnified to a much higher degree. He knew me. He knew everything about me without saying a word. He told me everything about myself without opening his mouth, or was it because He was so holy that I was made aware. He had eyes of fire. He knew I felt ashamed that I was not complete, or worthy to stand in his presence. He knew my thoughts and said, “I love you.” Intuitively, I understood Him to say, “In spite of the flaws you see in yourself, I accepted you. “I felt overjoyed, so I relaxed. He told me that my sins were washed away. It felt so good being in His presence. He told me to write down what I saw when I returned to earth. He also said, “Don’t forget!” I left His presence happy as a little kid. I agreed that I would write it. That encounter was years ago, but it has kept me hanging on in this Christian walk. Some of my friends have fallen by the wayside and backslidden, but not me. I want to live forever with Jesus and those beautiful angels that I saw.

Sharing the heart of God about important issues that exist in the Body of Christ, Behold, I Give Unto You Power, empowers you to walk in agreement with God’s written word, in order to see change take place in your life through prayer and application. Author, Stephanie E. Hogan shows you how to learn to walk in love and continue God’s mission for your life after experiencing rejection and abandonment by those expected to demonstrate Christ-like character – but who often don’t. Stephanie shares stories, anecdotes, and Scripture to capture the love that God has for his people and reveals how he expects them to walk in the same supernatural love and forgiveness. She also depicts how Jesus relates to feelings of rejection, isolation, abandonment, and devastation. Behold, I Give unto You Power shares how love and forgiveness bring about peace, fellowship, restoration, and oneness with others and God and tells how to accept your identity in Jesus Christ and find total fulfillment. In this collection of essays, Hogan shows how applying biblical principles to your life and following Jesus’ examples can help you through your afflictions and overcome your pain.

Stephanie E. Hogan earned a master of education degree in reading and a bachelor’s degree in elementary education. She is actively involved in ministry and outreach at her local church. Hogan has two sons and lives in North Carolina.