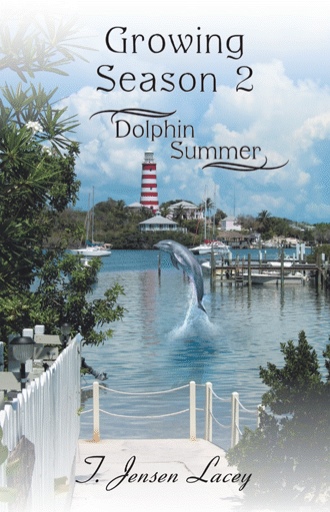 BANG! The gavel sounded like a drum in the packed courtroom, then the judge said in his gravelly voice, “This court is called to order.” He turned his stern, dark expression to the jury of 12 men and women. “Has the jury reached a verdict?”

I held my breath and waited to hear the verdict. I watched my Dad as he and the man he was defending, Marcus St. John, sat at a table in the front of the courtroom. I could see tension in their shoulders as they sat, my Dad’s hand on St. John’s elbow, waiting for words from the jury that would change the man’s life forever.

His life, and his son’s, I thought, eyeing Vincent—that Gothic of all Gothics—who stood beside me. How he got through security at the courthouse with all that body piercing was a mystery. I hadn’t liked him since the day we met, which was right after his Dad was arrested.

Like me, Vincent was also very still, and it seemed he was holding his breath—a relief for me, I thought, since his breath was usually so totally obnoxious. I thought to myself, Well this will be over in just a few minutes, then, as Dad says, ‘being supportive of Vincent’ will be history. It was still hard, though, not to be mad at Dad for my having to let this guy tag along with me every day through this trial. This was a bad beginning for my 14th summer!

A woman in the jury box stood up, a piece of paper in her hand. “We have reached a verdict, your honor.”

“The defendant and his counselor will please rise to hear the verdict.” The judge looked back to the jury foreman. “Will you please read the verdict for the court?”

The woman looked down at the piece of paper in her hand. “We find the defendant, Marcus St. John, guilty on two counts of vehicular manslaughter.” She paused as the room filled with cries of relief and shock—relief on the part of the two people’s families that St. John had put an end to when his car slammed into them one night when he was wasted and behind the wheel, and shock on the part of friends of St. John’s.

Friends, and family—in this case, Gothic Boy, who had been standing next to me, but was now sitting in the bench beside me, head in his hands, the picture of teenage despair.

“Order! Order, I say!” The judge banged his gavel again and frowned at the scene before him, watching people either hug or cry. “I will have order or I will clear this courtroom!”

He turned to the juror. “What sentence does the jury recommend?”

The woman looked out over the packed courtroom. “The jury recommends the full penalty, your honor.”

“Thank you.” The judge cleared his throat, paused for a moment, then said, “Marcus St. John, you are hereby sentenced by this court to be remanded over to Elmore State Penitentiary in Wetumpka, Alabama, where you will serve your time of two consecutive life sentences for the deaths of Mary Smith and her husband, John Smith.” He banged the gavel again. “Court is adjourned.”

“One moment, please, Your Honor,” my Dad stood even taller now, and I saw Vincent’s Dad, Marcus St. John, whispering earnestly into his ear. If he wants to appeal right away, would I be stuck with the Gothic Prince even longer? I almost groaned out loud at the thought.

The judge looked surprised, bushy eyebrows raised like shrubs in a high wind.

My Dad and St. John leaned into each other and Gothic Boy looked up to me. “What’s goin’ on?” Black looked good on some people, but this guy—hair dyed black, black shirt, black pants, black shoes—just couldn’t pull it off. I wondered if he cared.

“Something’s about to happen.”

“I don’t know.” I gave him an impatient wave of a hand. “Listen—maybe we’ll find out.” I had to get rid of this kid!

“If you will give me just a moment, Your Honor.” Then Dad surprised me by coming to where I sat with Vincent. “We need to talk about something.”

I had a strange feeling in my stomach, like I was about to hear something I wasn’t gonna like. “Okay.” I spread out my hands on my jeans to stop the beginning of the shakes I was feeling. “What is it, Dad?”

Dad looked at Vincent. “This concerns you—both of you. Over the course of this trial, I’ve gotten to know you, Vincent. I think you’re a fine young man, and you have no other family who can take you in. Your dad and I have talked about this, and he’s fine with the idea.”

“What?” we both said together.

“I am going to ask the judge if he will approve of my being your legal guardian while we appeal this,” Dad held up a hand to stop my protests, which was really just going to be in the form of a screamed “NO!”

He continued. “Even without the appeal, your dad will be in jail for a long time. He may get out on account of good behavior and a show of true repentance for his act. He is very sorry for what he did, and I think there’s hope for him. In the meantime, you can be a part of our family, for however long that is.”

“Dad,” I managed to choke, “Did you talk about this with Mom?”

“Yes,” Dad said, and I could only look at him, amazed, while he wrecked my world. “We talked about it since I met Marcus and took on this case. I took her with me to an Alcoholics Anonymous meeting they held in the jail one day, and she met Marcus. Then she met Vincent when we went over some briefings before the trial. She and I both think there’s room in our house, and in our hearts, for this young man.” He smiled at Vincent.

Vincent didn’t smile back, though, and as for me I hoped Dad caught my glare. Finally, things were okay with our family—Mom and Dad weren’t fighting anymore, my godparents, Rachel and Alfred Bean, had their twin babies they’d wanted forever, and I was about as happy as a 14 year old could be.

But now this kid was going to be in my face every day. At the dinner table, at school, out shopping, at school, ball games—

“Dad, could I talk to you for a minute—by myself?”

“Sure, but make it quick—that judge is looking impatient.” I stood up and got close enough to Dad to whisper, “What about me? What about my feelings? I don’t want Vincent to be part of our family. We don’t need anybody else!” I felt my cheeks get hot.

“But he needs us, Sugar.” Dad patted my shoulder the way grownups do when they think you don’t know anything about anything. “He needs us, and he doesn’t know it. Right now, you may think that all you have in common is your birth year. But this will turn out to be a good thing—you’ll see.” He turned to approach the bench and talk to the judge.

“My summer is ruined. My life is over.” I brushed past Vincent and sat down in the court bench. “Life sucks.”

“You think it sucks for you,” Vincent said in a low voice. “It’s not your dad that’s going to prison. Maybe, like, forever. Think about that. You think life sucks—it could always suck even worse than it does.”

“You’re not getting any sympathy from me,” I snorted. “I have to live with you now. It’s not enough that—” but before I could say anything else, the judge banged that stupid gavel again.

“It has been requested of this court, in a rather unusual turn of events, that the counselor in this case be allowed custody of the defendant’s child. Since there are no other family members known to be living who can support and protect this child—” and at that word, Vincent frowned—“and, since the only alternative would be to make said child a ward of the state, guardianship is hereby granted, pending an investigation by the Department of Human Services, who will follow this case.” 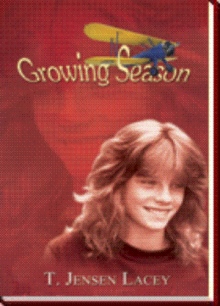 Fourteen-year-old Kati Newman likes her family just the way it is: happy. But just as her summer is about to begin in Cove Lake, Alabama, Kati’s attorney father decides to take in a teenager who finds himself alone after his dad is imprisoned. After working so hard to get her family back on track the previous summer, Kati is certain her life is now ruined.

Vincent St. John, a brooding, pierced Goth, is barely used to the idea of his new living situation when Kati’s godparents invite the family and Kati’s secret boyfriend, Alex, along on an expedition to coastal Alabama to help them research why dolphins and whales are mysteriously dying. While Kati struggles to accept Vincent, Alex reveals a telepathic gift that may help solve the puzzle of the dying mammals. As their journey leads them to the Caribbean, a hurricane brews and an evil man lurks in the shadows. But as the storm wreaks havoc and traps the teenagers on a remote island, Vincent divulges a dark secret with the power to transform his destiny.

In this young adult mystery, a teenage girl who thinks her summer is going to be a disaster is led on an unforgettable adventure where she discovers love, friendship, and the importance of unconditional acceptance.

T. Jensen Lacey has had seven stories published in the Chicken Soup for the Soul series. She is the author of eleven other books and more than seven hundred newspaper and magazine articles. Lacey currently lives in Alabama where she manages speaking engagements and conducts writers’ workshops.