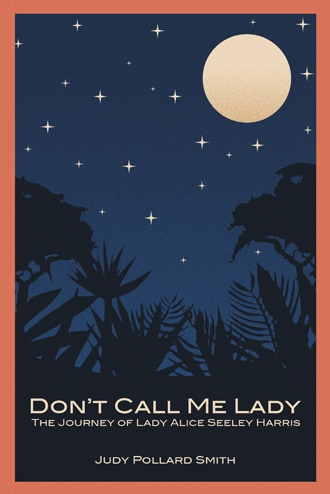 Narrator Speaks ~ The Congo Reform Association ~ 1904 Alice is growing weary. Their work is endless. The humidity is overwhelming. They miss Britain. There is a rich stew brewing, boiling and bubbling in the cauldron of public affairs. It consists of rich lashings of Leopold’s Congo affairs. It is peppered with Alice’s photographic documentation. It is stirred and whipped further with the bitter tales of British Consul Roger Casement. And there is the fellow known as Dene Morel. Dene Morel; former British shipping agent for the Elder Dempster lines. He has figured out, has seen with his own eyes, that the goods received from Congo at the Liverpool docks far exceed the goods returned. There is no fair exchange. He recognizes slave labour when he sees it. He leaves his employment, goes to Africa, starts his own English newspaper which he calls The West African Mail. Morel and Roger Casement meet one another and the two get along so well that Casement takes Morel to meet his family in Ireland for Christmas in 1903. Together they hatch a plan to start what will become known as The Congo Reform Association. In February of 1904 Roger Casement’s report becomes available to the British public who receive it with outrage. They hold the first meeting of the CRA on March 23rd, 1904 in the Philharmonic Hall in Liverpool. One thousand people arrive to hear their stories. “Enough!” the British public cries. “We have heard enough!” Leopold must go!” Alice and John will arrive back in Britain the following year to help the cause but not before they endure further problems. In 1904 Leopold, through a financier friend, sends an American- born journalist who is based in Britain on an expedition tour. Her name is Mary France Sheldon. She is to report back to the world how well things are going in Congo. She does as she is told and remarks to the press “I have witnessed more atrocities in London streets than I have ever seen in the Congo.” (Page 195, Jack Thompson). This she reports in spite of John Harris’s letter to her telling her that the rubber sentinels have killed and eaten a large number of people in a village near Baringa. The accusations are proven to be true. The Belgian agent to whom Mary Sheldon has passed Harris’s letter decides that the missionaries are hostile to the Belgian State. What to do with these recalcitrant missionaries, with Harris and his nosey little wife? Shoot at them of course. With guns. Make their lives as miserable and as terrifying as possible. The British Government appoints soldiers to stand guard over the Harris’s mission house in Baringa. Alice and John aren’t about to go anywhere. A more perfect set-up for a publicity photo could never be imagined. Praises be!

This biography tells the true story of one of history’s forgotten women, a Englishwoman named Alice Seeley Harris who has also been called the Mother of Human Rights. She has been hidden by her husband’s shadow since she started her African journey near the end of the Victorian era, but now her story is brought to light by author Judy Pollard Smith in Don’t Call Me Lady: The Journey of Lady Alice Seeley Harris.

Armed with her Bible, zeal, and a camera, Harris arrived in the steaming African jungle of Congo and documented the worst atrocities known to humanity. She captured enough evidence on her glass lantern slides to bring down the Belgian King Leopold, who ruled the colony of the Congo Free State. In this biography, Smith uses imagined conversations based on in-depth research to tell Harris’s story of her work. She also provides questions that allow her book to be used in classes or discussion groups.

The world gave credit to the men in this story, but Smith provides evidence that it was the young, English missionary and photographer whose bravery truly changed history.

Judy Pollard Smith recently retired from a career teaching English to Canada’s adult newcomers, who changed the way she thinks; for that, she thanks them. She and her husband live in Ontario, Canada.