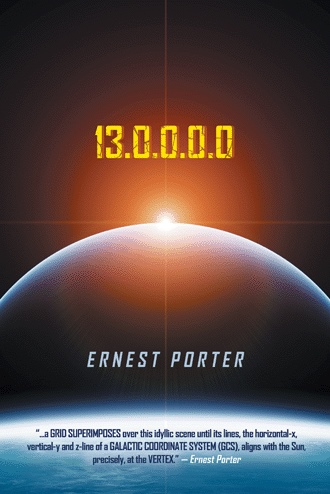 ”In mathematics, the notion that some functions and/or sequences approach a limit under special conditions. The notion that a sequence of transformations arrive at the same conclusions, regardless what order they are, finally, performed in.”

Dead silence. Cold and black as space. We watch, amazed, as an alien finger, gnarled and gray, presses a button. Pull in on a long-haired, fair-complected female. Female's face is skewed from view.

We pull back to reveal the base of the subject's cranium. It OPENS, ABRUPTLY, and exposes a hollowed out, flesh-lined interior.

The scene spins. Transports us to Earth. And not a moment too soon. But wait! Something monstrously discombobulated is glimpsed. A drooling fang, perhaps. A gnarled hand with claws. Moves. Prowls. Skims above the ground with amazing agility, over the cold forest floor.

A long-haired brunette races through the woods, her hair in the wind. She appears similar, but is larger than the female we saw in the earlier scene.

As she SCREAMS to wake the dead, again, a long alien finger, interfaces.

We watch as the alien finger fits a small device into a 2-by-2 square inch cavity inside of the female humanoid subject's neck.

FLASH! As the fleshy area around the square device closes.

A CROAK off in the distance.

We now know the horrible truth. She is being hunted. Like some wild beast, she is being tracked down and hunted.

From the pursuer's perspective, we see the woods moving fast as greased lightning!

From the woman's perspective, a horror struck glimpse back into the receding forest.

We hear the woman's labored-breathing. Panicked GASPS for air.

The PURSUER is upon her. We hear its savage HISSES and GROWLS. See the brunette stare up in horror, mouth gaped open at something we can't even begin to imagine.

She crawls backwards on her knuckles as 'It' descends upon her.

For the very first time, we see the aliens. They are on the Planet Nibiru, a massive spacecraft in the Earth's Outer Solar System, rotating in a much wider orbit around our Sun.

The two aliens are dressed in long, silvery red cloaks.

Their cheeks appear boney and sunken. Their eyes are like black pearls. Their skin is gray and fits over a frail, boney skeleton.

There are strange contraptions all around the small, white room. We see the petite female we met earlier, off in a corner of the room.

From what we can see, the female is very young and beautiful!

As for the aliens, one is thin and the other hefty. The thinner alien speaks, TELEPATHICALLY, about their on-going experiment.

Subtitles tell us what he is saying. “All human-alien hybrids have responded the same.”

We spin back to Planet Earth. Back to the woods, as a blinding light shines like a thousand strobes. We hear the brunette screaming, horribly.

The light subsides, revealing a clearing in the woods. Dead center of this clearing, we witness TWO FIGURES emerge out of a Nibiruan spacecraft. Like the aliens we saw earlier, it is plain that they are not human.

We are back with the brunette. She crawls now on her hands, falls and arcs onto her back. Her BELLY BULGES. Her flesh rearranges!

Slowly, a 'Thing,' crawls out of her.

Even as we watch, she touches what just crawled out of her.

An INFANT CREATURE is seen crawling over the DRIED LEAVES, away from its dead parent's body.

WAILS as it pushes through the forest at a preternatural speed!

A FLASH as the NEWBORN CRIES again!

It looks up now as the Nibiruan spacecraft LIFTS OFF from the GROUND and DISAPPEARS in the sky overhead.

We only now see in the half-moonlight that the creature is covered all over with blood, its features are hazed and indistinct.

It scrambles back to its deceased mother. Reaches a boy-like appendage, outwards.

Instantaneously, a FULLY DEVELOPED HUMAN MALE stands straight up. He is hazed over.

He gazes straight at us, his face serene, his sandy brown hair, long, below his shoulders.

All at once, a glob of CRIMSON BLOOD SLIMES the SCREEN, until the screen is completely and totally covered and the TITLES show over it:

In a very different future world, a physicist who has morphed into a 2-D, anti-matter monster because of a failed fission experiment plots his revenge against the Nibiruan scientists who forcibly trapped him between the past and the future. There is no question that Noxtrademon has gone completely mad.

Meanwhile, a man has been born cosmically determined to reset The Great Galactic Synchronization Clock to the center of time. Eric Holmes, now thirty and locked up in a cell within the Paranormal Clinical Institute, has no idea that this is his destiny until he finds himself inside the inter-dimensional obelisk with a Jinn-like man who calls himself Freeman. As the evil Noxtrademon plots to trap The Master of the Universe so he and his malevolent time-ghost progeny can escape and destroy Earth, Eric and Freeman, with a minor assist from the United States Navy and Nibiruan space fighters, must do everything in their power to discombobulate Noxtrademon and his sadistic army—before it is too late.

In this fast-paced science-fiction thriller, an intrepid hero existing millions upon millions of light years away from Earth embarks on a dangerous mission to fulfill his destiny and save the planet from destruction.

Ernest Porter grew up in Cleveland and attended Columbia College in New York City. He earned Associate of Arts and Associate of Science degrees from Tri-C College, where he was designated a National Dean’s List scholar. Ernest, a member of the Organization of Black Screenwriters, still lives in Cleveland, Ohio.