by Dale A. Smith 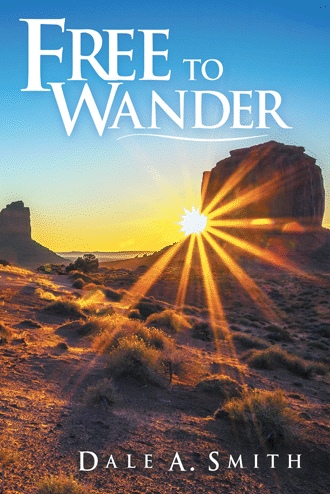 “Now listen,” said Jimmy as he took the dressed wild turkey and cut it into quarters. He figured Lewis was too intoxicated to cook the bird correctly. “ If anyone asks us if we are Secesh, just tell them we seceded from Tennessee before they seceded from the Union. We are real westerners now.”

In 1861, Jimmy Carl Gray and Lew McManus travel west to escape the horrors of the American Civil War and to seek silver, wealth, and peace. Their plans are changed, however, when the Texas Brigade invades the New Mexico Territory. The ambitious miners are forced to join the Confederate Army, unable to avoid the war they left behind.

Although mired in violence, Jimmy and Lew make the acquaintance of several intriguing characters. They meet a Mescalero Apache healer named Rodrigo Red Water, an unforgettable Colorado gold miner named Dirt Bradshaw, and even Wild Bill Hickock before he became a legend.

The Southwest is a wild place, full of diverse people, who face battles and other struggles as their various stories unfold. In this wild and colorful journey through their lives, these characters discover love, fear, greed, and the thirst for revenge as they struggle to live through a war that tore a country apart.

Dale Amelia Smith has written several books about the American Southwest. A love of history and knowledge of the foibles of human nature combine to create literary tall tales. Ms. Smith lives in Tennessee and has worked for State government, as a Probation Officer and Manager. Her second novel, "The Beloved Captive", continues the trilogy of the Dirt Bradshaw Series. She has recently completed a third novel, titled "Our Lady of Sorrows" and is working on a fourth story.